Health workers, especially doctors, went on strike for two or three days during Medicine Day week on March 14 in Turkey. The most frequently cited allegations were the burden of high compensation brought on by healthcare violence, inadequate wages and misconduct (medical malpractice). President Recep Tayyip Erdogan has announced that steps will be taken in this regard. Two regulations were presented in the presidency of the Turkish Grand National Assembly (TBMM) last week. DW asked the Turkish Medical Association (TTB), the Physicians’ Union, the Medical Syndicate (Tabip-Sen) and the striking Hekimsen about the proposed legislation. Hekimsen did not immediately return calls seeking comment.

The bill includes two rules on health violence. The first of these was the increase in punishment for the crime of “depriving the public of the right to benefit from public services” in Article 119 of the Turkish Penal Code, when it comes to health care. The other was that the Health Violence catalog included crimes that required arrest.

TTB General Secretary Prof. Bedat Bulut says arrests are currently required under the Health Services Basic Act for health violence, but this has been ignored by prosecutors. He said the provision would be more visible with this regulation and they expected positive results in the case. Also, Bulut criticizes the fact that exercises like the five-minute test period, which “increase violence in health,” are not excluded.

Physicians Union vice-president said. Yakup Gokhan Dogramasi added that the judges would take the matter more seriously because health violence is included in the catalog crime. In addition, Doğramacı said, “Our concern is not only to arrest the perpetrators. We are also being threatened with guns. There is no additional control over this matter.”

Tabip-Sen President. Ahmed Erchek said they considered the control of violence “positive but inadequate”. Referring to the complex situation of violence in the health sector, Erek said, “Our demands were not to enter the hospital with guns, to impose sanctions and fines on citizens (who have committed violence) for access to health services,” and hoped that these would be implemented in the future. .

“Intention does not explicitly express ‘purpose'”

Another provision in the bill was the establishment of a professional liability board within the Ministry of Health on misconduct. The seven-member committee will include five bureaucrats and two doctors from the ministry. Health workers can be investigated if the board allows rudeness. It will be decided who will be compensated for the misconduct, “(the health worker) considering whether he has misused his office by acting contrary to the requirements of his duty and considering the fault situation”.

There was also a debate among the doctors as to who would pay the compensation. President Erdogan says compensation will only be taken from health workers if there is a motive. 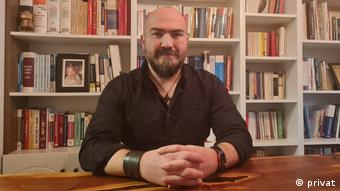 Dr. Doğramacı argued that the word “purpose” should be used instead of the expressions “abuse of duty” and “fault” in the text, and that the text was just as vague. Dr. Similarly, Erçek said, “The President mentioned this word in his speech, but this reference was not reflected in the text.” Both physicians said the bill, in its current form, would serve no purpose other than to centralize existing local boards.

Physicians further note that the presence of only two doctors on board can create problems in terms of proper work. Professor Bulut, on the other hand, argued that the absence of representatives of professional bodies and unions on the board could lead to bias, saying that “the state may compensate some physicians, such as the sword of a Democrat, and some physicians pay compensation themselves.”

There are no rules regarding fees

Another regulation announced by President Erdogan was related to wages. Erdogan said certain additional payments for healthcare workers would be included in the central budget and the amount of revolving funding would be increased. However, no action has been taken in this regard yet.

Dr. Doğramacı claimed that the increase would not only be limited to side payments, but would also increase basic wages. 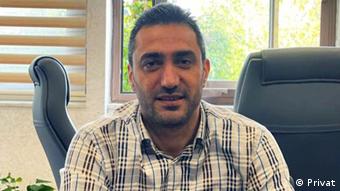 Dr. Erçek added that the total amount that would go into the pockets of doctors is important and the study should be completed as soon as possible. Professor Bulut, on the other hand, noted that doctors’ purchasing power had fallen by a third since 2003 and said, “Therefore, a 150 percent increase is needed.”

The strike will continue

When these rules were announced, it was a matter of curiosity whether the health workers would continue their strike. Professor Bulut said they would follow up on developments and take action again in April if necessary. Dr. Doğramacı said they had received an “indefinite strike” claim from the field and said they would determine their action plan soon. Dr. “If we do not take action on our personal rights, the protests will continue. There is no doubt about it,” Erchek said. Regulations on health malpractice and violence are expected to be enacted in the coming days.