We live in a world where emotions are corrupted and consumed every day, hour or even moment. The personal lives of the two are now filtering through the screens and shaking our homes every day.

The values ​​we have lost are slapping us in the face. The generation that grew up with Selvi Boylam Al Yazmalim, many of us watch old Turkish films over and over again for this reason. We look at the photos of old Turkey and sigh. We remember innocence, the glory of being a respected and civilized nation.

The debt of our gratitude to Atatুrk, who joined hands with his people to give us this honor, falls from our mouths. We can unite as a nation against minorities who cannot even bear its symbol … Why? Because Atatর্কrk traveled to the heart of the nation as a single warrior and won the heart of the Turkish nation.

Latif won his heart. Latif, as Mostafa Kamal calls it … Latif; It meant thin, elegant, kind, polite, beautiful … The image of the medallion, the symbol of his love for Gazi Mostafa Kamal, adorns his neck. Both the beginning and the end of their married life were full of love and respect. 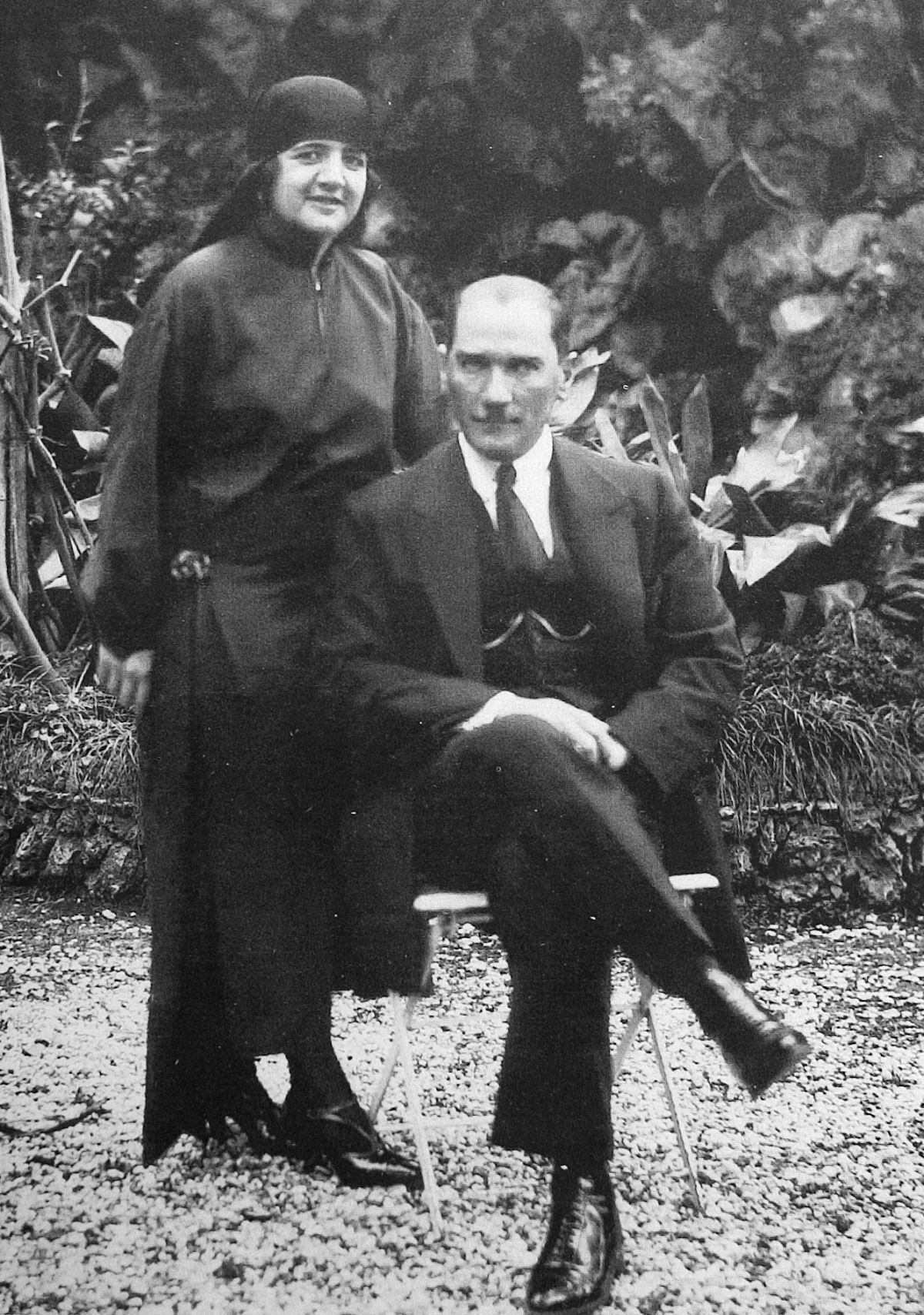 Mostafa Kamal wrote his marriage proposal behind a picture hanging on the wall and put a yellow rose on the bed with him. While tidying the house, Latif received a message with a rose and a note … he will not run to her, I want to hear marriage proposal from her. She hung the picture on the wall as if nothing had happened, and hid the rose in the collar of her dress. Mostafa Kamal continued to squirm in Latif’s silence. He couldn’t stand it at dinner, he asked.

– Latif, you tidied up my house today, didn’t you?

– Have you seen anything strange?

– Pasha, there was only one picture on your bed, I hung it on the wall.

– Well, there was a rose in the picture, what did you do with it?

Latif gently turned the collar and showed the rose. 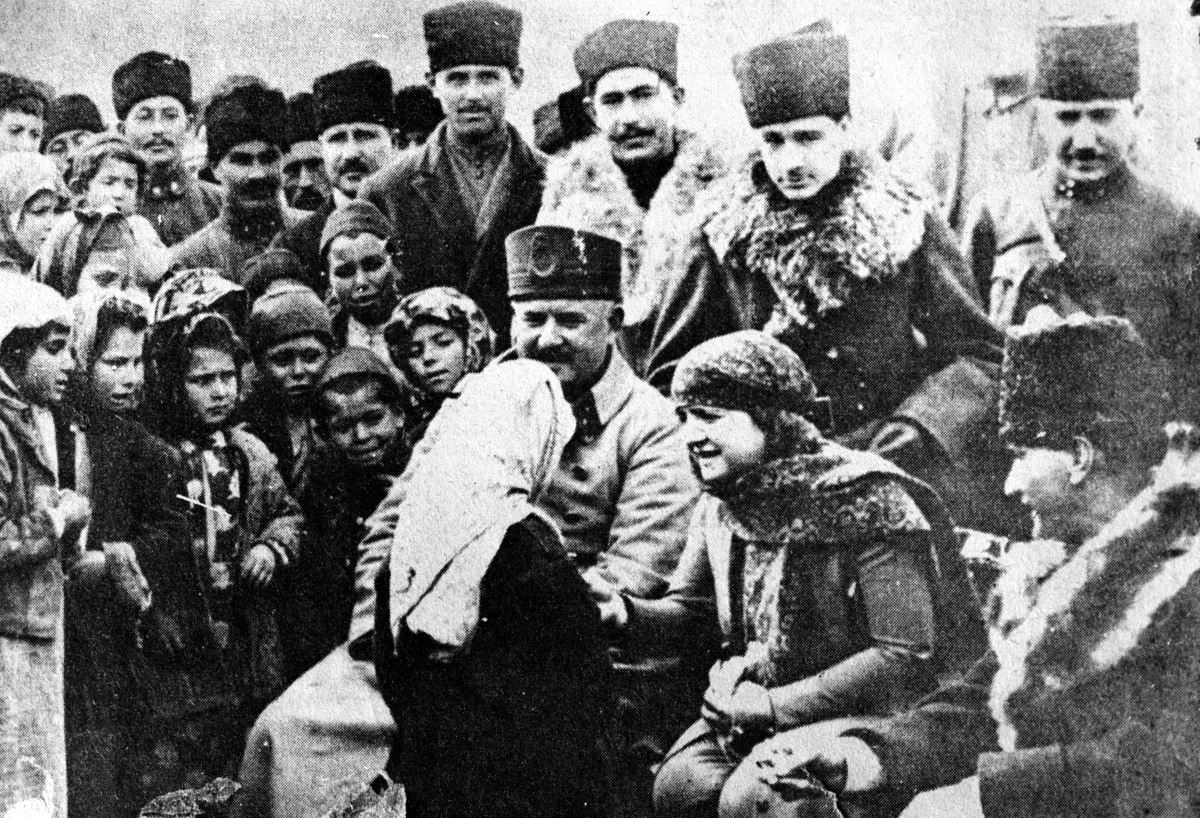 Married to a tiger

Latif and Mostafa Kamal were married on January 29, 1923. When the marriage union was established, the Turkish Civil Code was not adopted. However, Latif Haneem and his witnesses were able to attend the wedding. The marriage reunion, which started from the heart, was turbulent. In my opinion, Veled Chelebi (Izbudak) gave the most correct answer to the “why” question.

He heard Latif Haneem’s allegations about Mostafa Kamal and told him:

“Daughter! You married the tiger, not your husband. The tiger cannot be beaten!” 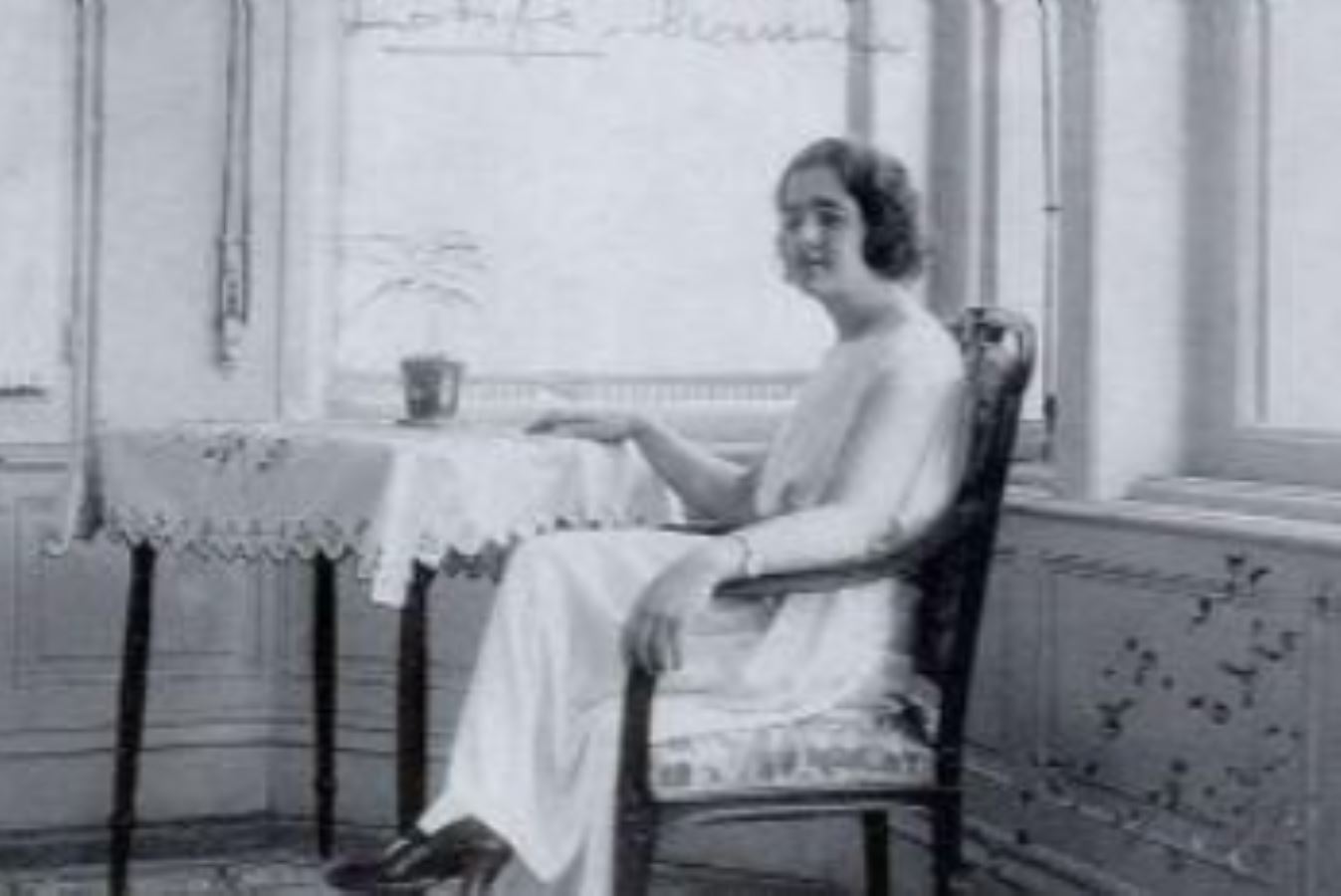 The calendars show July 22, 1925. At the Ankara train station, Prime Minister Ismet Ino and Chief of General Staff Favji Pasha were trying to comfort the young woman who was trying to hide her hiccups. Latif sat in the carriage made for him, and the train slowly disappeared. The wedding will end on Wednesday 29th August, but the love will always last.

When Latif returned to Izmir, two words came out of his mouth:

The weather was fine in Izmir. She placed her little body in her armchair next to the living room window. He breathed in the sun through the window. His sister was standing next to him. He muttered again before returning to her. “What a beautiful weather today. It will be a beautiful day despite our hardships …” He lay down on the table. He took a pen and paper. For a few days he began to suppress the thoughts that he did not have the courage. 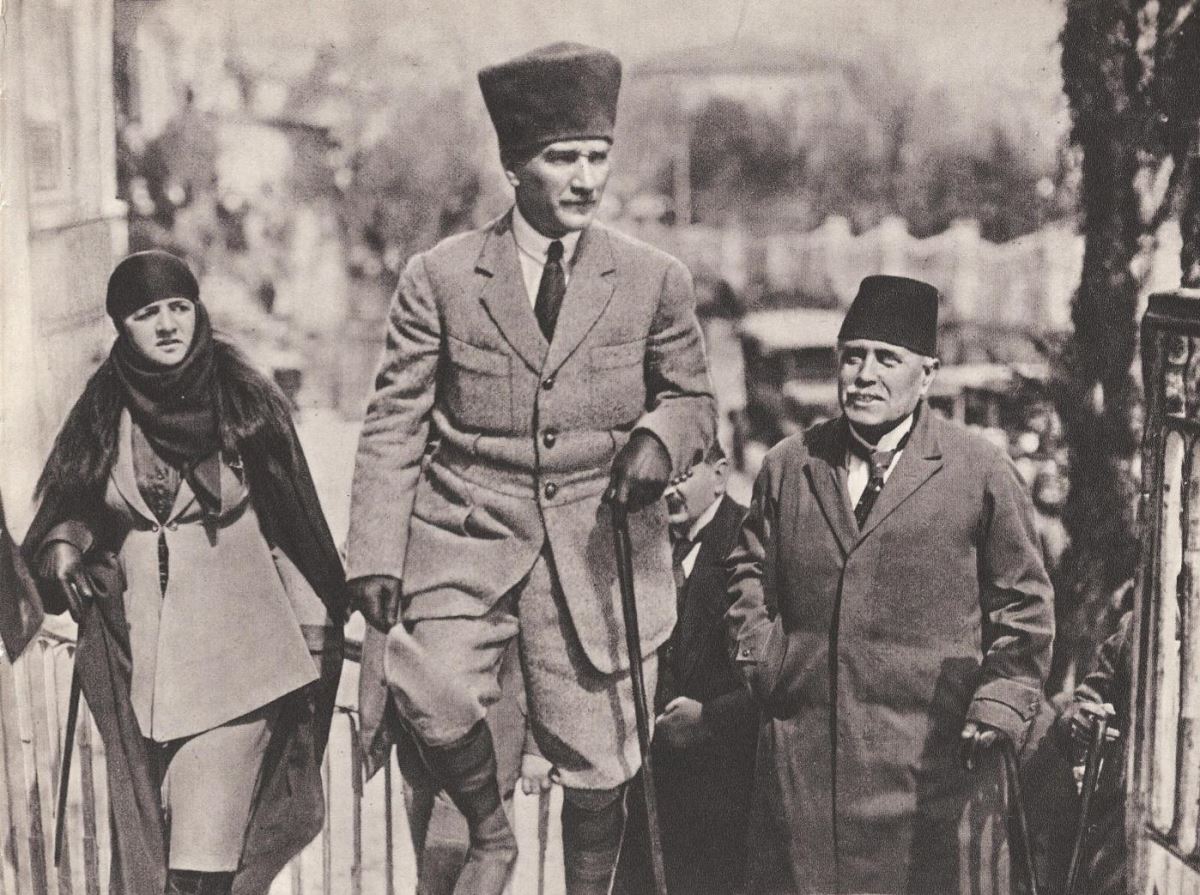 Appearing on the calendar page was November 11, 1925, and he was calling Yavar Salih, whom he called “my second father”:

“I am an orphan. I have no one … I am sure of my husband. Because he knows his worth. He is high-spirited. Ask him to put an end to the tension between us with the power of a beautiful past.

Kankaya was also lonely. Mostafa Kamal was barred from his studies.

The sound of gramophones filled the room. 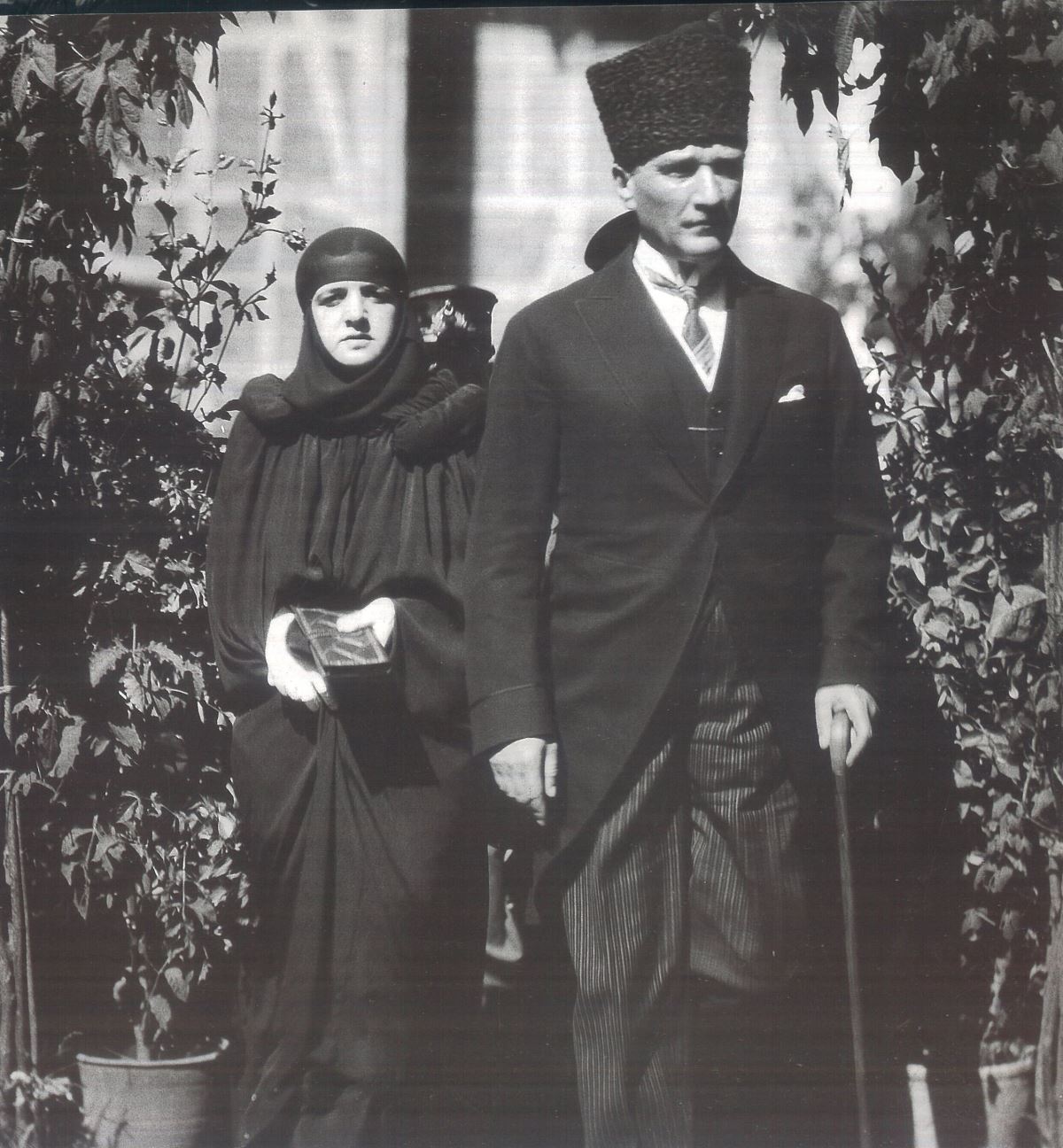 The melody of the song signed by Sadettin Kayanak was Ushak. Usşak; I mean lovers. In those days, Fahretin Altaye Pasha had the following notes:

1925: The most important event of the year … the incident in which he threw his phase and put on his hat … the saddest thing is his separation from Latif Haneem. This separation has made him very sad … He was crying in his room after playing the song “Done” …

1934: Muammar Bay and his family choose the title Uşaklı. Mostafa Kamal, on the other hand, chose the title Ushaki for Latif. The whole of Turkey and even the world has spoken of their relationship. Commented …