Perihan Kurtoglu, who defines himself as an earthling, spoke to Damgar. “I was one of those people who knew what would happen to me as a child,” Kurtoglu said, referring to his interest in dance, music and the stage since childhood. “I wrote to the Faculty of Communication, the profession I found closest to the industry, because my father would not allow it when I was entering university,” said Kurtoglu. “It’s been 23 years since I talked about training with Aila-Beklan at TAL and working with ITU actors,” Kurtoglu said, adding that he returned to the theater after his father’s death.

Who is Nilufar Perihan Kurtogalu? Can you tell us a little bit about yourself?

I am of Albanian, Abkhazian, Kurdish, Armenian descent. Half a century has passed. To emphasize the beauty of this multiculturalism, I do not underline my roots as far as I know. Otherwise, I know that we all come from the same place, that our source of love, that a woman, a man, a local, an actor, a journalist, etc. is the temporary identity of this world that we are guests. Of this I am a theater actor, director, writer, sometimes singer, animal and nature lover with this temporary identity.

They are usually called fairies. I accept what anyone says, I love them all.

Well, Perry Honey, can we learn how theater entered your life?

He entered strangely. Ever since my childhood, I was a child interested in dancing, singing, being on stage. As a kid, I used to be one of those people who knew what would happen. I did some things, but I didn’t take them seriously. When I was in university, I wrote about the profession that got me the closest to the industry, the faculty of communication, if my father would not allow it in any way. When I graduated and started journalism as an intern, I decided to skydive. I sat down next to him making my medical report, although I thought my dad wouldn’t let me do it and get angry again. I was supposed to stay in Eskiেehir for nine days. He wasn’t angry, but he said you would fall, you would die, I was scared or something. I rebelled too, because you did everything because you didn’t force me to do anything. At that moment, in the theater we call it Happy Birthday. My father said, if you want to do something, give the theater test of the Conservatory. Art is also art, since I was too late to be a ballerina, pianist or anything else, I said I wanted to be a theater actor and started researching right away. 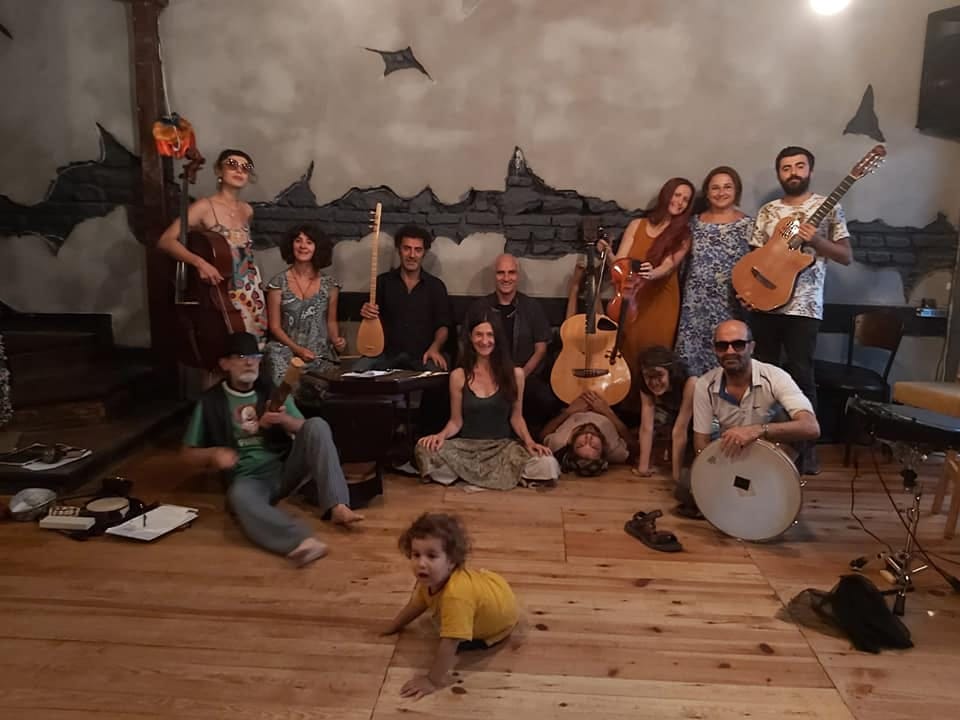 Did you study at the Conservatory?

No. I passed the first test. When I said I missed the second, I realized I really wanted to be an actor. The Ali Poyarajolu Theater School was opened that year. Went there for a year. Aye Emel Messi, Sedef Issar … However, my late father had already changed his mind, spent the whole year fighting and finally, as a young woman who had not yet regained her freedom, I had to do what she said. I found myself at Sabah Plaza as a reporter for Economy Magazine. I don’t like or understand economics.

And you became a journalist. Were you able to continue the theater?

No. For five years, I wandered the plaza corridor in my long velvet dress, saying I really wanted to be a theater actor. I call it the time of compulsory journalism. At the time, the words of my teacher, Ali Poyrajolu, gave me a lot of strength. He said: “I worked as a journalist for some time. The road to the goal is not always the straight road to the goal. “I have had the courage to return to the theater after my father’s death.

So what did your mother say about this choice?

My mother died when I was two and my brother was five. So I don’t always talk about my father. I always have my parents in my good memories and in my troubles. Because she was raising motherless children she was so protective.

You also have a writer’s side, what is your inspiration when writing?

I could not write for many years after journalism. In fact, I think the first reason I write in life is because I can’t speak. Unable to speak, I started writing. In other words, it has always been easier to write a letter to express myself, in my love relationships with my family, than at school or in class. There is another reason in my life like writing or doing theater or anything else. In trying to discover and understand life and myself, existence, I can express what I want to express wherever it comes in life. Sometimes as a stage, sometimes as writing, sometimes as a dance, sometimes as a song, though rarely. Also, my dreams and visions are like the center of my creativity. I think the interaction of reality and imagination is magical, which is already involved.

What do you mean by “musician, writing, theater”?

First of all, I’m not a musician, I refer to it as Asl-ı Ask in some sources because it was released as an album of Ada Music and I have a voice in the songs, but it would not be right to call myself one. Musician I am someone who loves music, works and sometimes makes music. We have all come into this world with our gifts. These gifts are the things we are happy to do and we can share our light in this way Let’s add to the dance, what you mean is this to me. It could be bread making or carpentry or just the ability to listen to people. Some mix well with animals, some heal, some have great food. There is no difference here. Let’s make the world better together.

Do you have a project that you want to realize your dream?

Here. On the way to my story book “Pigeon’s Diary”. I wrote my dog’s story called “The Adventures of Lady Thank God”, now it’s illustrated. I care a lot about children’s books, because they appeal not only to children, but also to the innocent, cheerful, baby of adults. One of my dreams is a project that brings together shelters, nursing homes and orphanages under one roof. I think old people, children and animals will bring joy to each other’s lives. My dream is to live together in nature with doctors, veterinarians and teachers. What we can imagine, say, and feel with our bodies is possible if it is in harmony with the will of the universe.

You are a very elegant and kind person, have you ever seen its damage?

Man is the only creature. Animals, plants are already perfect. What I see as a loss is not being elegant or polite, but failing to set boundaries, not saying it at the right time. And yet my heart whispers to me. This is primarily my responsibility. And in the end, we all mirror each other, it is possible to do harm, we can learn instead of harm. I am now more free to express my feelings. I try to be honest with myself and everyone else. Without hurting. I do not try to be kind, but to believe that we are all equal, that all existence is one. The world must now graduate from being human-centered. I know how to deal with myself and apologize when I think I did wrong. Yet there are times when I can’t hold a five-and-a-half-year-old inside me. One of my teachers said, “If you expose yourself one hundred percent to life, someone will fall in love with your light and someone will want to empty their garbage on you.” I am learning to keep my heart open and adjust distance when needed. It’s not going to be bad.

You are also the author of the last drama Asl-ı Aşk Tale. Can you tell us a little bit about the game?
Asl-ı Aşk is our joint production with Mübin (Mübin Dünen). His music is an essential part of the fairy tale. Asl-ı Ask speaks of the journey of two characters, one looking for love and the other for a place. A journey from the first moment of existence to eternity. Stories of men and women, words and music, stories of finding and finding each other through love. Because each story is unique and each story is written together with another’s story. We have a group of twelve musicians and narrators, all of whom are my friends. The story has Armenian, Arabic, Kurdish and finally an unknown language which I call the language of the heart. Because love embraces all languages ​​and beyond language.