Arabic singer who marked the 1980s BergenBecause of the unfortunate events of his life. ‘Woman of sorrow’ Is called. The late singer, who made 5 records, 11 albums, 129 songs and 1 feature film in his artistic career, made a name for himself with the phrase “I am not ashamed when I sing a song”. The last song Bergen wrote before he died was ‘Don’t Tell Me About Him’.

Citizens who see Bergen’s tomb in a cage, known as the queen of Arabic music, are saddened again when they know the underlying cause, even though they may not understand it at first.

Singer killed by her husband Because Bergen’s tomb is in a cage Allegedly, her husband, Hallis, said after the shooting of Ozgur Bergen, “I will not leave you alone in your grave.” Bergen’s mother built a large cage around her daughter’s grave.

When Bergen was 7 years old, his parents divorced and he moved to Ankara in 1966 with his mother Sebahat Chakir. After graduating from Yenimhalle Yunus Emre Primary School, he entered the Ankara State Conservatory piano department, but left due to financial difficulties and for some time worked as a civil servant in the PTT, raising the age. During this time, he had to quit his job at PTT because of a love affair.

She married her cousin Goksel Sarmiser in Mersin in 1977, married for 4 years and divorced in 1981. They had a son named Hakan (born 1971). When she divorced, her husband took their child to the Netherlands.

In 1979, she took to the stage at the Feman nightclub, where she went to have fun with her friends. When he was liked by club owner Ilhan Feiman, he was offered a job there. She accepted the offer and took to the stage with a group locomotive orchestra to perform at the Feman nightclub with Turkish classical music, Turkish light music and what was fashionable at the time. When he finished his work at the Feman nightclub after working for a year, he accepted an offer of a car from the Cuban Casino in Adana in exchange for 8 months of work. But at the end of the job, the car was taken away from him and he became indebted.

A bucket suit was given over his face, his eyes lost

Bergen, who moved to Adana for business after Ankara in 1981, met Hallis Ozgur here and married in 1982. It was claimed that the mafia music market had invented a fake husband-wife scene with Hallis Ozgur and that he had never been formally married.

Bergen released his first longplay, I Have a Complaint, from Atlas Records in 1982. Unable to bear her husband’s violence, Bergen ran away from her husband several times.

On October 31, 1982, while she was working at a New York nightclub in Ilsmir Alsankak, she lost her eyesight after throwing a bucket full of eczema in her husband’s face. Most parts of the body were also burnt. He later acquired the ability to see with his left eye. Because of the damage to his right eye and sometimes with his sunglasses he was remembered with hair on his right eye.

Hallis Ozgur was caught and arrested after a 2-month escape and was held in Izmir’s Bukka prison.

Bergen’s ‘Who knows’, which made Kibria famous after the treatment. Confirmed by the song’s composer, Genghis Ozekar, he was on stage at the Izmir Diamond Pavilion owned by Ozekar until 1985. 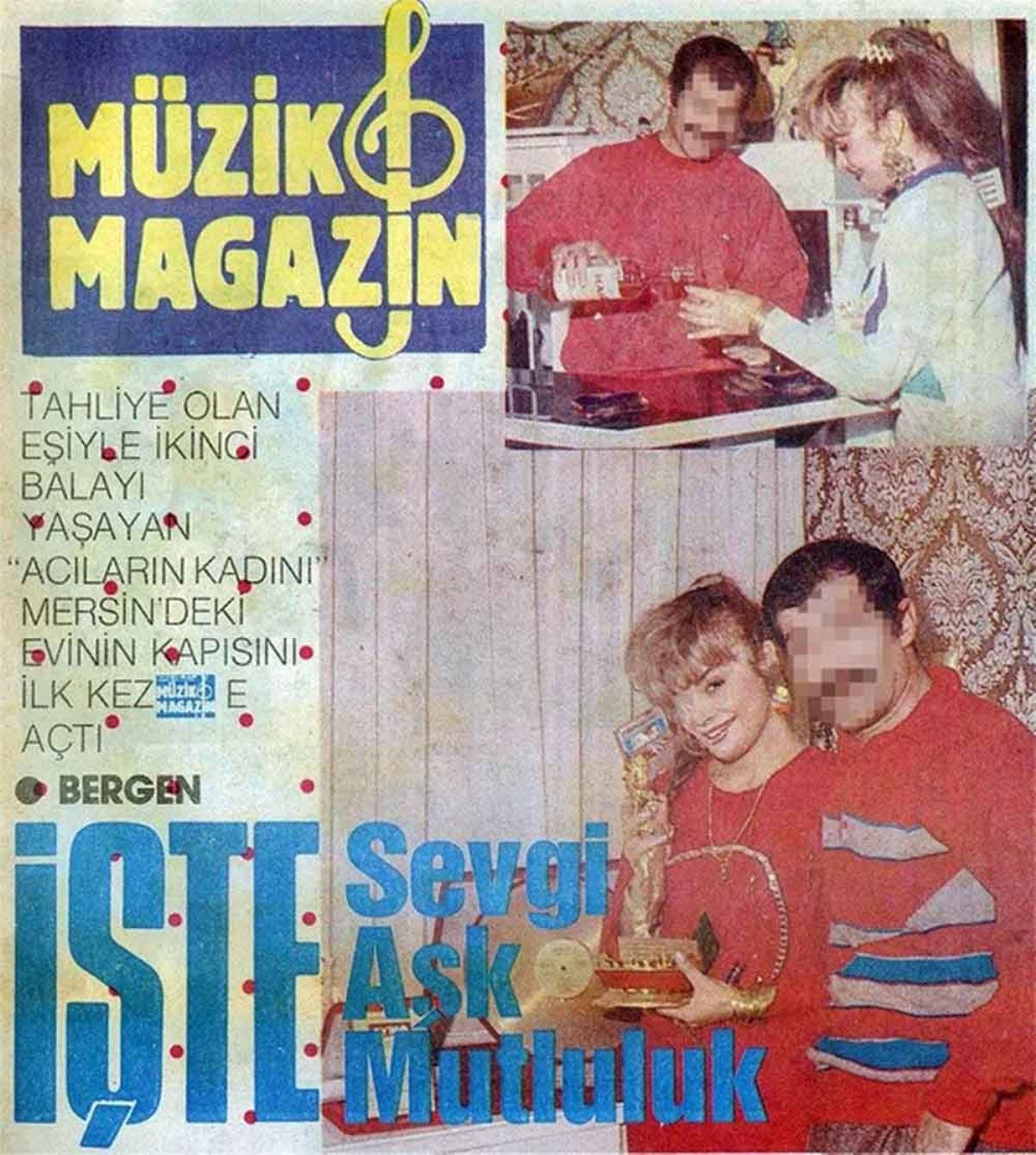 Her difficulty has made her a ‘woman of pain’

In 1985, at the invitation of record producer Yasar Kekevar, he went to Istanbul and released the tape ‘Human Lovers’. Later, she rose to fame with ‘Woman of Pain’, made in late 1986.

With the album’s popularity, she received the Golden Record and the Golden Cassette Award by the record company in 1987, including the title of ‘The Best Selling Arabic Female Artist’.

Bergen, who continued his concert and stage work during the release of his album, threw a lock of his hair over his burnt eyes as he walked to the stage, but his face was creeping, though not in pain.

First the blade, then the shot

Bergen, who was acclaimed by the public for his songs, survived a knife attack in Adana in 1987, where he went to a concert. It is alleged that the ambassador provided the information to Hussein. He stopped acting for a while. In April 1989, he officially divorced his wife, Hallis Ozgur.

He reappeared on stage in June 1989. In the meantime, he has released his album ‘Yıllar Affetmez’. He was shot and killed by his divorced wife, Halis Ozgur, at the age of 30, on August 14, 1989, during the album’s promotional tour in the Pozanti district of Adana. Bergen’s body was buried in his hometown of Mersin. 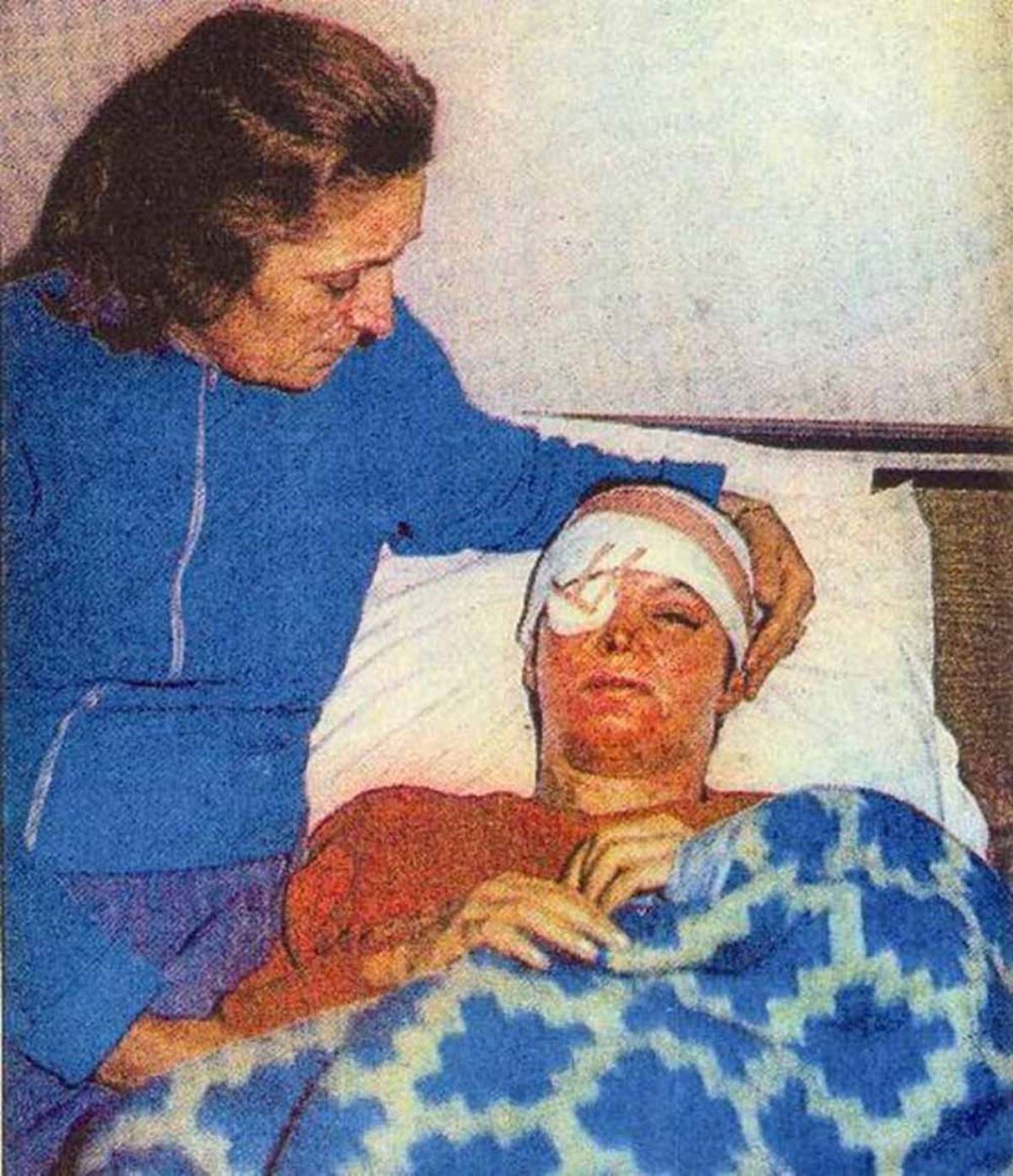 How was singer Bergen killed?

Bergen, who had traveled from Samsun to Kayseri as part of his Anatolian tour, finished his work here and left for Mersin. The singer and her mother, who realized that her divorced husband Halis Ozgur was following them, called the police and reported the situation. When they learned that action would be taken, they continued on their way. Halis Ozgur appeared in front of Bergen and his mother at Aspava Restaurant in Gulek Town, on the Chamalan Plateau on the Tarsus Pozanti E-5 Highway, around 4:00 p.m. Arguing with Hallis Ozgur, Bergen was hit by six bullets from Halz Ozgur’s gun when he got into the car and he was drenched in blood in the driver’s seat of his car.

Hallis Ozgur, who shot Bergen’s mother Sabahat Chakar with three bullets, escaped. Bergen’s body was taken to the Tarsus State Hospital morgue. His mother Sebahat Chakir was treated in the intensive care unit. Bergen’s body was buried in Mersin’s Akbalen Cemetery a day after the incident.

Is Halis free, imprisoned, how many years have passed?

Berlin killer Halis Ozgur is captured in Germany. Turkish authorities began work on the extradition of Ozgur, who brought him to Turkey in August 1991. Although he was brought to court on March 12, 1992, he was sentenced to 1 year and 3 months in prison, and was released 7 months after being found guilty of “pardoning” in accordance with the Statute of Restrictions and the period of his conviction in Germany. The statement from mother Sebahat Chakir, who rebelled against the court’s decision to leave, said, “My daughter’s bones will hurt in the grave, they threaten me too.”

Hallis Ozgur lives in Adana with his second wife and four children.

When Bergen died, where is gravity?

Bergen’s grave, known as the “Woman of Pain” because of the tragic events of his experience, is located in the Asri Memorial Cemetery in the vicinity of Akbelin in the Toroslare district of Mersin. 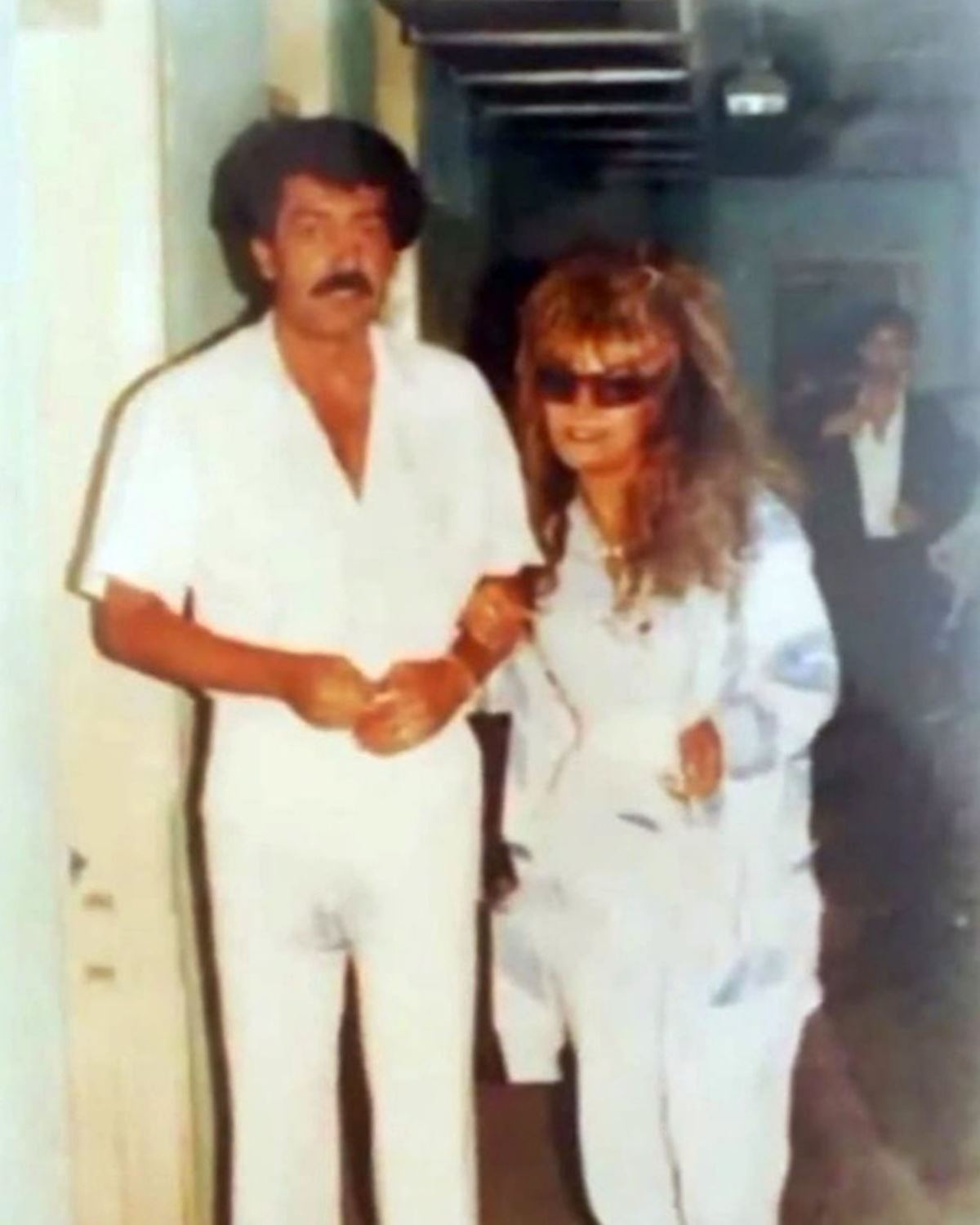 The Muslim Gurs family of Bergen

Bergen dreamed of becoming a singer at the hospital where he was admitted to the hospital in 1982 after throwing his wife, Hallis Ozgur, in the face. Muslim GursesHe saw them singing the song “If God Wants Not” with Muslim Garca.

Later in 1988, he included Müslüm Gürors’ song “Unfortunate” on his album “Sevgimin Bedelli”, which he released from Yaşar Kekeva Plak. Bergen’s praise for the Muslim father appeared in a newspaper with the following words:

“Bergen was the number one fan of Muslim Garces. Even if he had his own show, he would definitely go to listen to Muslim Garces songs. That’s why the artist included a part of Muslim Garces in his last tape. He listened to this song. Read it with more sincerity. “

Movies about the life of the singer Bergen

In 1994, Bergen’s life was portrayed in a film, Love Is Cold Than Death, directed by Canaan Gerrard. In the movie, which also starred Tansel Kurtiz, Qadir played the role of Halis Ozgur as Inanar ‘Ali’ and Benu Gerrard played the role of Bergen with the name ‘Belgin’.

In 2019, producer Mine Sengoz began filming a film about the life of singer Bergen. Despite the announcement that Bergen will play Serena Sarkaya; Due to the cast not being determined and the coronavirus epidemic, the famous actress left the project due to other projects.

Filming was completed in 2021 ‘Bergen’ The movie was released on Friday, March 4, 2022. Singer Bergen in the movie Farah Zainab AbdullahAnd his wife, Hallis Ozgur Erdal Basicioglu The game

Bergen’s last song ‘Don’t Tell Me About It’

Don’t bring up your subject

My self, my youth

They ruined my life

I was living in peace

I buried my troubles inside

I saw everyone happy

I became my terrible cut

I dug my grave

Killed me before I died