In the book by Hakki Keskin, an experienced politician and man of struggle, where he has combined “these two autobiographical stories compiled over a hundred years”, you are witnessing the history of a family whose destiny is involved. His country.

Therefore, you can learn from the memory of a family the important events of recent history, from the First World War to the establishment of the Turkish Republic and to the present day.

While it’s worth noting that a few more editorial filters have to go through, it doesn’t stop the book from presenting the reader with a long and enjoyable personal history adventure.

It reflects a period in terms of the content of that time, including its perception and evaluation. It certainly makes sense to read a memoir book, an oral history study!

Because it provides an opportunity to get an idea of ​​the impact of important events and information in political history on individuals and families.

The adventure of the Keskin family, who went to Russia with his father Hockey Hassan and his son Hockey to Germany, sheds light on the history of war and immigration in Turkish history. As Uxell Pazarkaya puts it, the book is “far beyond being a personal biography.”

It would not be wrong to explain it as follows: Historical facts and events cannot be perceived by focusing on memory, but the memory of those who are at the center of historical events, if properly evaluated, will strengthen the act of understanding. .

In this case, it is important and positive that people like Hockey Caskin, who are at the center of recent historical events, make such products.

In fact, Hakki Keskin’s own words from the book are the best summary of it:

“It is true that many adventures have been thrown into the dust of history. As the youngest son of the family, my experiences were a continuation of his experiences, which led me to turn his fascinating life into writing. “(P. 126)

‘Foundation is at the forefront of the war!

The first three chapters of the book consist of an interview between Hakki Keskin and his father. The story begins with Hassan Keskin, who was born in 1901, moving from Trabzon to Batumi in 1913 as a young tobacco worker.

You are reading about this boy’s struggle to survive far from his homeland, in a worse situation due to the outbreak of the First World War. He spent his childhood in the ranks of the Red Army against the white forces, fighting with captivity and disease!

Despite all the difficulties, Hassan was able to return home in 1923. Yes, not at the forefront of the war of independence; But after he returned to the country, he became a volunteer soldier and took his place at the front line in the “Foundation War”. He served as a soldier in the Republican Army suppressing the Sheikh Saeed Rebellion.

After finishing his military service, he began to struggle for life and bread. Bursa is the last stop of the migration for bread, which stretches from Samson to Trabzon and from there to Erzincan.

In the next three chapters of the book, you will learn very important sections from Hakkı Keskin’s biography. Her story begins in 1943 in Maca, Hamsiko. 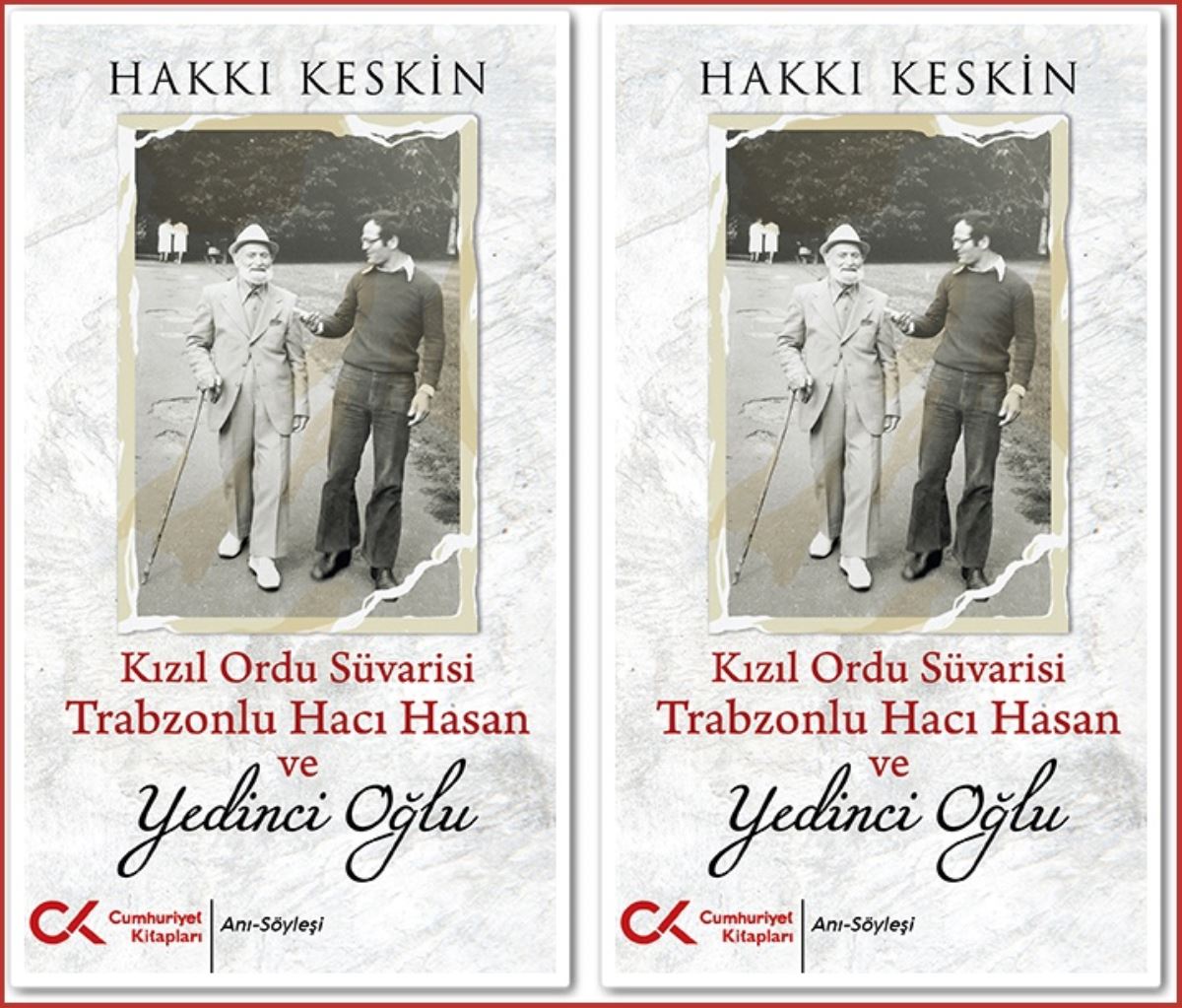 His educational life expanded to Erzincan High School after his primary education and then to Germany, where he went for higher education. He is working simultaneously and learning German. Of course, this means a new country, a new way of life, culture and experience. Every single German experience expands your horizons.

He began his student life at the University of Hamburg and continued in the Faculty of Political Science at the University of Berlin, which he longed for. It was a time when 68 youth actions surrounded the world. German youth, Turkish youth from Germany and of course Hockey Keskin are at the center of these events.

In addition, Hakki Keskin became president of the German-Turkish Student Federation (ATOF) at the time. The issues of “imperialism”, “backwardness”, “development” form their main agenda.

Therefore, Turkish youth are thinking and struggling not only for Germany but also for their homeland Turkey.

An Atatুrk, a man of the fighting republic

Hakki Keskin never leaves Turkey, a day after he was published he reached out to Turkey’s Kumhuriyat newspaper, which he subscribed to and thus he followed Turkey from Kumhuriyat magazine, which he said was “like a school for me”.

Keskin’s political struggle, who said that “the publication of values ​​such as Ilhan Selchuk, Dogan Avsioglu, Nadir Nadi, Shevket Sureya, in particular, was crucial in shaping his perfectionist and anti-imperialist political line.” Parallel

Of course, these actions are not left without the answer of Turkey. The Council of Ministers under the Prime Minister of Suleiman the Magnificent rewards Keskin by stripping him of his citizenship!

Ilhan Selchuk: ‘Hockey brother … let it be a lesson for you!’

Ilhan Selchuk also wrote in his sarcastic style at the event, “He was right, brother! Let this be a lesson for you. If you are born again, do not imitate revolution, do not oppose corrupt orders, do not fight against exploiters. Take it! ” He calls.

Keskin later came to Turkey and took part in the SPO, providing important services in his country. He then returned to Germany, fought hard for the rights of Turks in Germany, led and was elected the first Turkish and foreign MP.

In a nutshell, in the book, you read how a family life was formed and what kind of memories it accumulated in the recent history of the acquisition of knowledge and the battle of civilization.

Thanks to Hackie Keskin, who has opened another window into recent history.