The famous showman Mehmet Ali Irbil has left behind the hard days of his survival. Erbil, who was treated at the intensive care unit for a long time after the accident at home, asked his questions sincerely.

Here is the headline from Erbil’s statement …

Erbil, who was unconscious for a long time after the accident, said: “I am suffering from a serious illness. I was the miracle patient of 2020. ‘ Used phrases.

Referring to the moment of the accident and the mistake that followed, the famous comedian said, “After I fell, of course, we didn’t think they would immediately lay me down on the bedroom sofa. In fact, we had to wait for the ambulance. That’s when my ribs got into my lungs.” It broke my lungs. Then they operated on him. It happened overnight. He passed. This time my kidney touched my ribs. They operated on my kidney. After that, he stabbed me in the pancreas. Of course, when I went to bed for 9 months, my muscles became weak and I could not walk. Now I walk a little with physical therapy, but I have balance problems. Almighty God has given me a second chance. He is my beloved, my Has donated children. ‘ Erbil said that in this case, an ambulance should be called immediately without intervention.

* ‘This life has taught me the most to be myself, to be emotional. I didn’t have a comma. I keep going until I make the point. ‘

Erbil, who made his earlier remarks ‘afraid of not being loved’, said, ‘Losing that love, losing it is a very precious thing, that love … I was so scared of him. And I thought, this is exactly what happened to me. The movie goes like this, ‘Let me get sick, people come to the hospital, let me get well and talk on their porch.’ In fact, it happened. It happened to me when I was thinking about it. I don’t have to worry about ‘if I die’, whatever happens, everything comes from God. The people around me were very upset. Those who saw my condition, because I was in intensive care, I knew nothing. They were more upset than me. ‘ Says

“Kumbali was the old Istanbul home. We were all born there. I remember going to my grandfather’s house in Surrey when my parents separated. We took a taxi, with a toy piano in my lap,” said the famous showman, who wept for the first time in his childhood. For example, I will never forget her. I was four years old then. I will never forget another thing. My mother and father’s mother never accompanied me. My grandmother loved us very much. She would die so much for us. He raised us, we would come to him in the summer. Since I was at the Conservatory in Ankara, I would spend the whole summer with him. ” He said. 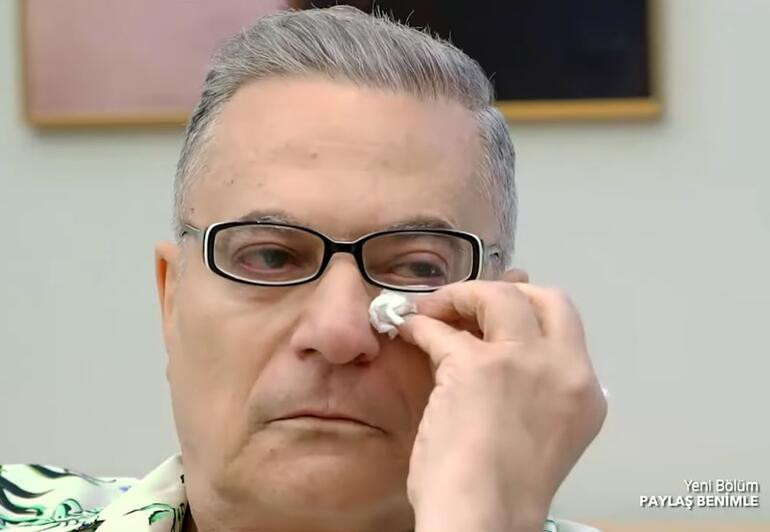 “I don’t remember the relationship between my parents, I just think of our circumcision. We had a sister, our father and mother were separated … we’re in bed with her,” said Erbil, who had no family connection as a child. We are circumcised and she is standing beside us. That’s when I remember my parents together. I don’t remember my parents in the house where we were born. We never got any love from my father. “Because he’s an old gentleman from Istanbul. I don’t remember my father ever holding him in his arms. Even at the age of 45, we couldn’t cross our legs next to him. “I couldn’t call him Dad. We used to call him Dad. A flute was coming from the street corner of our house.”

Mehmet Ali Erbil: I could not live with this stain
The controversy between Mehmet Ali Erbil and Seda Sayan had a great impact on the tabloid world. Erbil, who later took a step back, answered reporters’ questions and explained the background to the fight.

Mentioning that her parents had a difficult time after the separation, Erbil said: ‘I remember my mother, she loved us then. He will do his best for us. She was a young woman, widowed at a very young age. We went to Ankara with my aunt. My mother met and married a doctor who was 10 years younger than her. After we married the doctor, everything turned upside down for us. He did not look at any woman until the man died. But my mother was crushed by that man. Of course, she was jealous because she loved my mother so much. As we got older, we stumbled upon it. He started not wanting to be at home. He was pushing … I am 10 years old and he will not let me go out and play with my friends. There weren’t many moments when he was kind to my brother and me. My father didn’t love me, how could he love that man! ‘ She broke down in tears at his words. 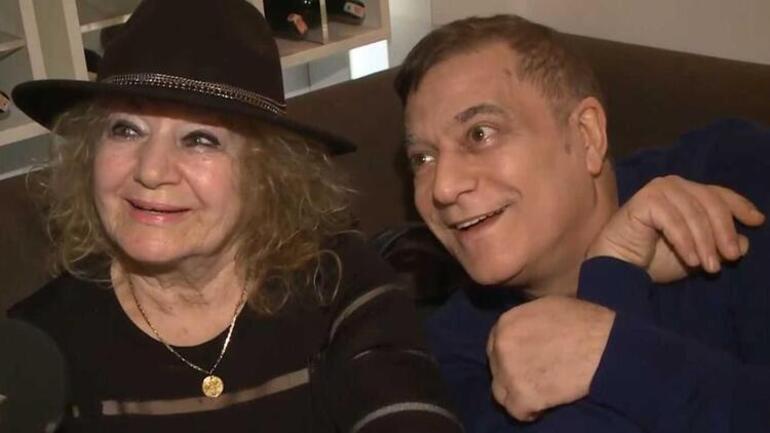 * I was always by their side financially and morally. That’s why I feel very comfortable. They made us very sad, but my mother was very upset when I was a child. It’s just my love.

The famous comedian, who also mentioned that he was not interested in theater as a child, said that he went to boarding school out of necessity:

“I went to boarding school at the age of 14, but I did not enter because of my love for theater. I entered it as a ‘boarding school’. So that I would not be in the middle – they went in search of a boarding school, ‘there is an honest mother with her father, she can not stay there’. Think of it as moving away from home …

There was no thought of leaving the house. I was still unconscious. I was playing in Texas when I was 14 years old, think about it … My school friends always tell Daria Bekal from the Seluk method, ‘You were little when you came’. Big people, they come from university, I’m only 14 years old. Worst of all, I don’t know how to do laundry, the guy didn’t force my mom to do my laundry. We had a neighbor, I bought her detergent and she washed it. “ 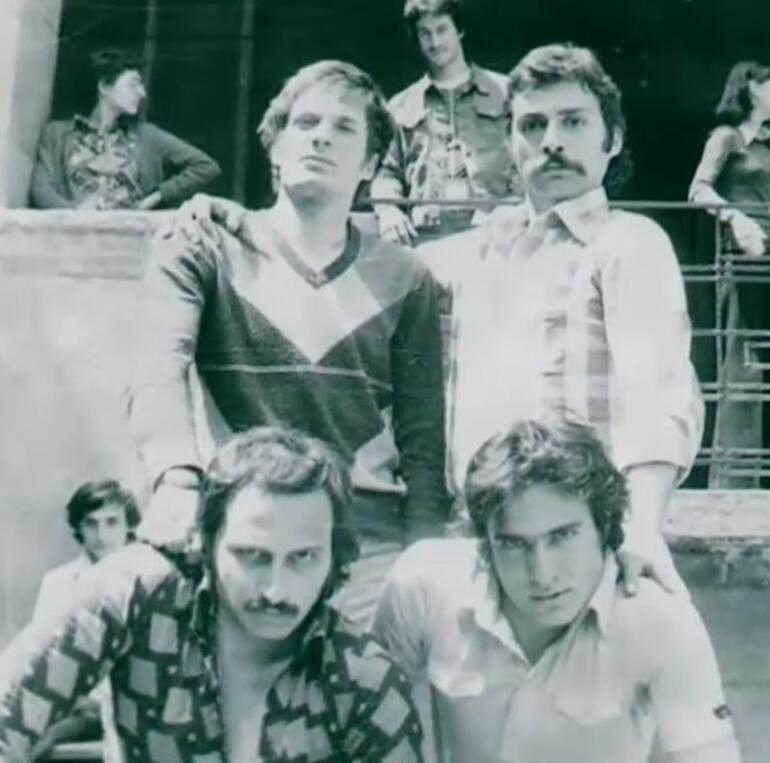 Referring to his anger at his mother, Erbil said, “It was very painful to see my mother abusing us. I could not forget it year after year and the love of my mother was not left in me. It’s empty, can you think of a child, the absence of mother’s love, the emptiness of that feeling… we’ve never met my mother about it. I told him on a TV show, he was upset. I’ve been with them for years, I haven’t said it anywhere, materially or spiritually, as if I’m slandering. ‘ Says 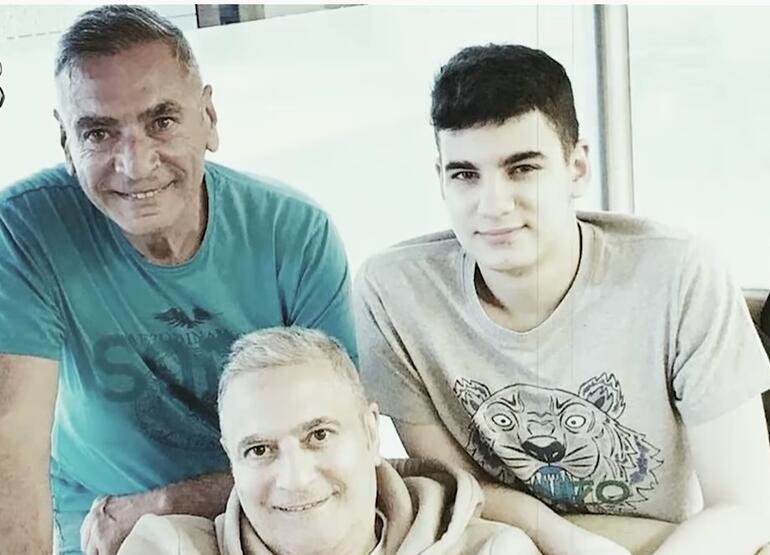 The famous showman, who was fascinated by his childhood experience, stated that he had made a promise to himself, but could not keep his promise because of the effect of his experience:

“I used to promise boarding school every night. ‘I’m not going to be like them. I promised myself that I would never leave my children, my family. I could not keep my promise. I’ve been married four times, it just doesn’t work … After all I’ve done, keeping that promise is beyond my imagination. I did not hurt any of my wives. I didn’t yell at any of them. I have assured the future of all my wives and children. “

Confession from Mehmet Ali Erbil: I was wrong with Sedef, I’m sorry
40, published in GAIN with a presentation by Jülide Ates, hosted by artist Mehmet Ali Erbil. Mehmet Ali Erbil, who answered sincerely questions about his childhood, youth, first professional year, marriage, love, passion, children and art, could not control his tears from time to time!