Ukrainian mothers and their children, who fled the war in Ukraine and took refuge in Istanbul with their friends, recount their experiences. Calling their father, whom they left behind in the middle of the war, the children say, “I came here and left toys for my father. I really want to see my dad. I look every day. We really want her to come here, but it’s forbidden. “Dad, we love you so much,” she said.

The mother and her children, who fled the war in Ukraine and took refuge in a friend’s house in Kagithan, Istanbul, spoke of the horrific moments of their experience. Children who left their fathers in the middle of the war and came to Turkey said that they loved their father very much.

Tatiana Ribchenko Kesar, who opened her home for her friends and children fleeing the war in Ukraine, said:

– We’ve been scared since they left. I was very curious how they would come. Because they drop bombs everywhere and it is very difficult. See if there is food or water, but no. Normally, they should have arrived at 02:00 today. I waited until that hour, but they did not come, I was very scared. They arrived at 8 in the morning. My wife went to fetch them. They have brought their two children and you can see it through their eyes. They don’t understand anything now. Where we are, what has happened, what will happen, children do not understand anything. 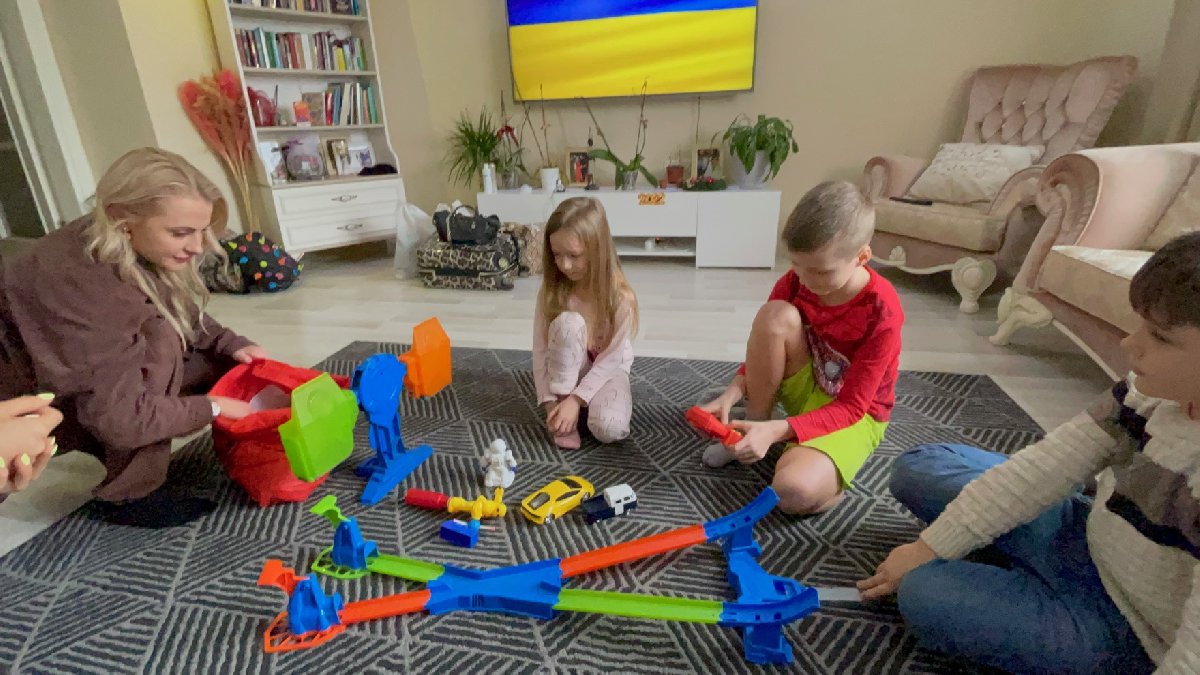 My friend’s wife is warning a volunteer

– Now the biggest problem is my friend’s wife stayed there. The baby’s father stayed there. They cried because they did not understand why her father could not come. They are very sorry. They’ve had a hard time getting here from there, of course you can do anything to save yourself. May God give you strength and you will not be afraid of anything. You may not realize it at the moment, but now that they have calmed down, they understand what happened.

– That’s why they’re pushing now. My friend’s wife is fighting there voluntarily and has no chance to come here. They can talk on the phone, but sometimes there is no internet and no sound. There is no internet and they cannot meet from time to time. They could not meet as there was no internet till two in the morning. They’ve taken it now because what they can think of is whether they’re dead. 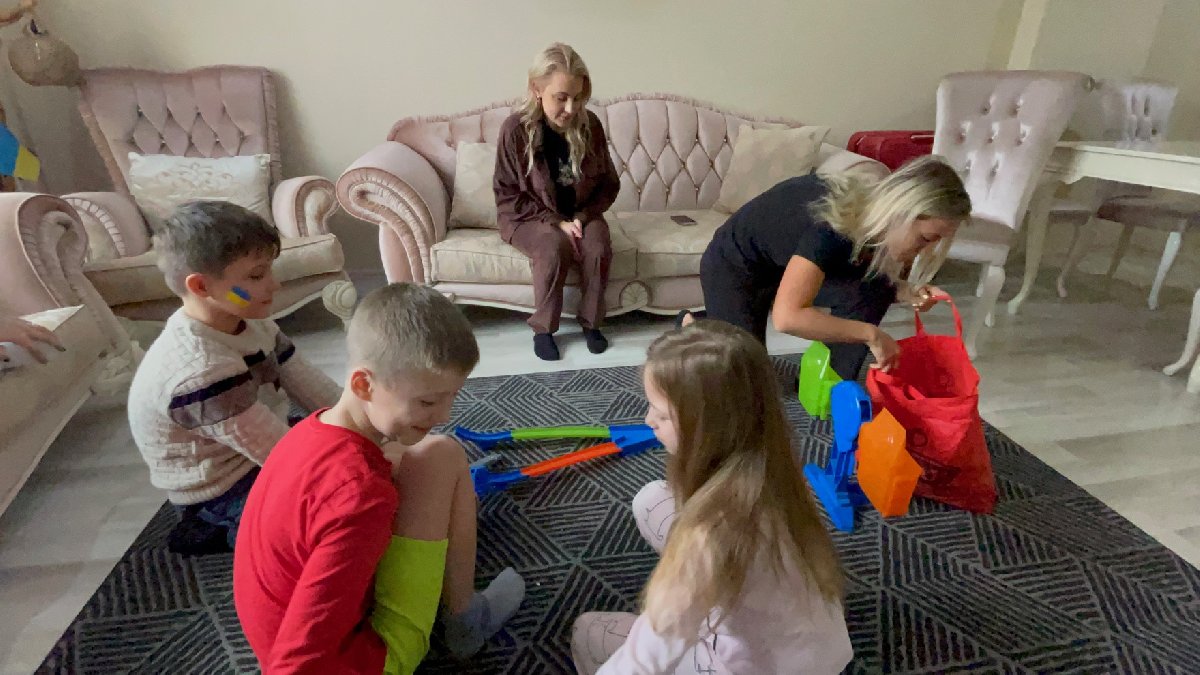 Tatiana Ribchenko Kaiser said they thought they were dead when they did not hear from their relatives there and that they were tired of fighting.

– I came back from there two months ago. I had to go there for the kids identification method, but I think God saved me. We came back and decided that we would go again in the summer. I thank God, if I went, I would be there right now. My brother also lives in Kiev. He was on vacation, but his wife and children remained. Now she cries every day, saying I will go there, my mind says there. Our heads are so full that I can’t say. We wake up every morning, most importantly we pick up the phone. We’re calling right away, are we asking, are you living? We ask how the night went, we watch the news 24 hours a day. We are very tired, we want to end the war. 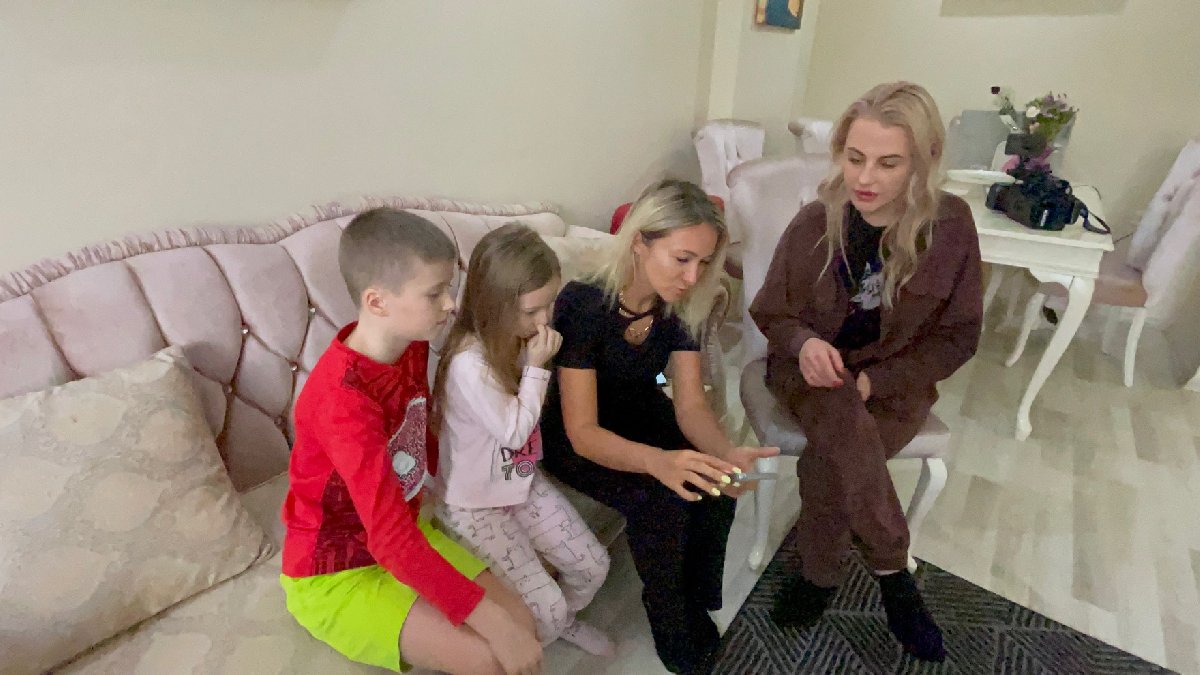 The Turks help us a lot

Omelchenko Natalia, who fled the war in Ukraine with her two children and whose husband fought there as a volunteer, said:

– When I call my wife and parents, I can’t reach them because I don’t have internet. At times like these, my heart feels like it will shut down. There was never water, there was never electricity. There were many lines in the grocery store and there was not enough food for anyone. I love Turkey and I decided to come here because my friend is here. Because the people of Turkey love us very much. The Turks help us a lot, so I just came here.

– We left home before the incident started and something like this will happen. I take everything with me when I leave home. But we did not drink water on the way. We couldn’t even find water. The last bus sent us two days ago. We usually live in Kiev. When the incident started, we went to a village and hid. There was always a voice. The children were scared, they were crying. There were endless voices. The children did not want to leave their father, they just wanted to be there. But we had to come here.

I left my toy with my dad

The brothers who left their father in the middle of the war and came to Turkey said, “Our father has stayed in Ukraine. As a volunteer soldier. I last saw my father two days ago. My father sent us here to save us. I said see, but very difficult. I left my toy here for my dad. I really want to see my dad. I look every day. We really want her to come here, but it’s forbidden. Dad, we love you so much. We did not sleep for two days. When my mother was with me on the bus, I was not afraid that we might escape. When we were on the street, we heard gunshots, we were very scared, ”they said.