The Occupational Health and Safety Council has announced a report on worker deaths in the second year of the epidemic. At least 1,400 workers have died in two years. Most of the health workers lost their lives. Ninety percent of the dead are men.

Since 2011, the Occupational Health and Safety Council, a network organization that brings together workers from a variety of sectors, business lines, occupations and their families, has published a report that collects two years of epidemic data.

At least 1,400 workers lost their lives to the epidemic in two years, according to the OHS Assembly’s commitment to a healthy and safe life and working conditions.

In summary, the following results and evaluation reports were included:

As we can determine: 42 percent from the national press; During the two-year epidemic (March 11, 2020), at least 1,400 workers lost their lives due to Covid-19, as we have determined 57 percent of them based on data from workers’ colleagues, families and health. Professional organizations, unions and local press. (Information on worker deaths due to Covid-19 in March 2022 was not included in our report.)

We say at least because: We say “at least” when describing professional killings in our reports because we share what we can learn with our limited sources of information. In the case of deaths caused by Covid-19, we should underline this emphasis twice, as these deaths have never been disclosed by the state and, naturally, it is very difficult to know their identity. So, although the main source of our information in our report has always been the national newspapers (especially the agencies), this time our source of information was mainly health professionals, unions, workers’ colleagues, families, local press and country associations.

No immigrant deaths identified: Again, we know there are no migrant workers killed. However, about 10 percent of the working population in Turkey are immigrants. Again we could not get any information from some cities. In other words, the death of workers due to Kovid-19 is much higher. We can assume that a few (5-6) times more workers have died than we can identify.

Working Class Disease: On the other hand, most of the deaths due to Kovid-19 are families of workers and retirees, who were the previous working generation. Retired worker mortality rates have risen sharply, especially after the Omicron variant. This is the biggest indicator that Covid-19 is a working (employed + retired) disease.

How many workers died during the epidemic in December 2020, 242. 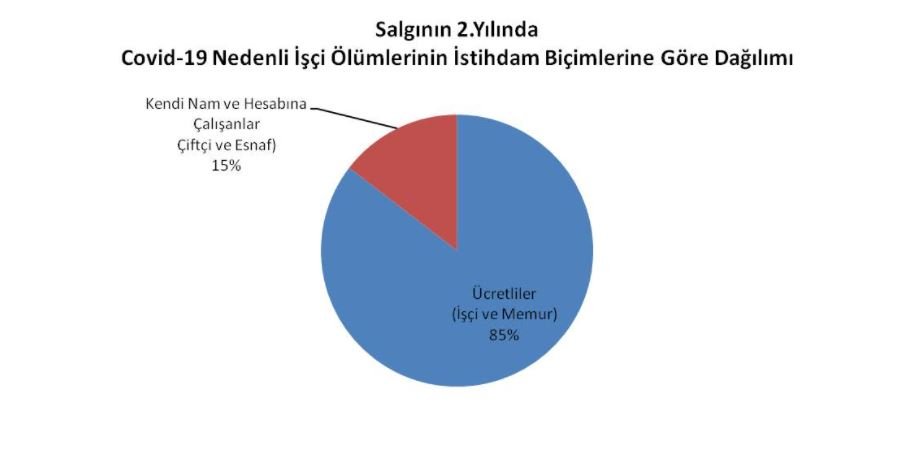 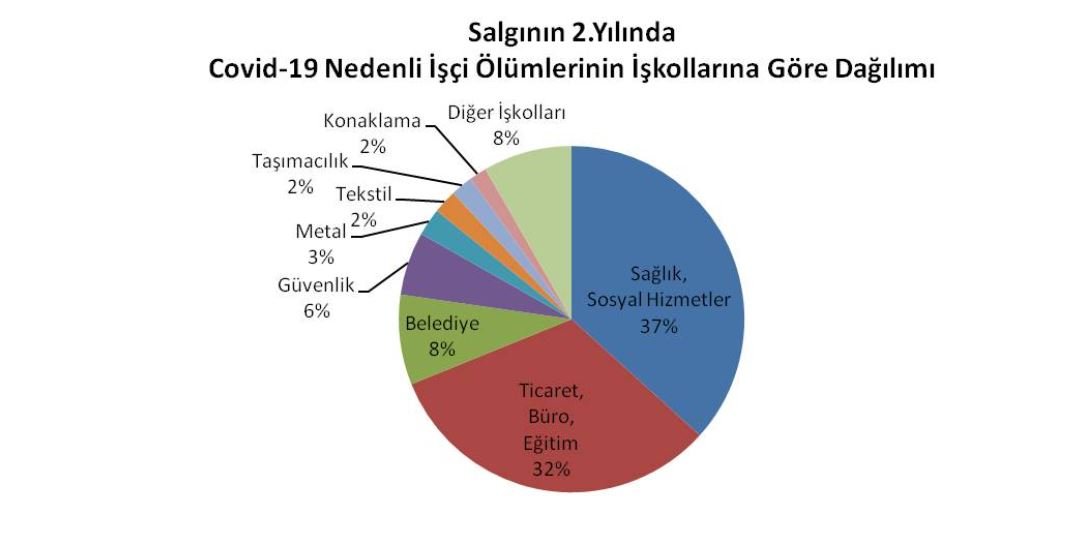 In the second year of the epidemic, the distribution of work-related killings caused by Covid-19 is as follows: 146 female workers and 1254 male workers lost their lives. 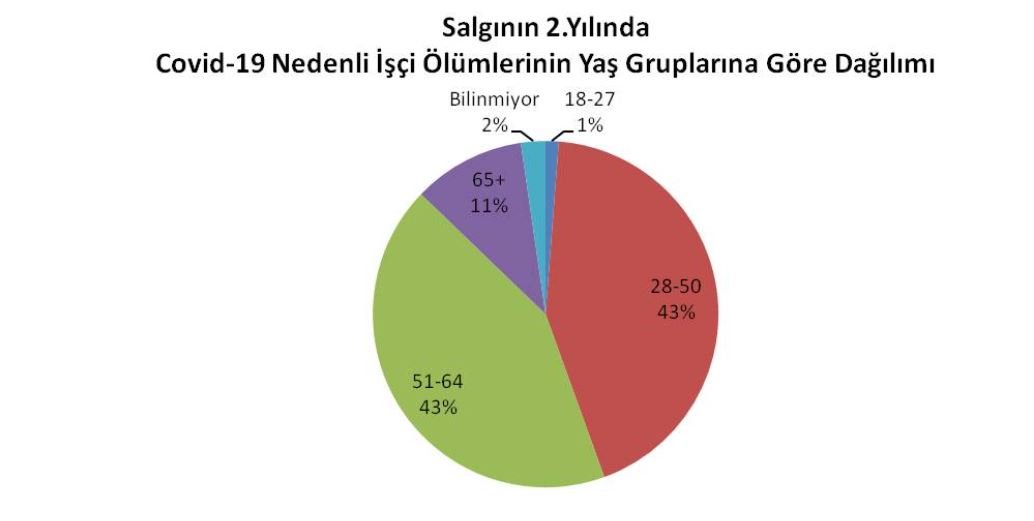 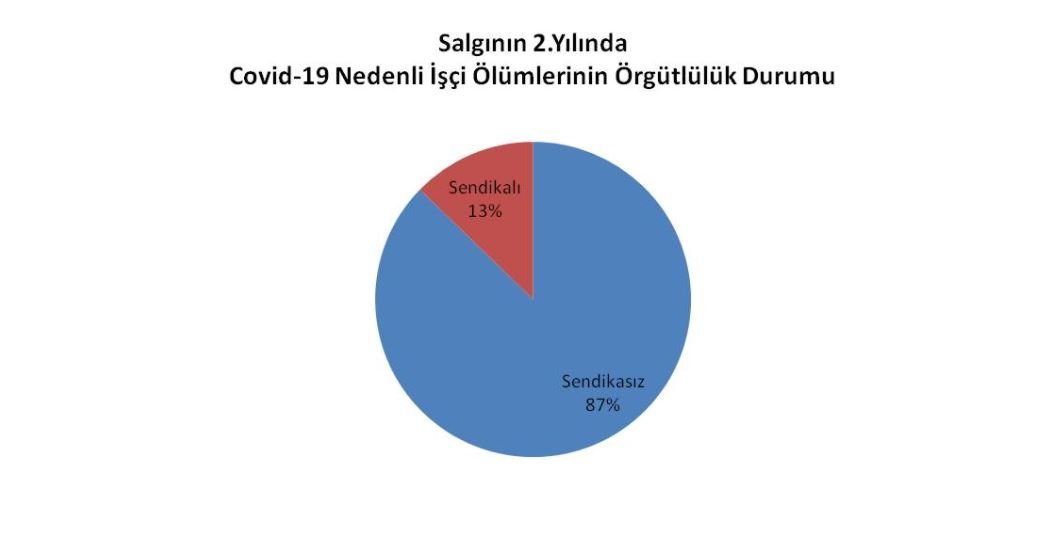 Muse and Sirna cannot determine the deaths of the workers

In the second year of the epidemic, the distribution of job killings caused by Covid-19 by cities is as follows.

268 people died in Istanbul; 75 Death Ankara; 74 died in Kokley; 61 killed in Izmir; 53 deaths in Bursa; 42 killed in Marseille; 40 killed in Hatta; 38 killed in Gaziantep; 36 killed in Konya; 34 deaths in Diyarbakir and Kaisari; 30 killed in Adana; 28 deaths in Aydin and Denizli; 26 killed in Samsun; 26 killed in Manisa; 25 deaths in Sakaria and Sanliurfa; 18 killed in Antalya and Trabzon; 17 deaths in Kahramanmaraş, Osmanye, Malatya and Tekirdağ; 16 deaths in Balikesir and Erzurum; 15 killed in Jongulda; 13 deaths in quorum; 12 deaths in Chanakkal, Eskisehir, Mugla and Van; 11 killed in Edirne; 10 deaths each in Elazig, Isparta and Kirikkal; 9 killed in Giresun, Kutaha and Nevsehir; 8 deaths in Ağrı, Çankırı, Kastamonu, Kırklareli and Ordu; 7 deaths in Opium and Bolu; 6 deaths in Amasya, Duzse, Mardin, Tokat and Usak; 5 deaths in Aksaray, Bingöl, Rize and Sivas; 4 deaths in Adiyaman, Batman, Erzincan, Karabuk and Karaman; 3 deaths in Bartin, Bilesik, Burdur, Gumushan, Igdar, Kilis, Sirte, Tunselli and Yalova; 2 deaths in Bayburt, Bitlis, Hakkari, Kırşehir, Niğde, Sinop and Yozgat; 1 death each in Ardahan, Artvin and Kars; 7 people died abroad. We have not been able to identify the deaths of workers due to Kovid-19 to Muse and Sherna. 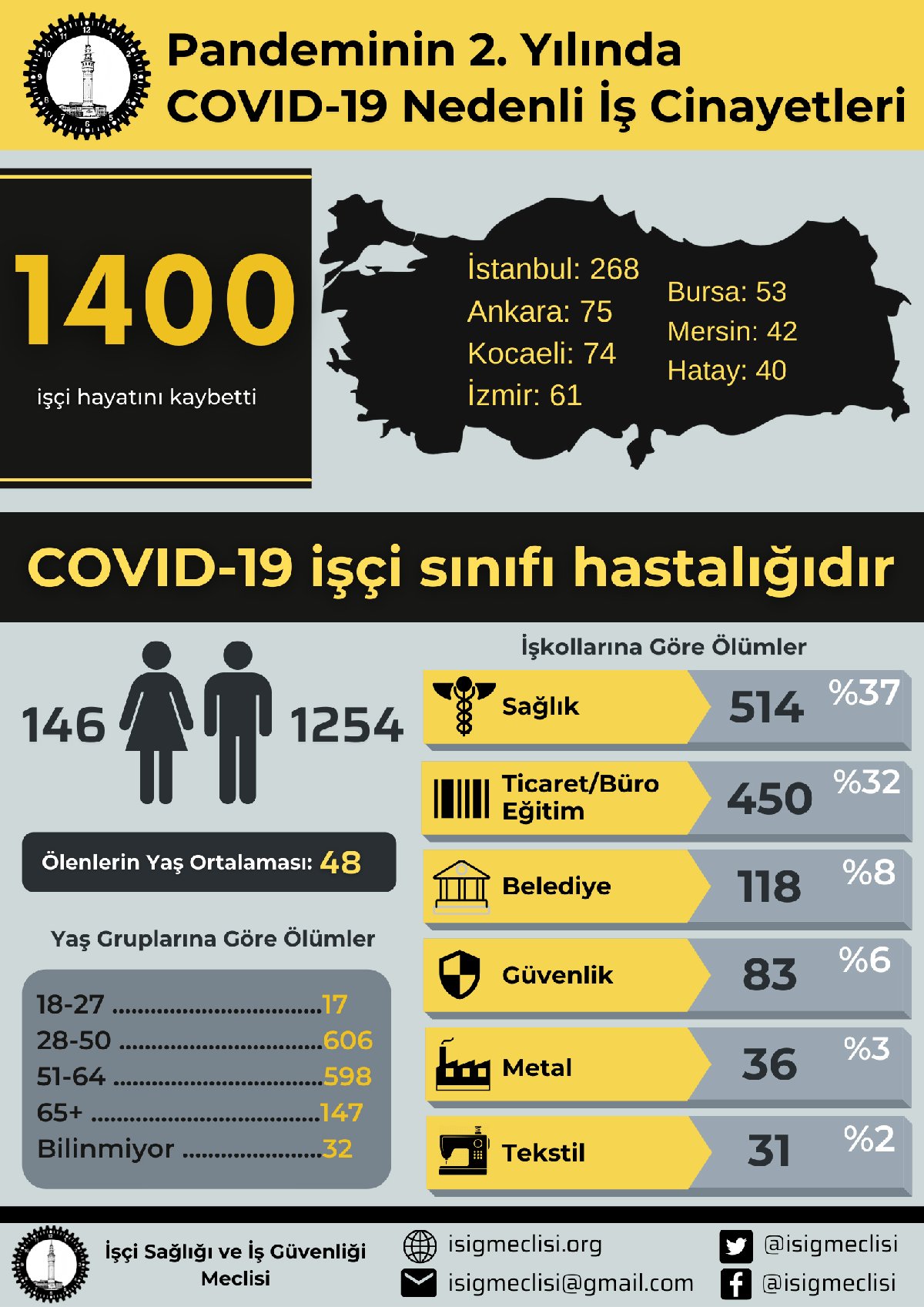 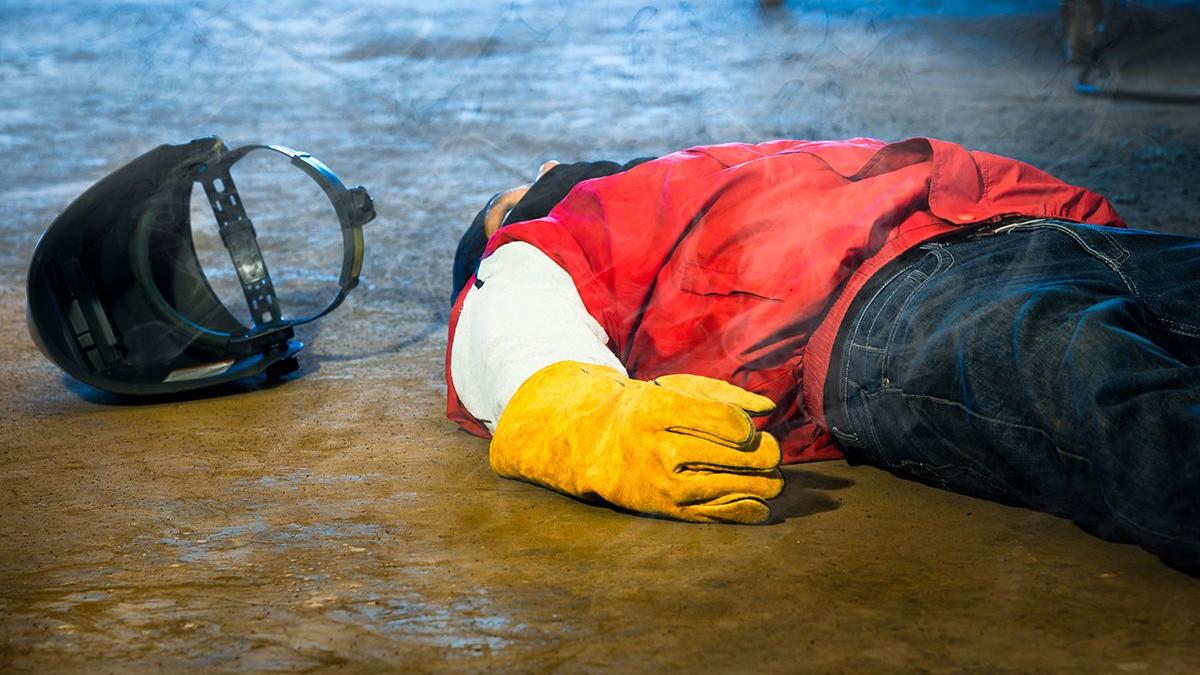 You may be interested ISIG Assembly: At least 2,170 workers killed in work-related killings in 2021 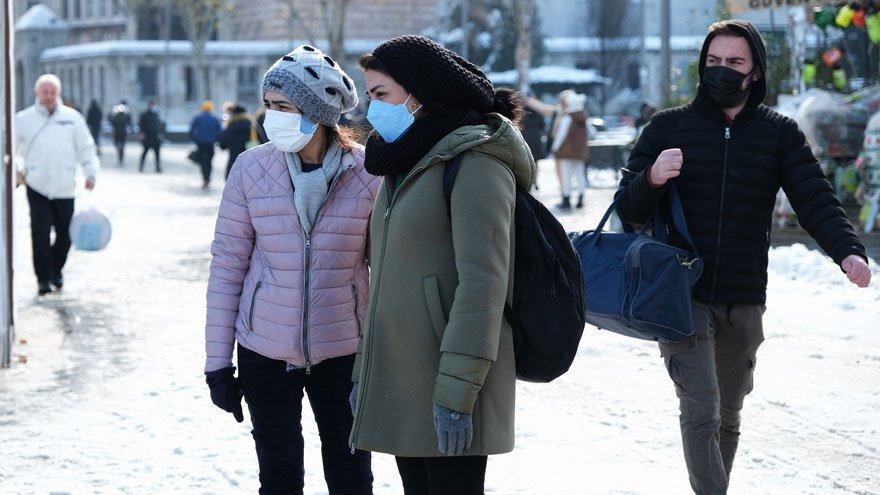 You may be interested Scientific research: The number of deaths from Covid-19 is 3 times the official statistics