According to US President Biden; The content of the weapons that Russia will use will change the course of the war. The media also focuses on which weapons will be used and which will not. Just like children focus on which is the most deadly weapon to defeat the enemy in the game of bloody war …

I don’t know if a Ukrainian father talks of his son fighting as a “toy”, as in the movie “La Vita e Bella”. But I think that all children of this age, whether they see war or not, are stuck in the rhythm of time fed by war games in the virtual world.

Although the war between Russia and Ukraine has brought back many old movies about the history of World War II, some movie scenes are aimed at protecting children from bad habits and violence. But he does not seem to have taken into account the reality that he presented.

For example; At Stalin’s direction, a soldier pulls the trigger of a gun placed in the temple of two Russian rebels. At the moment of triggering, a close-up shot is engraved in our mind, but the glass and table bottles in Stalin’s hand are ice.

Obviously; The mentality that decides to freeze it does not regard war, weapons, torture and extrajudicial executions as violence!

Moreover, this frosting in the movie is for adults who pass by the isle of alcohol and cigarettes that are sold openly in grocery stores every day. Do we really believe that we are protecting children from harmful things by presenting images with age-limited logos, beeps and icing?

Well, have you ever watched TV series and games watched by children and young people that we adults try to protect from bad habits? The common theme of television series that family members watch together is now weapons. All kinds of weapons. There is no series where weapons are not used or zoomed in …

Some video channels have even listed the best violent games for kids and teens. Bloody Games has made it to the top 10 list. The word gun is light in these combat games based on murder. So that; Some war games have “qualified” to enter the top ten on the list of bloody games, as they escalate the violence with their new improved version!

The virtual world of warfare has everything except being human. You can kill innocent people in these games. Either inject acid into their body or crush them with your car. You can also torture with electricity – there are all kinds of murders. The limbs fly in the air, the head is cut off, the blood becomes a pool of blood and the one who kills the most is referred to as “our hero”. The number of people who have seen this top 10 list alone is 3 million 258 thousand 73. Probably most of the viewers are youngsters whom we try to protect from bad habits by freezing cigarettes and bottles in movies. 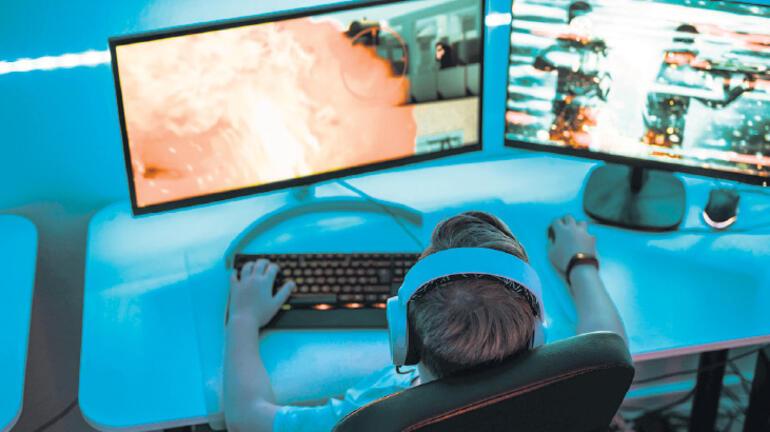 According to research, violent digital games not only make children aggressive, they also destroy their positive emotions and behaviors because they cannot be empathetic. It’s clear what kind of future we’re building with these games, creating an incredible billion dollar market. Although many countries go to war to ban barbarism, they cannot change the outcome.

While the media explains how the game market is growing on the pages of the economy, it also reveals how these games harm children and young people on the pages of society. But he cannot go one step further than this paradoxical situation.

The method of preventing violence is icing, not prohibition. But logic and more importantly, those who insist on having a gun in front of us and bring cigarettes and cigarettes in front of us, shouldn’t we need to question their sincerity?

US President Joe Biden said in a statement on the war between Russia and Ukraine: “Our intervention will vary depending on the content of the weapons used.” The media is discussing what those weapons are, but not whether there is a way to prevent war… it focuses on which weapons will be used or not. Just like children focus on which is the most harmful, the worst weapon to defeat the enemy in the game of bloody war …

Is it possible for a world that presents child violence as a game to survive the war?