Acun Ilıcalı, who bought Hull City for 30 million, gave his first detailed interview in England to David Coverdale from the Daily Mail.

Acun Ilıcalı, who began his speech by saying that he supported England in international tournaments, said:

“I remember very well England’s success in the 1990 World Cup. The staff with Gascoigne and Lineker … even I know the music of that time by heart.”

“I’ve always had a special love for English football. It was my dream to own a team. I decided I could afford to buy a team from England. I wanted English football to bleed into my veins.”

“Hule, there is a bridge like the strongest bridge in Istanbul”

“I’ve been looking at the club for a long time. I said which one is best for me and if I can buy it … I’ve researched 5 clubs. I’ve known Hull City since the Premier League. I wanted to go and see the city and Club. I first went in June 2021. From the first moment I landed, I felt great. I loved the stadium and the people. I also loved the city. Another sign of destiny. After visiting the town and the club, I turned to my brother next to me and said, “This is my town and my team.”

“I’ve never failed in my career.”

I have never failed in my career. Every year has been better than last year. I have hosted some of the most famous Hollywood stars in my program in Turkey. My new goal is to make beautiful people happy.

“We want to be the next Leicester City.”

I can’t say that success will come in a year, but I think we will be promoted to a higher concentration in the Premier League from next season. This is our first goal. If we get into the Premier League, we will not be candidates for relegation. Our goal will be to play in the best 6. I don’t think Hull City is missing anything from Leicester City. I admire Lester’s performance over the last few years. We are ready to be the next Leicester City. At Hull City, we have a chance to win the trophy.

“I have a revolutionary project …”

I’m not here to make money. There is no such thing as ‘how much will I earn’ in my plan. Going to the Premier League is not the most expensive, but we will make the most accurate transfer. If the fans want to return to the Premier League, we will work together. Fans are an important part of the club. I dream of an unprecedented revolution in football history that will engage fans in the game. I want to save this plan for now.

“We will create a link between Hall City Fan and Turkey”

We are planning a holiday for fans of Hal City in my beautiful country, Turkey. People in Turkey are addicted to football, they also love English football. Since my purchase, there has been a great deal of interest in Hall City. These are just the beginning. In the future, we will proudly talk about this connection between our grandchildren Hull City and the Turks.

“Kills 2-3 Seasons of the Series from My Life”

Later, one day as I was passing by a TV channel, the sports director called me and asked if I wanted to be a reporter. Inside me; I thought, “I’ll enter the stadium where I’m going for free,” and I agreed.

There will be a series of 2-3 seasons in my life that could break the rating record. I am married three times, I have 4 daughters. I was one of the most talked about people in Turkey for 10 years because my personal life is interesting. At the same time, according to some surveys, I am one of the 5 most reliable people in Turkey. The people of Turkey love me very much. On the street, in the stands, in traffic … they take pictures wherever they see. I take an average of 200 pictures a day.

“I want to make history in British football.”

I was fascinated by Hull’s interest. I expect some attention, but not so much. It has inspired me 10 times more. My dream was to own a club, now I dream of succeeding with this club. I am focused on making history in English football. 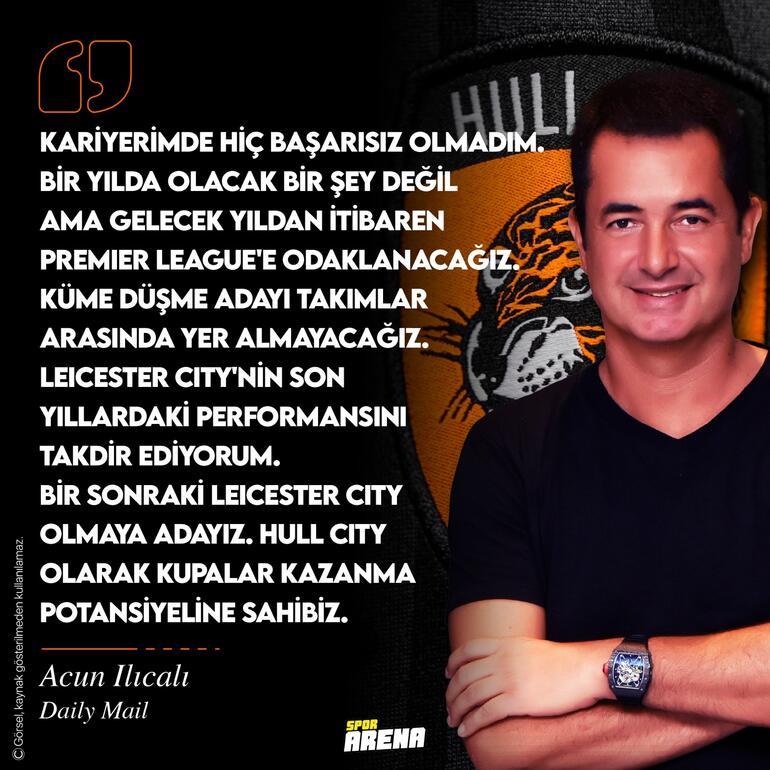