Fermentation is a biochemical process where bacteria or microscopic fungi use carbohydrates to make energy and make new molecules. Initially, fermentation was a method that people used to store food products better and longer. Cheese, for example, can last longer than milk and is a type of fermentation.

Dairy products obtained from fermentation include cheese, yogurt and kefir. 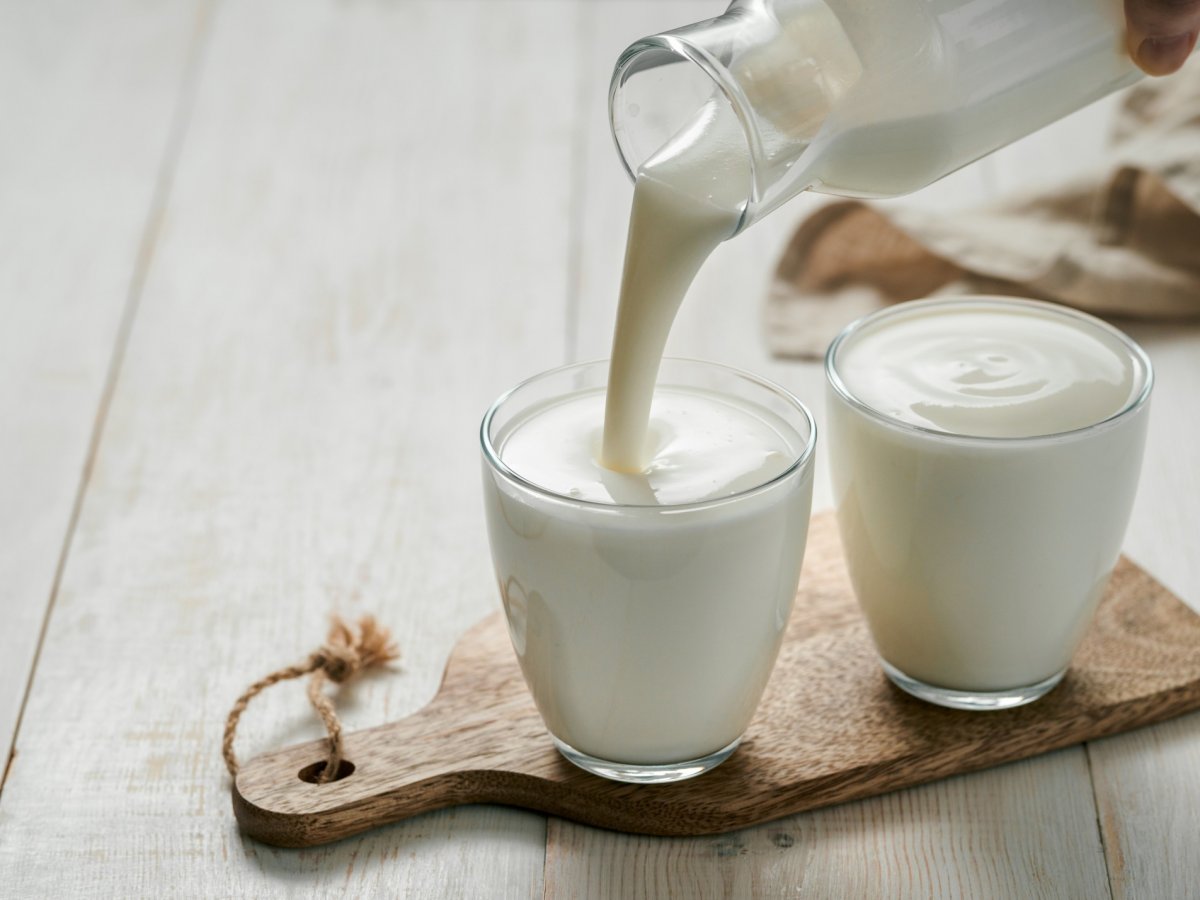 Fermented foods contain probiotic microorganisms that can provide health benefits. Fermentation changes the nutritional properties of food by increasing their vitamin and antioxidant content and increasing bioactive compounds. Also, fermentation produces new molecules that can be beneficial to our body.

Fermentation improves the bactericidal components of food, their shelf life, mineral usefulness, digestion capacity of proteins and carbohydrates, and the taste of products. The use of fermented foods provides various health benefits. It has several benefits, such as reducing the risk of type 2 diabetes, preventing cardiovascular disease and improving digestive problems. Fermented products are also known to have anti-aging properties.

In recent years, there have been many studies on the beneficial effects of fermented foods on health and especially on their anti-aging properties. These anti-aging properties are mainly based on the effect on the immune system of microorganisms found in fermented products as well as the presence of numerous protective compounds. 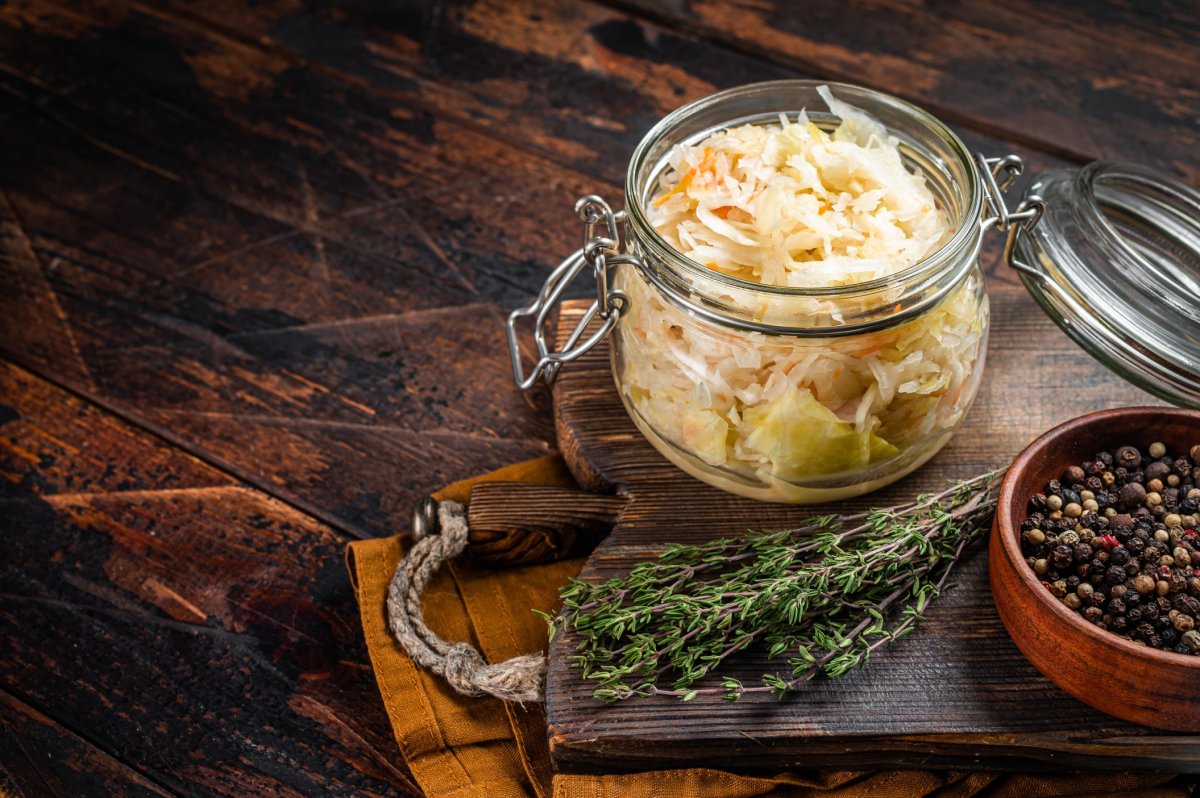 Top 5 fermented foods that give the body various benefits when eaten regularly:

One of the most well-known fermented vegetables is sauerkraut, which is obtained by fermenting cabbage spontaneously with salt at a temperature of 15 to 20 সেল C for several weeks. 100 grams of sauerkraut contains 33 milligrams of vitamin C, which is one-third of the recommended daily intake.

Sauerkraut is especially important for intestinal health. It is known that with regular use it relieves the symptoms of irritable bowel syndrome. There are other fermented vegetables like kimchi of Korean origin, which are the subject of much research, especially in Asia. They have antioxidant and antimicrobial properties.

Studies have shown that fermented vegetables like sauerkraut and kimchi also help control blood sugar. A study of eating fermented foods for 8 weeks revealed that these foods may prevent insulin and lower blood pressure. Also, this type of food was good for weight loss.

Sour bread uses flour and bacteria and yeast found naturally in the environment for its fermentation. It takes about seven days to get a talk. So this type of bread requires more preparation than just fermenting using baker’s yeast.

Sour bread contains fewer carbohydrates which can cause digestive discomfort and is therefore more suitable for people with irritable bowel syndrome.

Kefir is a probiotic drink made from fermented milk with symbiosis bacteria and microscopic fungi. Fermentation produces lactic acid, peptides, and bacteriocins, molecules with antibiotic properties.

There are several health benefits to using coffee. It has several benefits, such as reducing inflammation, oxidative stress and high blood pressure, and improving digestion.

During fermentation, lactose breaks down into acid, making coffee a great drink for those who digest lactose poorly. Also, a study conducted on diabetic patients found that eating 600 ml of coffee daily for 8 weeks reduced fasting blood sugar.

Kambucha is a fermented tea. It originated in China and from there it spread to Japan, then Russia, Eastern Europe and the rest of the world. The drink provides a good amount of probiotics; Tea contains minerals like polyphenols, fiber, vitamins C and B, manganese and zinc.

Kambuchha is prepared with green or black tea, sugar and some kambuchha. A study of 24 people between the ages of 45 and 55 with type 2 diabetes found that drinking 60 ml of camouflage tea daily for 90 days improved blood sugar levels. It is also known to have a positive effect on high blood pressure.

Studies further show that it enhances immunity by improving liver and intestinal function, has detoxifying properties and provides antimicrobial benefits that protect the nervous system.

In general, high soy consumption in China and Japan seems to be associated with a lower incidence of certain cancers, such as colon cancer. This may be due to the substance in the soy, such as genistein.

Examples of fermented soy products include NATO and Miso in Japan and Tempeh in Indonesia. According to a Japanese study of more than 9,000 people, those who ate the most miso soup were less likely to suffer from problems like reflux.