The 94th Oscar ceremony held last night, unfortunately, will not be remembered even a few years from now, not with the CODA who won the Best Picture award, not with the best director Jane Campion. The show has seemed a bit unfocused in recent episodes around the world, with “Will Smith’s Chris Rock” the night he slapped him on the stage.

To give a brief overview of those who missed it, this is not a funny joke about the scene where Chris Rock came to present an award, Sada’s wife, Jada Pinkett-Smith’s haircut due to alopecia.

After Jada Pinkett-Smith rolled her eyes at Rock’s words, Smith got up from his seat and walked onto the stage, and to the surprise of the audience, he slapped Rock hard. He then returned to his seat and gave Rock a stern warning, “Don’t mention my wife’s name.”

Minutes later, Smith, who was on stage again to receive the Best Actor award, could not hold back his tears. In his speech, Smith said he felt compelled to protect his family and continued to do the following:

“I know people who do what we do should be able to handle this kind of humiliation; I know people are talking crazy about you, disrespecting you and you have to laugh and act like everything is fine. But love people to do that. It’s a forced thing. “

Why would Smith be that slave?

Judging by the comments after the incident, many admit that Rock’s joke was unpleasant, but think Smith overreacted. However, there are important clues in Smith’s personal history as to why he perceived the words uttered about his wife as a serious insult.

Will Smith shared some very intimate details about his childhood days with readers in his autobiography “Will” published in November 2021. Noting that when he was just 9 years old, he and his three siblings witnessed the violence their father, Willard Carol Smith, inflicted on their mother, Caroline Bright, Smith used the following expressions:

“When I was nine years old, I saw my mother fall to the ground on my father’s very hard fist beside my mother’s head. I saw my mother spit blood. That moment in that bedroom was probably more impressive than any other moment I had. Life was determined by that. “ 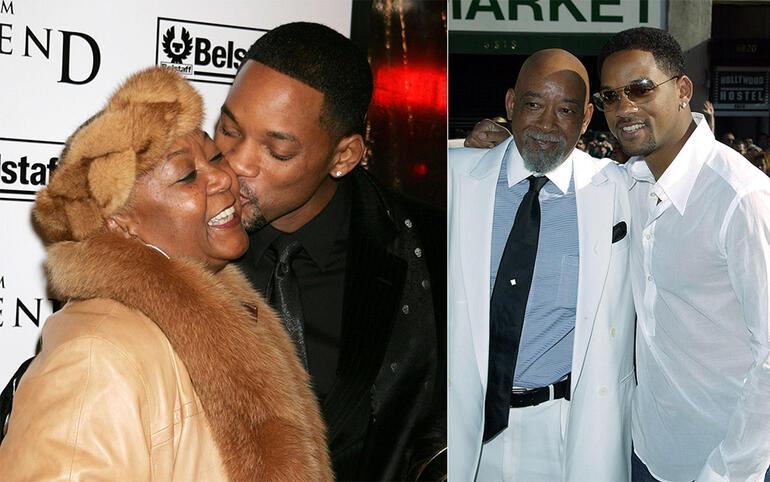 Smith explained that he was hurt not only by his father’s violence, but also by his inaction in the face of the violence, and said:

“Everything I’ve done since then – awards and accolades, spotlights and attention, character and laughter – I have always apologized indirectly to my mother for not doing anything that day. .

“Will Smith, the Alien-Destroyer Alien you see today, the great movie star, a fairy-tale – a character I have carefully crafted and finalized to protect myself. To hide myself from the world. To hide the coward.”

Will Smith spent his childhood in the Winfield neighborhood of West Philadelphia. His father, whom he called “Daddy”, was a self-employed refrigeration engineer who drank a lot. He was a very irritable man with a military discipline. Her mother, whom she called “Mum-Mum”, was a successful woman who, in her determination, worked first in an office and then in a school. Smith explains in his book that the “cowardice” he felt as a child determined his life, and in the years that followed, he pushed for it by doing the things he feared even more. (For example, he celebrated his 50th birthday by reverse bungee-jumping from a helicopter hovering over the Grand Canyon.)

Smith was separated from his parents when he was a teenager and divorced in 2000. Smith maintained a close relationship with his father. But, as he puts it in his book, Will Smith’s patriarchy reawakened when Willard Smith was diagnosed with cancer and confined to a wheelchair. Smith, who admits in his book that he thought of killing her while caring for his father, “When I was little I always told myself that one day I would take revenge on my mother.” He said and continued:

“I stopped at the top of the stairs for a moment. I could have easily managed to push him down. Thank God, we are judged by our actions, not by our trauma-induced internal explosion.”

“I was going to call 911 and show an Oscar-worthy performance,” said Smith, who compared Richard Weidmark’s “Kiss of Death” scene to his father’s intent to kill. It was an unprecedented darkness for an actor who was always known for his beautiful and popular characters and his goal was to have a good time with the people around him …

In his speeches after winning the Best Actor Oscar, Smith often spoke of a supreme power that called on him to “love people, protect people, and be a river for their people.”

Smith added that Denzel Washington, who was nominated for the same award, approached him after the slap and said, “You have to be careful when you’re at the top, because that’s when the devil comes to hunt you down.”

Smith, now 53, first gained a reputation as a rapper and a musician. Then, at the age of 22, he landed a lead role in the sitcom “The Fresh Prince of Bell Air.” Here, Smith plays a high school student who is constantly fighting, and his mother sends him to live with wealthy relatives in California.

After announcing that he would appear in the series, Smith was arrested for assaulting music producer William Hendricks. A charge was filed against Smith on charges of aggravated assault, criminal conspiracy, aggravated assault and disorderly conduct. Although later all the allegations were dismissed. 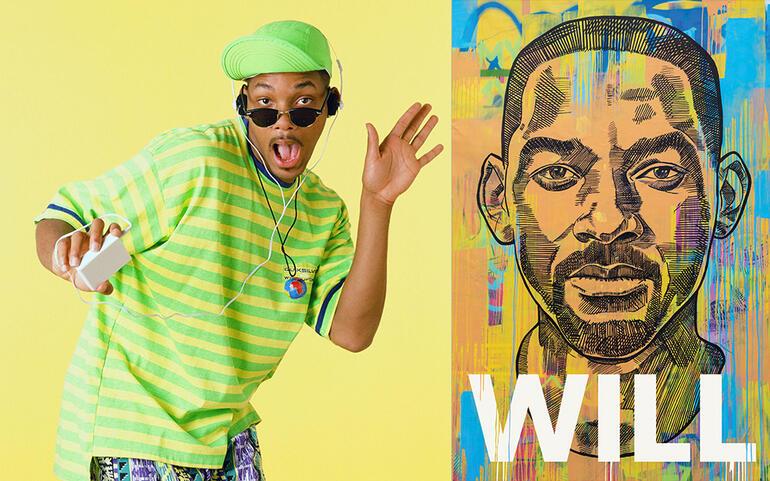 Her character from ‘The Fresh Prince of Bell-Air’ on the left, book cover on the right

A name known to the world for over 30 years, Smith is a popular face in both public and art, for his generally ridiculous behavior. Her marriage to Jada Pinkett-Smith, which is considered long by Hollywood standards, has been on the tabloid press lately.

There were other comedians who talked about Smith and Pinkett-Smith, who announced that they were in an “open marriage”, meaning they were with other people from time to time.

Smith, who repaid his father’s তার 140,000 child support loan to his mother after the divorce was finalized in 2000, explained the reason for the decision in his book, “My father had no money to pay my mother, and my mother did not have “I will not let my father go to jail.”

Finally, Rebel Wilson, who presented at the BAFTA awards ceremony two weeks ago, “Last year was Will Smith’s best performance when his wife didn’t mind her boyfriend.” He joined this caravan with a sense of humor.

Speaking to reporters after Wilson’s joke, Smith said: “There was never any betrayal in our marriage. Jada and I talked about everything, we didn’t surprise each other at all.” And added: “I hope our openness in this regard will encourage others to have meaningful conversations about monogamy.”

Another name that has made this a joke is Chris Rock, you can imagine. Two years ago, when Will Smith celebrated the birthday of his ex-wife and mother of his first child, actress Sherry Jampino, via an Instagram post, Rock commented below, “Wow! You have a very intelligent wife.” Wrote. These words were supposed to throw stones at the couple’s open marriage arrangements. 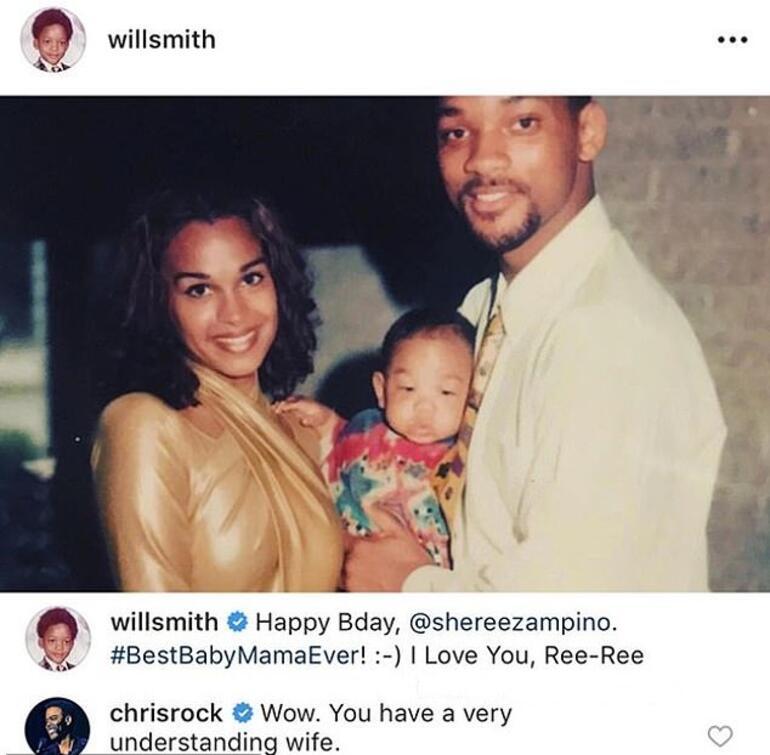 Rock, on the other hand, had a word for Pinkett-Smith from the Oscar stage before. In 2016, when Smith was not nominated for an Oscar for his movie Conclusion, Pinkett-Smith decided to boycott the night. Rock, who was present at the event, turned it into a joke and said the following:

“Jada was angry, she said she wasn’t coming. Jada boycotted the Oscars, boycotted Rihanna’s panties like me. I wasn’t invited there either. But people get angry. It’s not right that Will is good and not nominated. On the other hand, it’s not right. Will received $ 20 million for ‘Wild Wild West’. “

The Guardian’s “‘To Coward the Cowards’: How Smith’s Personal History Can Explain His Oscar Violence”, New York Times’ “The Fresh Prince of Belles-Letters? Memoirs of Will Smith.” And the title of The Independent’s article is “Will Smith: 9 Amazing Things We Learned From The Actor’s Outspoken New Memoirs”.