This week, we’re with one of TRT İzmir Radio’s leading Turkish folk music and opera singer Koksal Koskun, who has compiled many and led a choir. Koskun, a graduate of the Village Institute, talks passionately about his mother’s influence on music education, the songs his father sang in his beautiful voice, and how he came up with the lessons learned from TRT Erzurum radio artist Kahit when he was in his third year of high school. Was:

I was born in 1961 in the Olur district of Erzurum. My mother is a teacher who graduated in 1952 from the Kijilulu Village Institute in Izmir. And she is the only female teacher in our region. The Kızılçullu Village Institute building is currently used as a NATO building in Izmir. What a progressive, modern man my grandfather Reese was that he brought his daughter to Izmir under difficult circumstances in those years and brought her to Kizilchullu. My grandfather was a wealthy landowner in the area, he is still known. He provided many services to Kuvai Miliye during the War of Independence. My father, Hussein Koskun, has been appointed as a health officer in Olur district. There they met and married my mother Mediha.
Jafar had a brother before me, but he died. I was born as a second child. I completed two years of my primary education in Olur, two years in Artvin Burka due to my father’s appointment, and a fifth grade at Erzurum Palandöken Elementary School. My mother was my first teacher. When my father went to Ankara for higher education, my mother was a teacher in the mountain village of Olur. The winter was long and harsh. Since there was no health center, my mother would take me to the district on horseback when she got sick.
There were no vegetables or fruits then. My mother taught these foods to her students from books. He would bring fruits and vegetables one by one which could come to the district less frequently and introduce them to the students. Because the fruits and vegetables that could come were usually eaten by the district property chiefs. After finishing my secondary education at Erzurum Gazi Ahmed Muhtar Pasha Secondary School, I entered Erzurum High School and graduated from there. 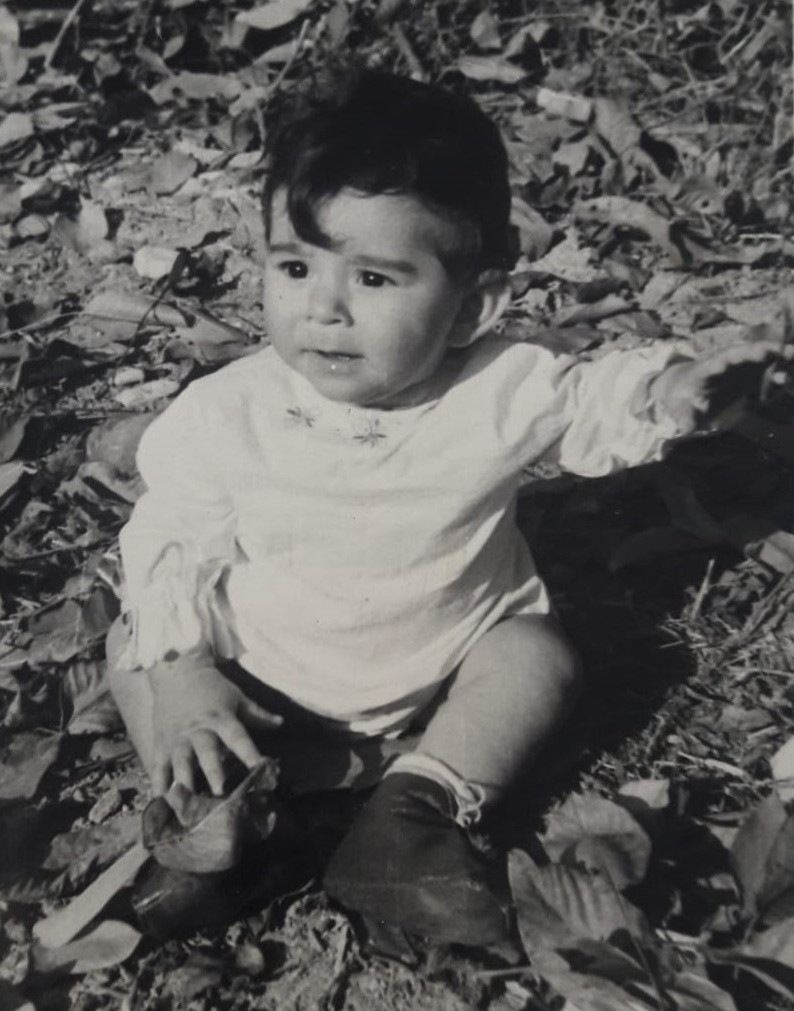 My mother was a Republican woman, in love with Atatুrk

Since my mother was a graduate of the Village Institute, the mandolin was played at home. My mother, who was sensitive to music, was very talented, she danced well and sewed well. She came from a narrow circle, was a lover of Atatুrk and was a true republican woman.
In my elementary school years, I was always forced to go to shows and sing folk songs on certain days. My father also had a beautiful voice and sang beautiful songs and folk songs. In the third grade of high school, I started taking arrogance lessons from Erzurum radio instrumentalist Kahit Uzun.
During those years, due to my interest in folk dance, I took folk dance courses at the Erzurum Folk Dance Association and the Public Education Center, and continued to be a folk singer.

We played in the Caucasus Games, the Erzurum Bar and the Gaziantep region. I became the head of the music department at Erzurum High School. In those years, there was package broadcasting, we used to participate in package broadcasts on television as high school folk music singers. Salta 1976. I was the head of the music department at the school. Being the head of the music department means being social. I always had music in my mind. My music teacher, Ferdane Hamzaolu, who consciously directed me to music, pioneered me in my music education. In his spare time, he used to teach me to sing on the piano. In those years, our high school had a music room and a piano. When I was in high school, in 1976, the Trainee Voice Artist Exam was opened on Erzurum Radio. Having passed this test, we begin to learn folk songs in the meshak method. Our teacher, the late Erzurum radio artist and conductor of the choir, Sut Iskley, would sit in our room with a bell-ringing tambourine and teach us folk songs by ear without notes. After a certain amount of training, they started broadcasting Turkish folk music choirs on our radio. My music teacher, Ferdan Haneem, was from Tokat. He taught me folk songs, but folk songs were not erzurum folk songs. For example, he sang tunes we had never heard in Erzurum, such as “Tokat is in a vineyard”, “Birds are singing in the morning”.

The late Nida Tufeki was a member of the jury in the first attempt at the examination of amateur vocalists held on Erzurum Radio. “What would you say, young man?” He said. I will sing an Aegean folk song “Birds sing in the morning”. When I said, “Where are you from, my son?” And when I came from Erzurum, he said, “Learn Erzurum folk music first, it’s not Aegean folk music, it’s Tokat folk music” and he took me out. . I was disappointed but not discouraged. A year later the test started again. This time I won by singing Erzurum folk song. In 1977, I became a trainee artist there.
As a result, in accordance with my father’s request, instead of teaching music, I entered the Opium Faculty of Financial Science in 1978, affiliated with the Eskihire Academy of Economic and Commercial Sciences. After studying there for a year, I took the university entrance exam again to study music, and I won. I came back to Afyon to get my registration. However, I could not believe that I had passed the test. I wondered if I had misunderstood, so I went back to Izmir. I wanted to see my name on the list again and when I saw my victory for the second time, I happily went back to Opium and got my registration. As an officer’s son, I was not supposed to do anything wrong. In 1979, I became a student at Izmir 9 Eylül University, then Ege University, Faculty of Fine Arts, Department of Musicology.

I didn’t have any problem with the exam because my music teacher taught me. I was not unfamiliar with the sound of the piano, I could hear only two or three words. My perception of rhythm and melody was good.

The first binding course at the university

You will hear one voice, you will hear two voices at the same time. In fact, there would be four or five words and you would hear those words, it was very important that you could perceive the melody and hear the rhythms correctly. These have already been resolved as the ear develops. Since it is a musicology department, in addition to basic western music education, it was the first in Turkey, where there were armpit lessons and traditional Turkish classical music lessons. In other words, Makam was taught in the history course of the method. Unlike the maqams taught outside today, but when we were talking about specific periods, 15th century maqams and classification, analysis and comparison of music, that information came to us intensively. Different types of ancient scripts were taught. A music researcher had to learn Ottoman Turkish.