Since the school start age has been defined as 69 months in the last period, I thought that 60/66 months of practice, which has had a negative impact on its beginning, should be addressed again. Meanwhile, the low math results of students participating in LGS once again “shocked” the society and the education world. Abstract as students age requirements […] 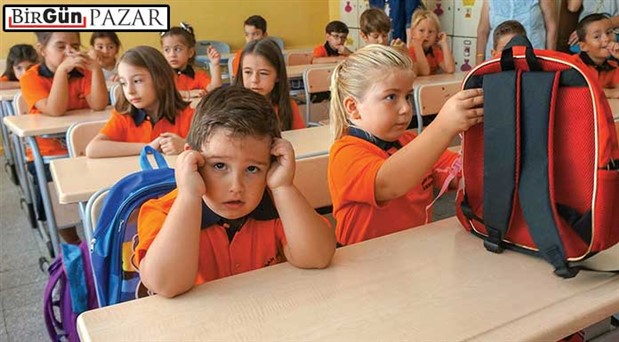 Since the school start age has been defined as 69 months in the last period, I thought that 60/66 months of practice, which has had a negative impact on its beginning, should be addressed again.

Meanwhile, the low math results of students participating in LGS once again “shocked” the society and the education world. Regardless of whether students are inadequate in developing their abstract thinking ability due to their age, I would like to discuss again why it is important to start school age.

In 2012, as part of the practice known as “4 + 4 + 4”, the legal change brought the age of starting the first grade of primary school to 60 months. At the time, many experts, including myself, objected that the change would jeopardize children’s behavioral and learning development, writing and drawing a lot and speaking on TV programs, but the practice was suddenly effective.

The debate over the political agenda behind the system made it difficult to see the effects of what was happening on children. Indeed, with other discussions, the subject ceases to be the focus of social attention after a while; Continue with retouches. Together with Sebla Gökçe and other team members, we conducted a large ADHD screening in all schools in a district of Istanbul to directly examine the effects of this condition on our children, which previous studies have clearly shown will have a negative impact on development. See how Attention Deficit Hyperactivity Disorder (ADHD) affects children, and age differences. As a result of the new regulations, children aged 60-72 months will have to study in 1st class at the same time in 2012-13. With the age group over 2 years in the same category, the situation in Turkey has provided an “opportunity” to investigate the effects of a wide range of age differences on development. Previous studies have generally been conducted in the age range of 1 year. In our article published in the Journal of Behavioral and Developmental Pediatrics in 2017, we reported our results on a sample of 4,356 students. To summarize this study, which I summarized earlier in these pages, the frequency of ADHD diagnoses among those who started the new year at 72 months of age was at least 50 percent higher than those who started at 72 months of “normal” or older at the same time, at a younger age. Children’s social, educational and behavioral development was also lower than that of their classmates.

Especially in the absence of pre-school education, the level and amount of school readiness to be ensured has made it more difficult to meet the expectations of first-grade education content and adhere to the classroom order for children under 72 months. A U.S. study (NEJM, 2018), which showed the relationship between age and ADHD risk using other methods, found that those born in August, the youngest in the class, showed 30 percent more ADHD risk than those 11 months. Bigger than them in the same class.

Even when children under 72 months of age are taken in preparatory classes, the risk of ADHD increases and decreases compared to the month of birth in the same year. These results suggest that pre-school education, which is one of the best tools to ensure school readiness, should include not only the year before first grade, but also younger ones (such as 3 years or more).

In another study published in BMJ in 2018, looking at the relationship between school start age and behavioral problems in Germany, their situation was assessed in 2nd and 4th grade based on school start age. The results are similar: the younger the students in the primary grade, the more likely they are to develop ADHD in the advanced grade. Furthermore, in the school system that was studied in Germany, the starting age was between 72-84 months.

So, all these problems appear for some time and then disappear? This is not an exaggeration, is it just a problem that will fade over time? In our study in Istanbul in 2012-2013, which I summed up, 4 years later, we went and evaluated the kids one by one. We have sadly seen ADHD symptoms and a lack of academic development, which we find to be high among those who start school at the age of less than 72 months. Studies by Şahin and İşGüzel found that students who started school at the age of less than 69 months during 2012-13 lagged behind the older age group in all cases, and that this gap was maintained.

Legal measures that begin at the age of 5 instead of 6 in the first grade of primary school, move away from the best point where at least half of the structural features of brain development for learning are realized (if we say 7.5 years), because ADHD and other developmental problems are more Frequently seen, due to the emotional, emotional, confusing, and excessive activity of more and more children, he invoked the deterioration of his academic, social, and behavioral development, and the need for treatment. With the regulations enacted year after year, the school start age has been reduced to 69 months, an incomplete step in the right direction. Because we have seen that even in children over 72 months of age, the 6-month difference severely affects the mildness and abundance of ADHD symptoms.

If we see that a person under 72 months of age increases the risk of becoming a newborn, then this age limit needs to be complied with. But this is not enough. The levels of social, emotional, and cognitive readiness of pre-school children need to be screened, specialist assessments are made if possible neurological disorders are suspected, and their readiness needs to be strengthened to address these deficiencies. That too is not enough. Pre-school education needs to start at 36 months, based on approaches that enhance school preparation skills and identify deficiencies in a timely manner, in a way that makes it accessible to every child.

There is another “not enough” situation. And here it is: the generation with a “dual” start, where these 24 months are together between 2012-2013, is approaching LGS. We have seen and know the effect of birth date differences on children’s cognitive status and attention / focus ability. We also look at how early onset puts pressure on children’s development at an early stage and how this pressure affects behavior and learning over the years. So how do we fix the additional inequality caused by the legislation that will be enacted in this test? I will continue the issue of inequality.