A two-player drama called ‘Gideon’s Knot’ in front of the practice stage audience. We met the actors in the play, Elvin Besicioglu and Celine Tekman, who made a name for themselves through their performances in the play, which criticizes the education system through parent-teacher relationships.

We meet Elvin Besicioglu and Celine Techman on the day of the rehearsal at the Fşekhane Black Box Stage. Beşikçioglu is a graduate of Hacettepe University Conservatory. Elvin Haneem plays a parent in Gideon’s Knot, directed by his wife, actor Erdal Besicioglu. Celine Tekman is a graduate of the State Conservatory Theater Department at Mimar Sinan University. In the role of a teacher in the play … we chatted with these two actors who are passionate about the stage based on their new play.

* How did it feel to return to the stage after a long break?
Elvin Basicioglu: When the epidemic began, online theaters were on the agenda. We prepared ‘Fahrenheit’ during the discussion on “whether it is possible, whether it is theater or not”, but on that condition we could not stage it. At that time we were preparing for this game. We were going to play online at first, but when the theaters slowly opened up, we met the audience. After being an artist for so many years, he got up on the stage and lost his hands and feet.
Celine Techman: Usually the season ends, you take a break for a maximum of two months and you start again. I was excited when I came back with a long break in the epidemic; My knees were shaking.

‘We are losing children’

* How did you prepare for the role?
Elvin Basicioglu: First, I try to look at the character’s right-wrong from the point of view he sees. I have no body but this body; I have to play with it, so I try to hold on to myself as much as possible. Whether he is right or wrong, I believe that person’s knowledge is right and I try to move forward with it.

* The game is about a meeting between a parent and a teacher. What do you think about the education system of our country?
Elvin Basicioglu: ‘Gideon’ is a play written by a foreign author, set in America. The systems are almost identical. If you want to enroll your child in a private school or public school, you are missing out on a lot of them. We can blame schools, which I blame especially in this case: schools forget their responsibility to help children be happy, discreet and confident. Mathematics, physics, chemistry courses and academic achievements that only emphasize them… I am very annoyed with this pattern. This is a terrible thing, a huge alignment. I have told all the schools where I have taught my children that I am against this system. More important to me is the child’s happiness, self-confidence, stepping on the ground, being interested in art and expressing oneself.

“As you get older, you’ll realize that the key is not acting, but creating magic.”

* Mrs. Celine, you are playing the role of a teacher …
Celine Techman: I had teachers I saw or I was badly impressed with. They were very effective in deciphering this character. When I see her as Celine, she’s standing where I can’t stop. I have tried to understand their reasoning.

* Do you think it’s hard to make kids human these days?
Elvin Basicioglu: I think it was always difficult. For example, if you ask my mother, it was hard (laughs). Children are always tough. What you call a child is a living creature that grows every minute… seeing, hearing, and having a sponge-like brain that absorbs all kinds of information instantly. Childhood is the easiest time … Children stay until they go to school. She began to participate in the social environment with kindergarten and began to see the good and the bad.

* Social media has a big place in children’s lives …
Elvin Basicioglu: My son has become so used to computers that he now lives with them. When you were younger you could set boundaries and they could adhere to it because there was a social life. They were coming from school, going to the garden. Every month at least two students’ birthdays were celebrated. At that point, I realized how important teams are, for which I am calculating who I will bring them to. Now there is not much demand for children. They lock themselves in their rooms, they both read letters and play games.

* How important is art to the child?
Elvin Basicioglu: Many … art builds confidence in children and enables them to express themselves. It develops your mind, opens your vision. It teaches how to exchange opinions and express what you understand. The sooner he enters your artistic life, the better.

‘You are in endless possibilities’

* What does acting mean to you?
Celine Tekman: It’s important to me. When you are an actor, you can be anything. You are in endless possibilities, it is very magical to me. For example, you can die, you can be born … That was the first thing I got. When I was younger, I was passionate about every profession. There was only one profession where I could be anything, and that was acting. Theater is very valuable because it is an art with one-on-one interaction.
Elvin Basicioglu: Television was not common in our time. I decided to become an actress after seeing Işık Yenersu in ‘The Shroud Girl’ on the theater stage. So, as you get older you will see the fact that the main thing is not acting, but creating that magic.

* Mrs. Elvin, Your partner is controlling the game. What is his attitude towards you while working together?
Elvin Basicioglu: He comes out very strict, he is not kind at all (laughs) … It is a process of creation and we get along very well with Erdal in that process. Of course, he insisted on what I resisted. We entered the Conservatory, we opened our eyes, we are together, now we have two children, we are together again … 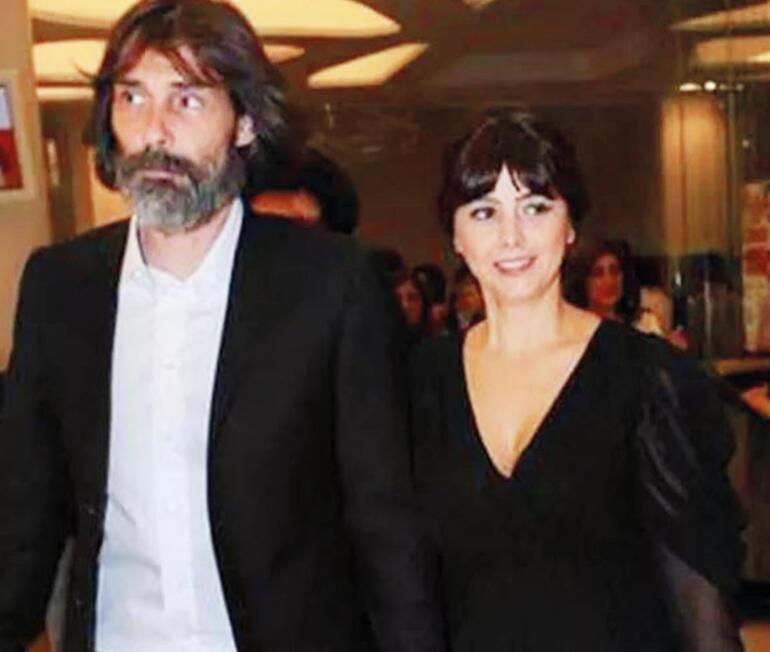 * Mrs. Celine, what kind of director do you think Mr. Erdal is?
Celine Techman: He is a director I really enjoy working with. Someone who has really strict rules and knows what he wants. This prevents the player from throwing.
Elvin Basicioglu: Erdal is an excellent director and this gives confidence to the actor. You can lean your back on it.