Each league has fixtures that act as carriers within a certain period of time and remain intriguing throughout the season.

Liverpool-Manchester City are currently the number one game in England to satisfy the hunger for football. We have been enjoying the Bayern-Dortmund match (mostly 3-2 ending) in Germany for several years. Rangers-Celtic have not had a bad game since meeting in the same league. These competitions are not the size of the name, but the joy of football.

Personally, I have been enjoying the same kind of fun at the Trabzonspor-Beşiktaş matches since 2016 in the Sport Toto Super League.

In addition to the fact that almost every match between the two teams is full of joy, there is another wonderful link to this match, which I think is strategically educational.

Since I have shared a lot of content about Trabzonspor’s game and I think Valerian Ismail has made a difference in this fight, I will write my thoughts on Ismail’s first match plan in this content.

In this trio, since Abdulkadir and Bacacetus were leading in terms of their playing character, the COPs alone would be responsible for taking the first ball to the center. One of the most important aspects that makes the Greek star valuable is that he can move the front five balls without the need for a parallel partner.

Valerian Ismail prefers a front-field press, which occasionally goes to the defenders early in the match, but mostly surrounds the passing channel of the COOP. The goal of the settlement, between the defender and the COOP, was to bat and bat just behind the COOP, with the goal of limiting the Burgundy-Blue team’s ability to land and reach the third zone.

Although Seopis almost did not lose the ball against this pressure in the first 45 minutes, he had a hard time turning his face towards the opponent’s half. As it stands, the hosts have moved on to Hibble, which they have often resorted to in game setups this season.

Trabzonspor targets their striker and Nwakaeme’s one-on-one matches when they bring a long ball from the defense. Cornelius, being an influential player on the field, keeps the team with the balls he gets on the opponent’s field, usually opposite his back where he has the physical dominance.

Abdullah Avisi’s failure to start the match with Cornelius changed the ball’s address directly to Nawakayem in the first half. Due to the pressure on the COOPs, Trabjanspor could not include Abdulkadir and Bacacetas enough in the game and the Nigerian star automatically came close to the touch line and had to hang a bit behind the event zone. Here, the black and white team came into the triple defense game.

In the last few years, we have seen one match after another between Rosier and Nwakaeme in the Beşiktaş-Trabzonspor match. Nwakaeme differs in almost every match with his dominance and Rosier’s signpost contributions. The difference between yesterday’s fight for Beşiktaş is that Wellington, who played as a side-stopper, is matching Nawakayem. 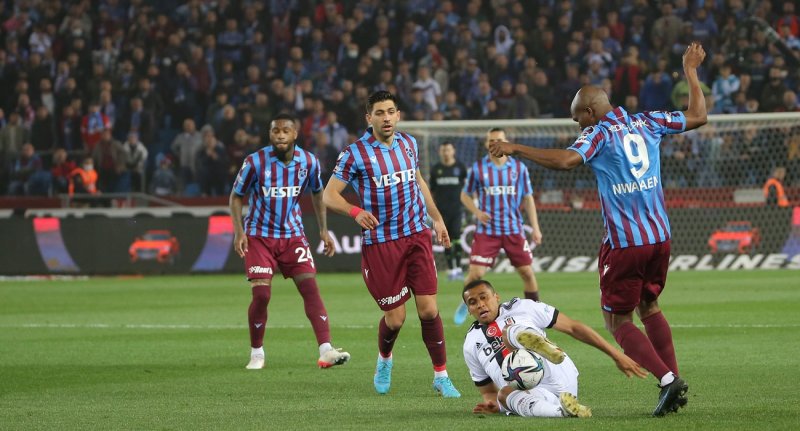 Let me repeat something that I have often emphasized in previous content. Wellington is inexperienced when approaching his own penalty area, but he is a highly skilled defender if he stays away from the penalty area and acquires the freedom to take wrong action.

The Brazilian defender matched Novakaim’s strength by digesting his opponent’s performance, turning his back on the first move towards the balls he was trying to capture and failing to foul a long distance from the goal.

Also, the idea of ​​managing a long ball led to a defender like Hussein Turkmen, who did not have a playmaker identity, leading to many passing errors.

The biggest weakness of the trio and team defense after Cornelius

Each team that has become accustomed to the formation of the quad and suddenly returns to the trio is standing because of the sleeping problems of their defenders.

We saw a direct example of this in the first half of the match when Trabjanspar got a chance and Janini could not hit.

Although Abdul Qadir’s back pass should have landed between center defender Vida and side defender Wellington, it was a rosary match with the simultaneous move of these players. A similar situation can be felt with many opposite balls which will be thrown diagonally in the next match. 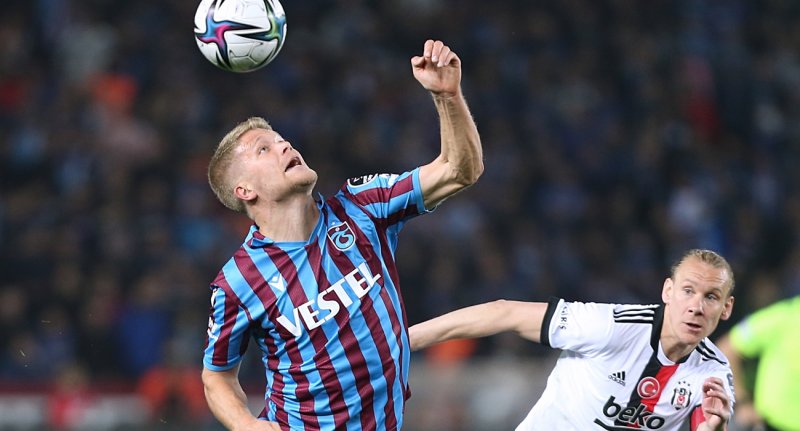 Again, Ishmael brought a different solution to the mid-age problem experienced by the teams returning to the trio for the first time. Joseph de Souza is a name that quadrupled many side ball defenses because defenders were shorter than average position and had a profile name that would allow for impressive headshots. Especially in the second half, Joseph got stuck in a few airballs where Cornelius threw himself into the back post and was probably able to hit easily.

Although I don’t know a name that I like very much and I find Rover positive playing habits, he is not a name that has gained stability as the only striker. In the second half of the match, he took the role of the second striker and took the position of Cornelius striker and he brought the goal with the long ball gun of Trabjanspar in his pocket. Also, Abdullah Avsi tried to bear the problems he felt with Berat and Hamsik’s rice, as there was no parallel second midfielder in the first half.

I have expressed my opinion in the content that Beşiktaş can play 90 minutes at low speeds due to the staff structure and the errors we assume during the camp.

We had a powerful example of how this idea could be broken in a triple formation where the number of defenders (naturally, the number of players for a counter-attack) increased.

The Trabzonspor field players were a group of players who wanted the ball at their feet and would not acquire their skills by chasing the opponent. Therefore, the mentality of having the ball around 35-36% and the mentality of taking the game back for the most part will not be beneficial for Beşiktaş. 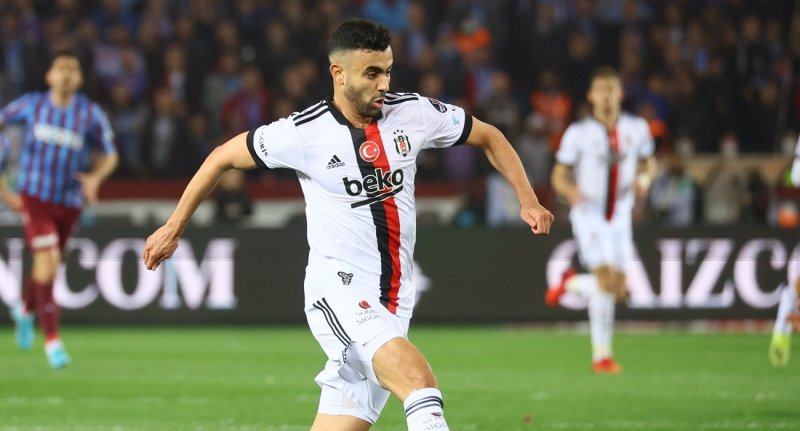 The blacks and whites tried to upset the defense with their quick starts, with Gazelle and Alex Teixeira at the center, giving fullbacks a lane, tripling the defense instead of moving the side-stops and including two midfielders. Attack Here, Rachid played the role of a gazelle locomotive, and Batsuai generally played the role of connector, throwing the ball around his back at certain minutes in contrast to the season.

Despite the richness of the position according to the difficulty of the match, there are some question marks for Beşiktaş. Although Can Bozdogan is physically able to keep up with this pace, he does not meet most of the requirements of a midfielder and cannot be associated with attack. Alex Teixeira, who has benefited from the strength and agility of his upper legs throughout his career, is unable to contribute enough to the game due to his lack of physique. Batshu also has no clear goal kick.

In such an environment, the burden of black and white production is placed on the Gezel-Rosier-Ridvan trio. Yesterday, goals, goal positions and penalty action were created around the same players.

The fight against Travajanspar was a very successful match for Besiktas in terms of strategy. Nevertheless, we have to consider some possibilities here.

There are many players in Beşiktaş’s squad who feel the need to find a place to turn their faces. The fact that Trabzonspar didn’t have a half-bunch on the home field has given Besiktas the opportunity he wanted at this stage. I think Ismail will have his fullbacks and defenders separately against teams that would be “off” in the classical sense.

Aytemiz Alanyaspor’s fight will be an important strategic threshold. Contrary to popular belief, Farioli’s team prefers to face intense pressure and is able to chase the attackers by pulling the first ball. So far, Trabzon is the only team that has been able to keep it out of discipline by applying pressure to the opponent’s penalty area. Apart from what the teams wanted from Alaniaspor, they ignored the ball in midfield and came to the conclusion, especially Novice.

Which method Ismail will choose against Farioli and how he will implement it will give us a chance to think again about the game.

Thank you for taking the time to come to the end of the line.