Yavuz Selim Urgen, 18, son of Fatih Alp Urgen, who lived in the Nazili district of Aydin, was sentenced to life in prison for the murder of Gamje Essen, before a judge.

Esen’s relatives, his lawyer, Yavuz Selim Urgen, his lawyer and witnesses attended the hearing in the Nazi 2nd Criminal Court.
Yavuz Selim Urgen, son of Fatih Alp Urgen, who was sentenced to life in prison for the murder of Gamje Essen, appeared before a judge on charges of “murder with a terrible feeling or torture.”

“Gamje heard I was going to buy gas.”

In his defense, 18-year-old Urgen said, “When I returned home after school, my father and sister were at home. The house was untidy, it’s clear there were fights. My father came to me and asked me to fetch gas from the gas station. I didn’t ask why you want it. Then I get money from the place where I kept the money at home. Gamje heard I was going to buy gas. I bought 50 lira of gas and brought it home. Before leaving the house, I called Emin and said, ‘I have a job, let’s do it together’. I met Emin and then we drove to the gas station. On the way back, I dropped Amin off at his house. Then I said, ‘Bring me.’ I kept the gas I bought at a point in the house.

“Your brother is devoted to you”

Urgen continued his defense, “My father told me, ‘Go to your mother, stay there 2-3 days.’ As I was leaving the house, my father hugged me and said, “Your brother is entrusted to you.” I wondered why he said that, but I did not ask my father. For that moment, the thought crossed my mind that they were going to harm themselves. I got my thing. At that moment Emin brings his motorcycle, will you let me down with my mother? ‘ I said. I was not relieved when my father told me that your brother was entrusted to you. I left my belongings with my mother and returned home. An explosion and fire at the house continued. Firefighters are trying to put out the blaze. ” He said. 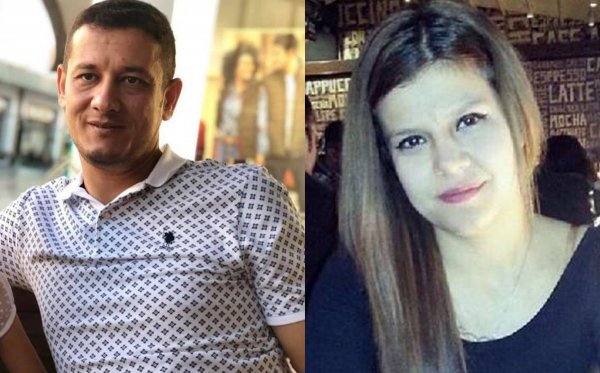 Mentioning that he was young at the time of the incident and had seen life in pink, Urgen said: “Now, if I had the right mind, I would have kicked them out of their house, for the first time in my life. Gamje could not accept the death of his sister on that date. It felt like a dream. I didn’t know about my father’s plan, otherwise I wouldn’t have bought gas, I would have filled it with water. Or I’ll talk to my dad and try to deal with it. I demand my release. ” Made a statement.

The statements are contradictory

The court’s board read Urgen’s first statement to the prosecutor’s office. In his first defense in court, Urgen said, “When my father first proposed, I refused to buy gas, I said let’s go out. When I asked my father what to do with the gas, he said for the car. We had two cars that we had. I have footage of me leaving home. It is learned that the fire started 10 minutes after I left the house.

Plaintiff’s attorney, Zühre Yavaşel, said there was a contradiction in Urgen’s statement to the prosecutor’s office, adding that “in his statement to the prosecutor’s office he said he did not buy gasoline himself, he had friends.” Take it. Not knowing whether the vehicles in front of the door are petrol or diesel is the opposite of the normal flow of life. This defense of the accused is to get rid of the crime, “he said.

Amin Alp Kahaulu, 18, a friend of Yavuz Selim Urgen, said: I did not go and see that there was a fight between Gamje sister and Fatiha. I don’t remember if I went to school on the date of the incident. As far as I can remember, we planned to go out with Yavuz on the day of the event or the day before the event. Yavuz called me. I don’t remember exactly what you said. He picked me up from my house and we went to the gas station. Yavuz told me to buy gas, so I did. He dropped me off at home and I was going to pick him up on my motorbike. He had his belongings, he was going to stay with his mother. As we walked past their house we saw ambulances, Yavuz told me, ‘We should go home or walk, I don’t remember exactly’.

In his first statement to the prosecutor’s office two years ago, Kahiaolu said:
“Yavuz Selim Urgen has become my childhood friend. On January 20, around 8.30 pm, he called me from his mobile phone and said that he was very upset, he would come to me, I would leave the house and he would explain the situation when he went there. I said, ‘OK, let’s meet in the park in front of the house.’ About fifteen minutes after we met, he came to the park in front of our house with his own used white seat brand car. He told me to get in the car without stopping. So I got in the car, asked what happened and he said we would go to the gas station. Because when asked, he said, I don’t know, my father wanted gas. He later said that everything in his house was random, the TV, stove and fridge were broken. We went to the gas station at the Isabelli junction together, and he told me to take the white canister under the right front seat. He gave me 50 Lira and asked me to buy 50 Lira petrol for this Jericho.

Yavuz Selim never got out of the car, he dropped me off in front of the Feslagen restaurant on Isabelli-Dallika Road, about a kilometer from where my house is, and told me, ‘I’m in a hurry, I can. I won’t take you home, I’ll call you, when I call you, bring your motorcycle, don’t go near my house near Dalika Bridge. He said, ‘You can take me,’ and he got in his car and walked away from me. Then I went home and picked up my motorcycle and without waiting for her to call me, I drove to Dallika Bridge, where she said, about five minutes after I arrived, Yavuz Selim came to me alone with a plastic bag and computer bag in his hand. , And told me, ‘Let’s go to my parents urgently’. I told him to stop, wait a minute, let’s sit here and then go. As far as I saw Yavuz Selim crying, he told me, no, we have to go urgently, so I sat him down. I took her to her mother’s house from behind my motorcycle. Leaving the bag and computer bag that his mother had brought to his house, he came right next to me and said, ‘Let’s go’ and when we reached Dalika Bridge, where I first bought it, we saw that the fireman and the ambulance went to the place where Yavuz Selim was sitting. . I saw an ambulance, fire brigade and police car in front of Yavuz Selim’s house. Yavuz got off the motorcycle and ran towards his house, so I parked my motorcycle nearby and went to him. We learned that his father had been taken to hospital. “ 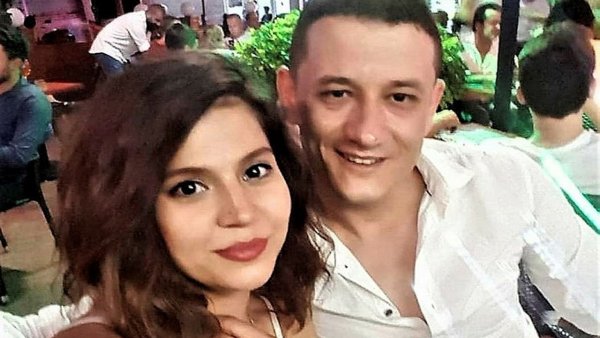 “A father does not make such plans with his son.”

Fatih Alp Urgen, who was on trial under arrest, testified through the Audio and Visual Information System (SEGBİS). “We were using a green prescription drug and drugs at the time of the incident,” said Father Urgen. Gamje and I decided to commit suicide. We asked Yavuz to buy gas together with Gamz. We said, bring gas to the car. I told my son to buy gas for the car. She’s got gas. He bought 50 lira of gas. Came home, left the can. Gamje and I hugged my son, we told him to stay well and we told him we would commit suicide. Yavuz left home. He left his belongings at his mother’s house. Then see the fire incident. That’s how it happened. I had no plans with my son. “A man cannot plan to commit suicide and burn down his house with his son,” she said.

SSÇ Yavuz Selim Urgen added that he does not think the dead Gamze said goodbye to him and said goodbye.

The hearing has been adjourned till May 31.