Orhan Chaffers is one of the oldest bicycle and motorcycle repairmen in Edirne. His sons continue his work, which he started in Bedeston after leaving the military in 1965.

Bicycle repair is a profession they have been doing for four generations. It is unknown at this time what he will do after leaving the post. The history of the republic and the occupations of the “driver team maker” family have overlapped, perhaps it will continue in future generations.

His two sons are still working in the bicycle repair and parts business in Bedeston, and his other son, Matin Shafortakimsi, continues to sell motorcycle parts, although he has left the repair work for many years at his shop on the new industrial site. . We are listening to Metin oförtakimcı;

“Our profession came from my grandfather. I remember my grandfather, I was 6 years old when he died in 1946. My grandfather’s job was teamwork, meaning he made cigarette holders out of cranberry wood. Hassan Kiziltoprak from Vassal Village, my grandfather and father, used to make thousands of sets from carts full of cranberry trees that came illegally at night. I used to help them as a child. 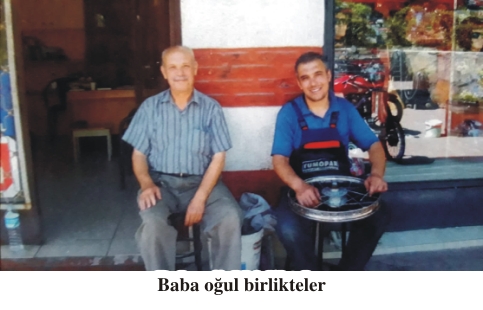 My father, Mostafa Chaufer Tim, both worked as a driver and worked with my grandfather as a team player. He was also a good mechanic.

In 1950, my father owned a bus company. My dad went bankrupt because he had a lot of problems in those years. After going bankrupt, my father returned to his father’s profession as a team player. I’ve been with my dad since I was 10, because we didn’t have a mom.

After my bankruptcy in 1950, when my dad was a tool maker, he started a bicycle repair business. My father was a talented man. The place was opposite Nizamiya. At the moment, there is a statue of a wrestler in the corner of the pool in Ugur Mumku Park. Dr. Mehmet Bahatin is my father’s uncle, they gave him a place near his house and opened a shop. His uncle was then a deputy, then he returned to his home and worked as a doctor. Her older brother’s daughter, Dr. Sadet, assisted, and she also came after graduation, and they worked together in that old building. Dr. Mehmet Bahatin’s father Tatar Osman was also a team player. My grandfather has already grown up with him. They do their work very fondly, they make different models. This profession was very popular then. 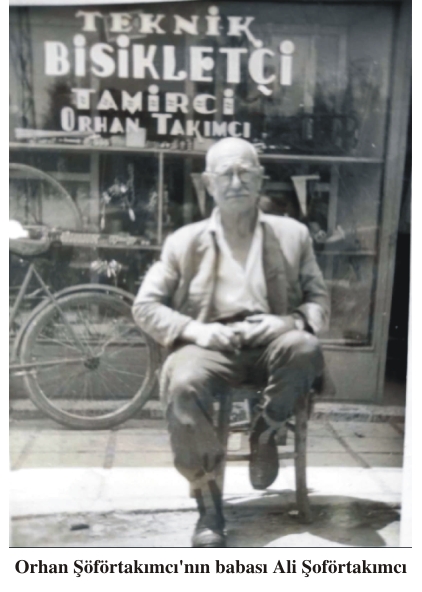 My grandparents, me and my children have continued for 4 generations

I started my grandfather’s time as a kid, then I worked with my dad as a team for a total of 20 years, I mean, I made cigarette holders. I became a traveler at the age of 16 and a master at the age of 18. Both facade business and repair. I came here on April 9, 1965, when I was 25 years old. From the beginning my father did not want me to keep this shop. But I insisted, I told him the places he was in would be demolished, and what I said came true in the end. It’s been 58 years since we opened this store. It was a great place, we worked hard, we didn’t bother our customers, we waited for the lodge, we drank soup. In the early years I opened that shop, I worked repairing bicycles in the summer and smoking cigarettes in the winter. I worked tirelessly until four years ago, we found life, I raised my children. We are 6 siblings and I am the only survivor. This job was done by me and my brother Ilhan Tim. 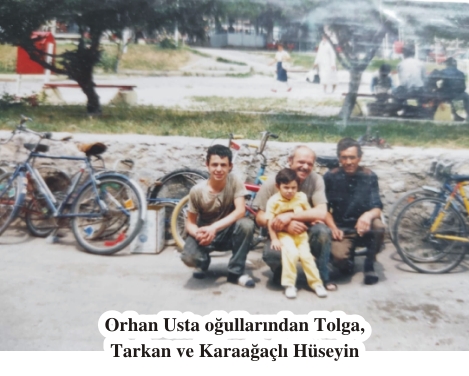 My father was a driver in Atatুrk

The heart is not old, I still have the desire to work, but my body is no longer fit for this. Never afraid to work. The other day I went to see my son Metin, in his shop industry. We chatted with him; He started laughing when he said ‘I miss work the most’. I see there is a motor in front of your shop. Let me disassemble the engine, distribute it, clean it thoroughly, lubricate it and reassemble it. I feel a lot of their absence.

Our engine repair comes from my dad. My father worked with the Germans in the Caucasus. He learned motor mechanic there. My father was born in 1311 (to be 1895) according to the old calendar. My father also learned to drive from the Germans. He was the governor’s driver in Edirne for some time.

My father was also the driver of Atatুrk and Vehbi Pasha in Chanakkale. He was in Kanakkal and then in the War of Independence and worked as a headquarters driver. At that time very few people used cars. Since he was talented, he was repairing and maintaining his car in addition to his driver. 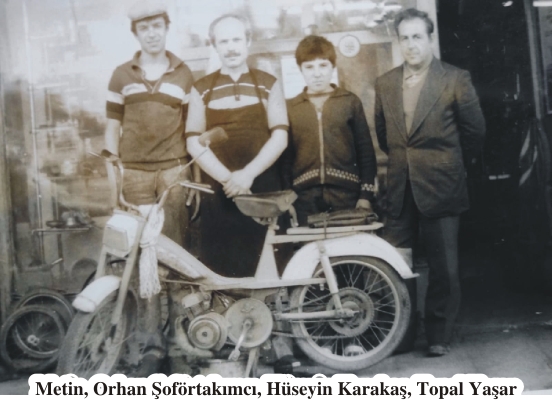 Repair bikes and motorcycles together

Bicycle mechanics has no regrets. But the motorcycle mechanic makes his owner very sad. The old engine would come. The guy has no money, you try to repair the old one so that it doesn’t break, which is a very difficult task, but if you are a good artist you will do it.

When we started the bicycle business in 1950, we were both repairing and renting. We ran the cigarette holder business until 1980. Then came the business of motorcycles as well as bikes. Especially Mobilet brand motorcycles.

81 years have passed in the blink of an eye. I loved my work, I made my bread in this shop. I raised my children, educated them, got jobs, married them. And now I have grandchildren. I feel very happy when I come to this store. “