He came to Tunselli yesterday from Diyarbakir to inquire about the fate of his daughters who had been missing for 871 days. Governor Mehmet Ali Ozkan The Doku family met with the HDP Istanbul deputy after stepping down as governor. Dilsat Kanbaj And TIP Istanbul Deputy The best Kadigil ‘Family members, who were walking with a group, Mr. The Doku family marched with banners in Seyit Rıza Square, Seyit Rıza Square said in a statement. Aigul Doku, aaShe said her parents met with the governor and the governor advised the family that “your daughter Aigul should stop using social media” and said:

Governor Mehmet Ali Ozkan told my father, “Remove your daughter from Twitter so that your daughter no longer writes.” What I am writing on Twitter Gulistan 870 days in the dark. Should Governor Ozkan be offended by my remarks, or should Gulistan be absent or in the dark for 60 days? 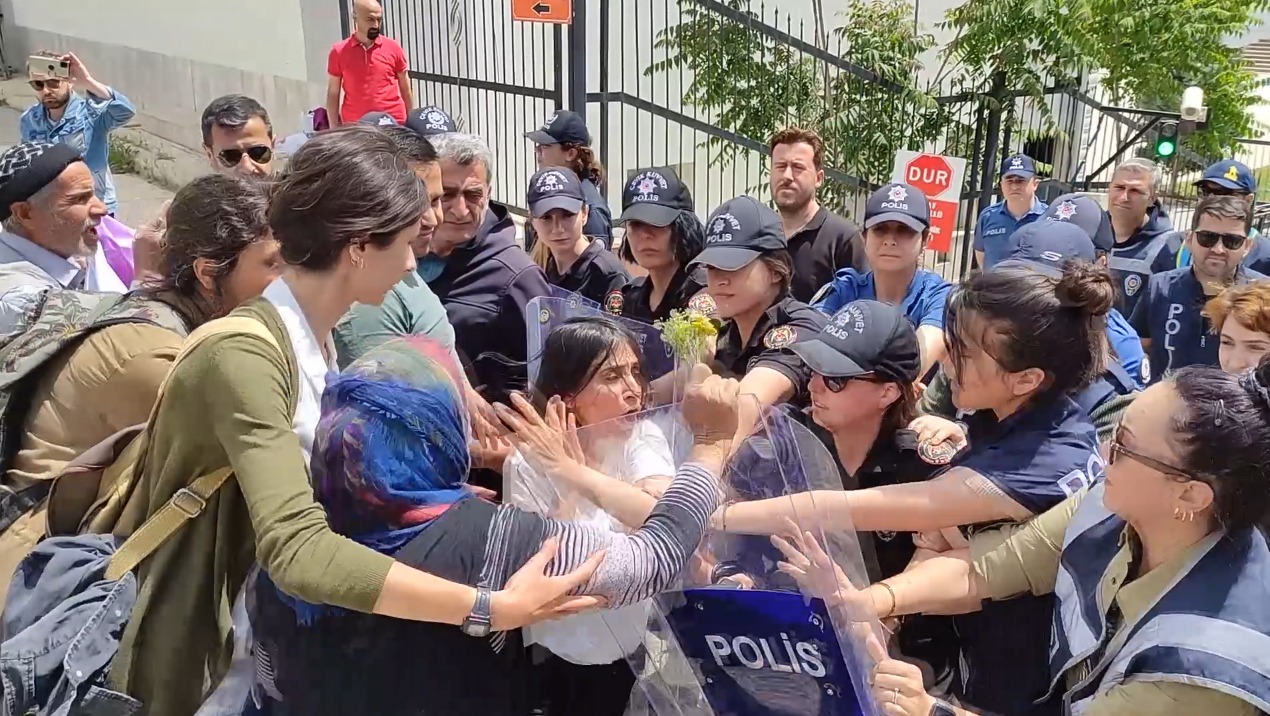 ‘We talked a lot about Gulistan, nobody listened to us’

TIP Istanbul deputy who attended the press release on the 870th day of the disappearance of Gulistan Dokur The best KadigilIn his speech, he said that they have written a lot on social media about Gulistan Doku who has been missing for 870 days and they have talked about it many times in the parliamentary rostrum and said:

“We’ve written a lot about the missing Gulistan tissue for 870 days, on social media, we’ve talked a lot about it in the parliamentary rostrum, we’ve made a lot of statements in Istanbul, but no one has seen or heard of it. This time we want to shout about this condition of Darsim. I have the Doku family with them. Their 21 year old daughter has been missing for 870 days and they don’t even know where her body is. They have no graves to pray to. “ 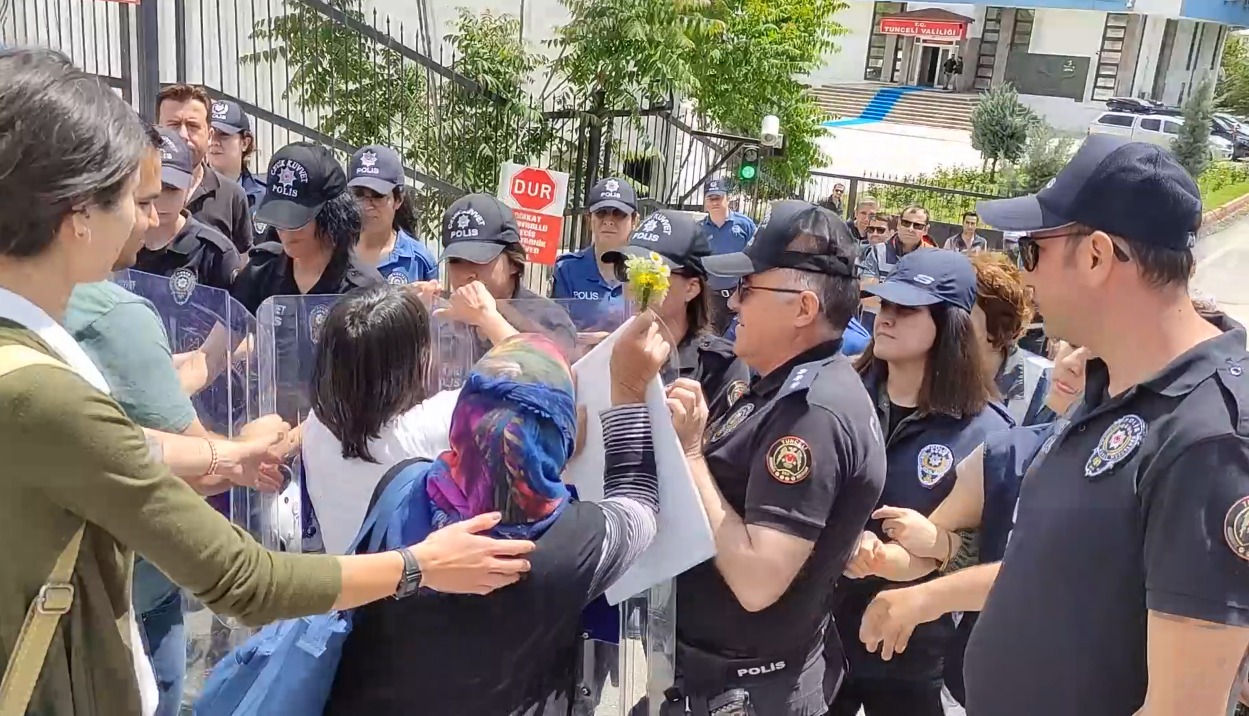 You said we would find Erdogan, Seoul and Bozdag Gulistan?

“Home Minister Suleiman Soylu, you met the family and said, ‘This is a great country, I promise I will find your daughter.’ Where are you, Suleiman Soylu! Why don’t you keep your word, Suleiman Soylu? Abdul Hameed Gul, the former Minister of Justice of this country, Becky Bojdag, the new Minister of Justice, you know this family. You met 2 months ago, you said I would check the file, you said I would find your daughter, where are you, Justice Bojdag, we are asking here. And Recep Tayyip Erdogan, who appointed these ministers from the palace, you know this family, you also talked to these people, you promised that we would find your daughter, do you expect them to forget where you are now, you Waiting a long time? . These people have been demanding justice for their 21 year old daughter for 870 days, should they get justice for themselves?

Police intervened in front of the governor’s office

The Gulistan Doku family, who were marching with deputies flying a banner in Tunselli on Monday, went to the Tunselli governor’s office this morning and took a stand to ask about the fate of their daughters.

Family members are mothers BedriyeDad HaliteAnd sister Ayagul daku aThey came to the Tunsley Governor’s Office with their banners. The family members wanted to go to the garden of the governor’s office and the police barricaded the place.

When the family members insisted on entering, the riot police intervened and did not allow them to enter. During a brief altercation between police and her family members, Sister Aigul Doku fainted after being hit in the neck, while her mother Bedriye Doku fell to the ground during the altercation.

Mother Bedriye Doku showed a bunch of daisies in her hand to the police. “My daughter was like this flower, what happened to her?” Throughout the clashes, he showed flowers to police.

We have given up hope of justice and law

After the clashes in front of the governor’s office, Abla Aigul Doku said they no longer believed in Turkey’s justice and that if there was a European country that would accept them, they would leave Turkey immediately:

“Here, I am my mother and father, we want to know what happened to our daughter, they are setting up barricades in front of us with hundreds of police. However, not a single day they set up such a barricade for the suspect in the file. Here, we are calling on the European countries. As a family, we have met with the President, the Minister of Justice, the Minister of Home Affairs and all the state officials of this country. They all promised us that Turkey would find the great country Gulistan and we would give it to you. In the current process, the painting we have encountered for 871 days is the police barricade. We call the European countries as a wounded family, we have lost our faith in justice and law in this country. If they say that the country accepts us, we will find your daughter, we will identify the killers, if they accept us, let’s get out of here tomorrow morning and go to that country. If there is no place left in our country where we have not applied and the door is closed, then in this country we can not always do anything, we do not feel safe.

Tosunkuk was brought abroad, my daughter is not here

Mother Bedrie Doku, who wanted to shout “Where’s my daughter” in the Governor’s Garden and faced police intervention, made a special statement on Hack TV with Daisy in her hand, saying she was shedding 3 tears for her daughter. Years and said;

“My daughter has been missing for almost 3 years and my crying has not stopped. When I eat bread, I also swallow tears. What happened to my daughter? See who is behind Gulistan’s boyfriend, see Tosunkuk, who deceived people by farming in Turkey, said state abroad, we have long arm, they brought him back, who is this Joynal, who has such hard back, who is behind this Mehmet Agar, reveal my daughter Why not?

‘My daughter was a sapling, she was a flower, they snatched it from my heart’

Mother Bedria Doku, you had a fight with the police with flowers in your hand and you never let go of these flowers; “My daughter had flowers, she had dreams, she was a student, she was like a flower, she was a sapling. They have plucked this flower from the stalk, they have plucked my flower from my heart, there is fire in this heart which never goes out. We said we should go to the governor’s garden again today, but there was a police barricade, this barricade was never for the killer. “ Later, Ann Docu handed the flowers to a female police officer inside the police barricade, and the female police officer walked inside the barricade with the flowers.

The president of the Tunselli Bar Association, who did not allow the Gulistan Doku family to enter the governor’s garden, came to the scene after the clash.I’m Kenan Cetin To the police “What you are doing is an illegal situation. You have to show the necessary goodwill to the family members.” He expressed his reaction to the journalists.

Chetin, chairman of the Bar Association, said in a statement:

“Today, not only in our country, but all over the world, no one has heard the cry of this family. Let’s see if a university student gets lost during the day with cameras all over the city. The Bar Association is not those who come here, those who come here in the name of justice and have a conscience say: ‘Where is Gulistan Tissue?’ Family members have been searching for their daughter for 871 days, almost finding them and demanding their return. The focus needs to be on not only the suspect but also the suspect’s father and elsewhere. If anyone from Gulistan had gone missing after being shot, the incident would have come to light. If it is a team work or an organizational work, it needs to be disclosed immediately. We are following up the incident with the Bar Association and we will file a criminal complaint as the Bar Association whose name is mentioned in the file and if there is any suspect.

Objection to the release of Gülistan Doku’s boyfriend 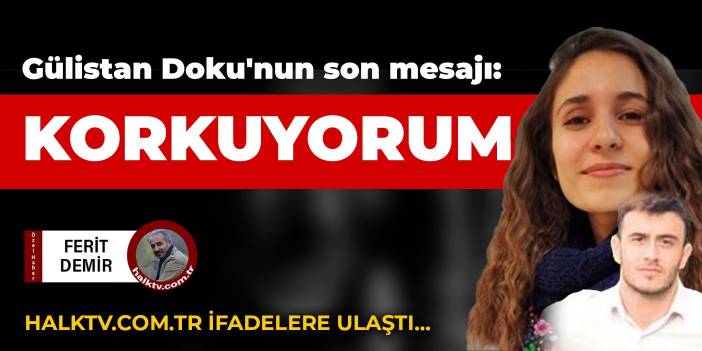 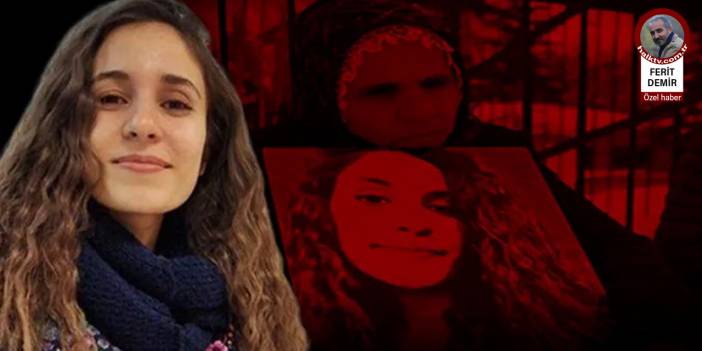 The expression of Gulistan Doku’s lover has come to light