We have worked together for many years in Kapikul with Murat Chelik, son of Muammar Chelik. I knew Muhammad Selik many years ago, thank him. I knew him as a complete businessman, a master, a master who respects his customers and takes care of them and enjoys delicious food. I enjoyed hearing the memories of your bike.

He was born in Edirne as the son of the “Champion Meatballs”. He started cycling training at the age of 14 with double training a day. He drove for years under the supervision of his father. He participated in the Turkish Championship. Until that unfortunate horrible racing accident. Although he left racing after that, Muammar Chelik still roams the streets of Edirne with his two bikes in his warehouse. We hear from him: 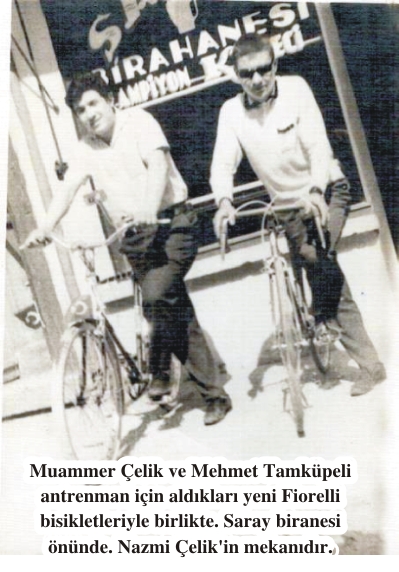 “I was born in Edirne in 1947. I am the eldest of six siblings. My father was champion cyclist Nazmi Selik. My father’s first memory was in a meatball shop in Rustampasa Caravanserai. After graduating from elementary school, I started with my father and he joined the army. I worked in a butcher shop until I left. After I left the military, my father used to run a wheeled butcher shop with my two brothers Ibrahim and Semal. I saw their condition. Below I start a meat shop in a small shop and continue my career, which I learned from my father.My own counter. 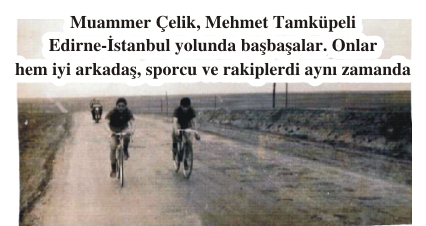 I started cycling when I was 11 years old

I learned to ride a bike at the age of 11 by renting. When I was 12, my dad said he was going to buy me a bike to encourage me to ride a bike. He asked me; ‘Do you want wire brakes or rod brakes?’ I left the choice to her. He bought me a Robusta bike. I spent some part of my childhood with him.

When I started riding bikes at the age of 14, my dad had a lot of enthusiasm. Although I was having trouble applying for a license at the time because of my age, my dad signed me up to get my license from Ankara. Two unused English ‘Besa’ bicycles which were lying in a useless condition have been removed from the warehouse of the Physical Education Department. Tires are changed, repaired, and made to compete. Even after repairs, when he put his foot on the paddle, the paddle was half-spaced. You can’t paddle without that place, it will cripple you. We worked with them for a while, then came the French made ‘Automat’ bikes.

There was half the waste when the paddle was thrown

Bicycles are the property of physical training. But there will be cyclists who will compete in Edirne, but no trainers. My dad is interested in cycling, so my dad was offered this. After my dad agreed, he organized an open race for all Edirne people to form the team. I think about 20 cyclists took part in that race. In our first run, we climbed the hill from the slope of the Sajlidar in front of the Brigade Building in Edirne and back. The goal there was to exclude good performers from others. Those who competed on flat bikes without training were eliminated, most of them did not finish the race. At the end of the race a team is formed from those who finished the race. Among those who finished the race that day, except me; Also present were Erdensenveli, Mehmetsik of Insurance, Butcher Aydin and Ahmet Ortakavus.

EDIRNE had 6 regular races each year

Between 1961 and 1964, there were 5 races up to 25/50/75/100/125 km per year in Edirne. The last race was 175km in Lুলেleburg, where we came back from the Cermsakli Creek Bridge. Those who ran ahead were called ‘race winners’ and those who scored the highest score with the sum of all race results were called ‘Edirn winners’. 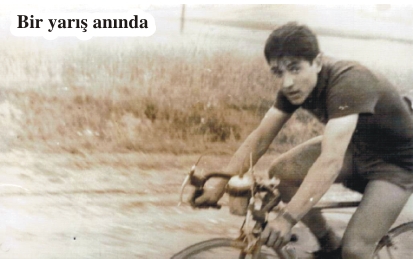 The race was announced to the public through newspapers a day ago. People gathered on both sides of the road in Edirne to watch the race. Even in Havsa and Babayeski, people would gather on both sides of the street to applaud us. Especially at the end of the race, when we entered Edirne, the interest shown to us by the people of Edirne was incredible. For three years, I was the winner at Edirne, albeit with a lower grade, in total points at the end of the season. In those years, I remember in the first race, Mehmetic was a very strong 19-year-old athlete. Seçkin Yeşilli and Ahmet Ortaçavuş were born in 1944 and Mehmet Tamküpeli was born in 1946. They were older athletes than me. 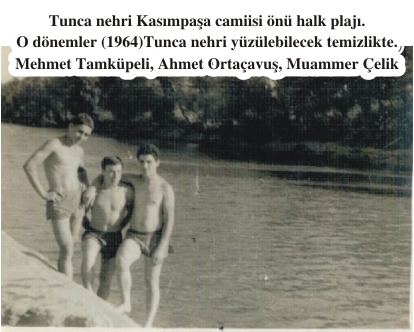 Every morning I would go to Kapikul for training

But my training thinking was different. As soon as I get up every morning, I first want to go to Kapikul at a fast pace counterclockwise. I would take a bath at home, have breakfast and go to work with my father. Around 3pm, my other teammates would come, and we would train together, depending on the day and the weather, Havsa, Nekatiye, Babayeski, and come back. My friends were older than me and there were smokers among them. I didn’t smoke and since I was training twice a day, I was better at bikes at the time.

As a cycling team in Edirne, we participated in the Turkish Cycling Championships for three years in a row. On the Büyükada tour, we made 7 trips around the island. Considering the circumference of the island is 14 kilometers, we ran a distance of 98 kilometers.

We have raced together with Rifat Kaliskan in many races. Rifat Kalliskan was competing for the Konya team. They had a better chance. To give an example, if our tire punctures, we will stop the extra tire hanging over our shoulder in two minutes and keep going on the road. These two minutes are a huge waste of cycling time. In this case, Rıfat Çalışkan will put his flat tire on the ground, lift his friend’s hard bike off the ground and continue on the road with a loss of 10 seconds. And during the race, Konya and her other teammates were always ahead. Rifat Chaliskan will be alive until the end of the race and he will comfortably enter first place by sprinting at the last minute. He had a place in many championships.

We had a big accident

Athletes from all over Turkey were coming to the Turkish Championships. In terms of road and bicycle performance, an accident occurred that day that resulted in serious injuries. 70/80 athletes were together, the tempo was high, there was overlapping from behind. We had an unfortunate accident in the last race. At the end of the accident, my front teeth were broken, and my friend Sekin Yeisil’s leg was broken in three places. After this accident, we did not go to the Turkish Cycling Championships, and my father quit coaching due to the accident and thus our racing adventure ended. I remember that our friend Mehmet Tamakupelli continued on his own terms.

After coming out of the military in 1969, I worked alone until 2004, where I opened myself up. I brought soup, dried rice and rice along with meatballs under the clock tower. I managed to solve life everywhere. I have a son and a daughter. My son Murat Chelik has helped me for many years. I started living alone after my wife died in 2008.