We humans are animals programmed to live in groups, and the last two years have been a great one Extreme We lived. Priority in our minds COVID-19 The fear of a disease that puts us at risk of being infected at any moment has come down to our hearts. We had a very difficult time, especially in the first year. None of us, including doctors, know the full extent of the disease, we don’t know how serious it is and what the consequences will be. There were times when we were even afraid to get vaccinated.

In the early days, televisions walked the streets in China, showing the country where the disease occurred and mass graves were dug. Panic spread around the world. In our home, especially mom and dad Caution on caution We started receiving. Since we could not go out, we were afraid to bring food and drink bags from outside.

Many have started working from home without going to work. The children could not go to school. And the discipline that existed in the world until that day was suddenly reversed. Lovers were separated, business was neglected, relationships deteriorated, and urban legends spread around the world.

Our souls cannot be fed

We are deprived of love, affection, beautiful eyes, compassionate hands touching us, warm words and sincere smiles. We couldn’t get along with our loved ones, We couldn’t establish relationships with each other, we couldn’t share our feelings. Phone calls do not satisfy our soul.

We have lost many of our young and old in this epidemic. Some have died from COVID-19, some of them have not been able to keep up with this variable regulation, so their immune system has deteriorated, their tendency to other diseases has increased, so they have died. Some have lost their jobs, some have broken family ties, some are depressed, some have committed suicide.

Phone in hand, eyes on TV Two years of fear and anxiety We spent. We were just starting to breathe a little and get rid of our fear, which this time. War Output This time we have seen the brutality of war.

From the epidemic The economies of the countries Was also affected. When inflation rises, unemployment rises, feelings of fear, anxiety and worry about the future provoke public anger. People were killed for not filling fig seeds, many of our women were brutally killed, and Negative emotions are an epidemic Has arrived 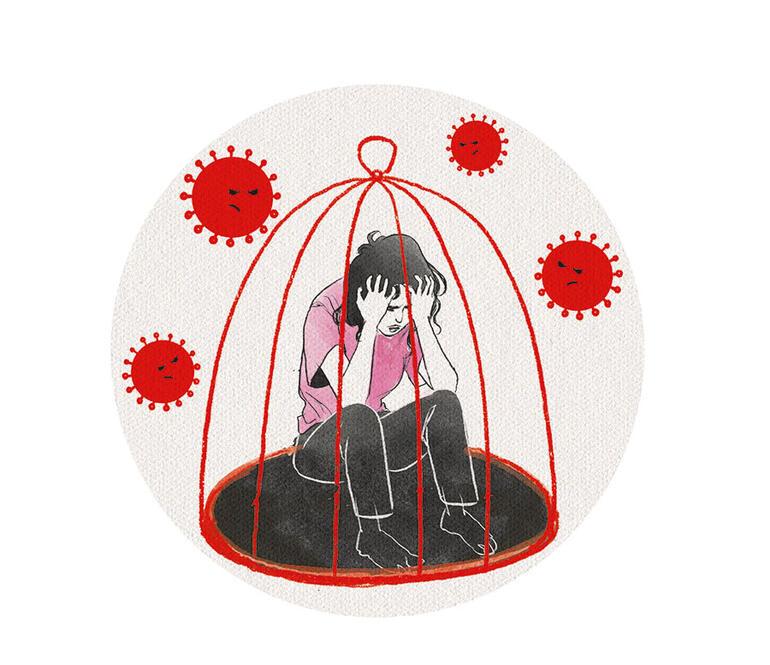 Each of us radiates a unique energy into the environment. While the other side may not be able to express what this power is or how it is, it must feel it somehow. The energy that some people radiate is as attractive as a beautiful scent. Everyone is drawn to that scent like a bee. On the contrary, some people’s power is malicious, It’s scary, people say. “Don’t come to me ” They somehow get your message and stay away.

Most of the time, we don’t know what kind of energy we emit. Others know and feel it better than we do. Our minds smell of that energy, the way our eyes look at the world.

We are looking for a life company

These difficult processes, through which we all survive, also negatively affect the forces that surround us, and they almost separate us from each other. We couldn’t get together as a group, we couldn’t share our feelings. After all, we lived alone most of the time. Loneliness is like a swing of negative emotions. I guess that’s partly why so many pets are taken home in our country and around the world. The need for a mate increased.

Every time I went to a European country, I said this to myself whenever I saw people walking the streets with dogs; Alone, they have taken a soul mate with them. In fact, people understand how good cats, dogs and birds are for humans in this sense. They are proof of how much each of us needs love, no matter what age we are.

You look at her and feed her, and she always looks at you with love. You see loyalty in them, a loyalty you no longer see in people.

There is also a difference between the fear felt alone and the combined fear felt together. Just as good feelings increase when you share, negative feelings decrease when you share. It is as if our customs have been arranged with the opinion of experts on this subject. You know, in the past, in villages, towns, neighborhoods, people used to walk seven days and seven nights, people were laughing, playing and eating. Weddings are usually held after the summer harvest, the streets are lively and there is plenty of room for the poor to get married.

People are not alone in dying of disease, dead houses are overflowing with people and food. The Maulis taught on the anniversary were helpful in remembering the dead together, laughing together and crying together again. In this way, more positive emotions were strengthened and negative ones were avoided.

We are still trying to continue these practices as much as possible and teach our children, because for each of us to be able to connect with people, to feel that we are not alone, to gain our experience is important and valuable. Feelings together, with this excuse. However, the Kovid-19 epidemic did not allow this either. A wedding association could not be formed, we could not say goodbye to our dead together. The world is in a kind of darkness. Decreased morale, strained relationships, fear and anger. After the epidemic in our country as well as all over the world Economic difficulties The onset of guilty feelings about having the affair, in the first place, further zaps whatever energy the partner having the affair might still have left. By the brutality of war We have lost peace, love and tranquility in the society that spreads fear, uncertainty and anxiety.

Negative emotions like fear, anxiety and anger are as contagious as the light of love and peace and it brings peace to us. Nowadays, our people are almost looking for excuses to reflect their anger. Even in traffic jams people are killed for saying that you have given the road or not. Together as a society “Anger Control Disorder” We’re leaving.

Let’s diagnose ourselves as soon as possible and find ways to get rid of these rages. Let’s not respond to anger and aggression with anger again. Instead of being right, let us choose to be more civilized and tolerant people.

I am writing this article to emphasize the importance of raising awareness among our people about this. We all need peace, tranquility, a little smile and tolerance …