In a study conducted in Turkey, the rate of overweight and obese boys was 23.3 percent and 21.6 percent among girls. We can prevent obesity by developing children’s eating habits and healthy food awareness.

Non-communicable diseases are one of the leading causes of death in the world.
The inability to absorb food at an early age unfortunately leads to a series of chronic diseases ranging from obesity to heart disease, which can be prevented through diet, which we call non-communicable diseases, gradually increasing among young people.
In a study conducted by the World Health Organization, it was determined that 40 percent of school-age children were overweight and 15 percent were obese.
The report of the Childhood Obesity Commission made extensive recommendations to reduce the intake of high levels of saturated fat, sugar and salty foods and sugary drinks in children and adolescents, and to limit excess weight gain accordingly.
The main recommendation is to reduce the exposure of children and adolescents to all kinds of marketing for this type of food, including digital media.
Obesity and obesity-related diseases, especially diabetes, have become the most important public health problem of our age. According to a recent study in our country, more than 30 percent of adults and 20 percent of children are overweight and obese. Since more than half of obese children are obese in adulthood, it is important to address this issue at an early stage.
In addition to biological factors, environmental factors, mainly increasing consumption of high-calorie and processed foods and physical inactivity, are responsible for increasing childhood obesity.

Risk of food addiction
High fat foods such as fast food, chips, cola, chocolate, biscuits and cakes cause obesity. Eating fresh fruits, vegetables, lemons, eggs, meat, poultry and fish should be encouraged.
High sugar and fatty foods stimulate hedonic signals, making these foods desirable again. Fatty foods on the one hand turn into fat as fast, on the other hand increase insulin secretion. High insulin levels inhibit the satiety signal in the brain.
This is called “brain hunger”. In this case, when the children are full, they feel bad and tired when they are hungry.
When babies are exposed to sugary foods, their hedonic pathways are activated and they are drawn to these foods.
Obese children lose the ability to control themselves when they see food brand logos and they can’t help but move towards fast-food type foods. Behind all this is the food industry strategy that influences children’s food preferences and tastes through their huge advertising budget to build them as lifelong consumers.

The main goal of treatment
Since the period of childhood and adolescence is a time where growth and development continue, a separate treatment program should be applied. The main objective is to balance energy intake and expenditure.
Therefore, energy-restricted diet plans for nutritional treatment of obese children and adolescents are not recommended. This is because dietary restrictions applicable to weight loss in children can lead to poor eating habits, reduced muscle mass and slowed growth. 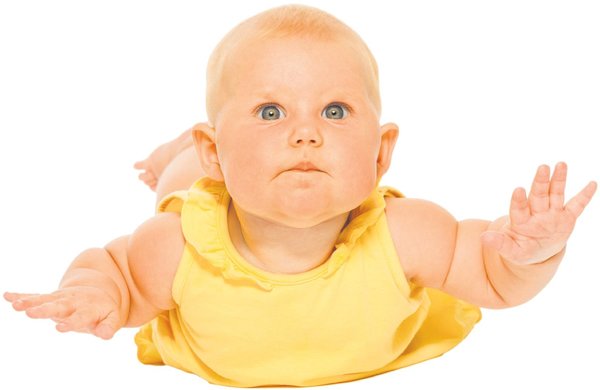 Breast milk should never be stopped.

Breastfeeding should be done alone for the first six months and breast milk supplementation should be continued till the age of two years.

Appropriate supplemental feeding should be started little by little from the sixth month and the supplementary food given should be suitable for the baby month.

The first supplement should not be sweet, it should not be forgotten that sugar, honey, jam, biscuits and pudding will increase the amount of energy.

He should be fed with a spoon instead of a bottle.

Not all baby cries are cries of hunger.

Growth and development should be monitored at regular intervals.

Food should not be omitted, the number of meals should be increased.

Care should be taken to include foods in four food groups in each diet.

It should be ensured that the child sits at the table during the meal and eats without dealing with other things.

Rapid weight gain should be prevented by increasing physical activity and monitoring growth and development at regular intervals.

The amount of food a baby eats should not be compared with other babies.

High sugar and fatty foods should not be given because the child wants it or as a reward.

Low energy diets should not be followed.

Food should not be omitted, the number of meals should be increased.

Care should be taken to include foods in four food groups in each diet.

Physical activity should be increased, growth and development should be monitored.

Food should not be given as a reward.

TV should not be kept in the house.

Most of the food should be eaten at home with the family.

Children need to reduce portions to prevent obesity, eat breakfast, do one hour of physical activity a day and screen time should be less than two hours. Kids should be encouraged to eat slowly and go to bed early and avoid sugary drinks and junk food.

Application for food marketing in Turkey
RTÜK prohibits the display of foods and beverages that are not recommended for excessive use in children’s programs. In the case of broadcasts on other programs, there should be a statement that encourages balanced and regular nutrition in a readable way under the screen. The Ministry of Health has banned the advertisement of chocolate, cakes, biscuits, fruit juices and energy drinks. Products such as breakfast cereals, saltin crackers, cola, lemonade, fruit yogurt may be advertised if certain criteria are met. There are laws to prevent the use of cartoon characters in high-calorie and harmful beverages and food cans.