When it comes to Istanbul, the Bosphorus, the Seagull, the Palace, the Hagia Sophia, the Sulemanian, the culture, the tradition, the Byzantine, the Ottoman, the historical peninsula come to mind; For some, chaos, skyscrapers, traffic, unplanned construction, crowds, noise pollution and more.

It is impossible to evaluate Istanbul as a one-dimensional city. What makes it interesting is this magical mix!

Sometimes, who knows how many times you look in the same place, it shows a new detail. Beyond those who seek to discover it, thousands of years of colorful, passionate and bitter sweet marks rising above a bridge; A city that greets every step from Rome to the Republic, from Byzantine to Ottoman. I guess that’s why my passion for discovering and explaining it never ends.
‘100 Jewels of Istanbul’, which took place on the shelves this week, is my 28th book; I have 17 books about Istanbul… but I realize that every time I get excited I feel like my first book Istanbul is coming out. As one germinates, the seeds of another book fall into my heart and I know that hundreds, even thousands of gems will come out of this city.

We wanted to pay tribute to those who left us this unique city by publishing the book between May 19 and May 29. This article was published May 29 on the anniversary of the victory and became the rivets of this salute.

Istanbul has 100 gems, which were gifted with victory and survived the occupation with the war of independence, on our page. You will see Istanbul from 100 different places, from museums to mosques, parks to palaces. Emperor, architect, legitimate sultan, dice and countless other names will be with you as you scroll through the pages.

This week I wanted to share a few flavor routes from my book; So that we can both meet on the pages as soon as possible and inspire you to discover the city in these beautiful days. 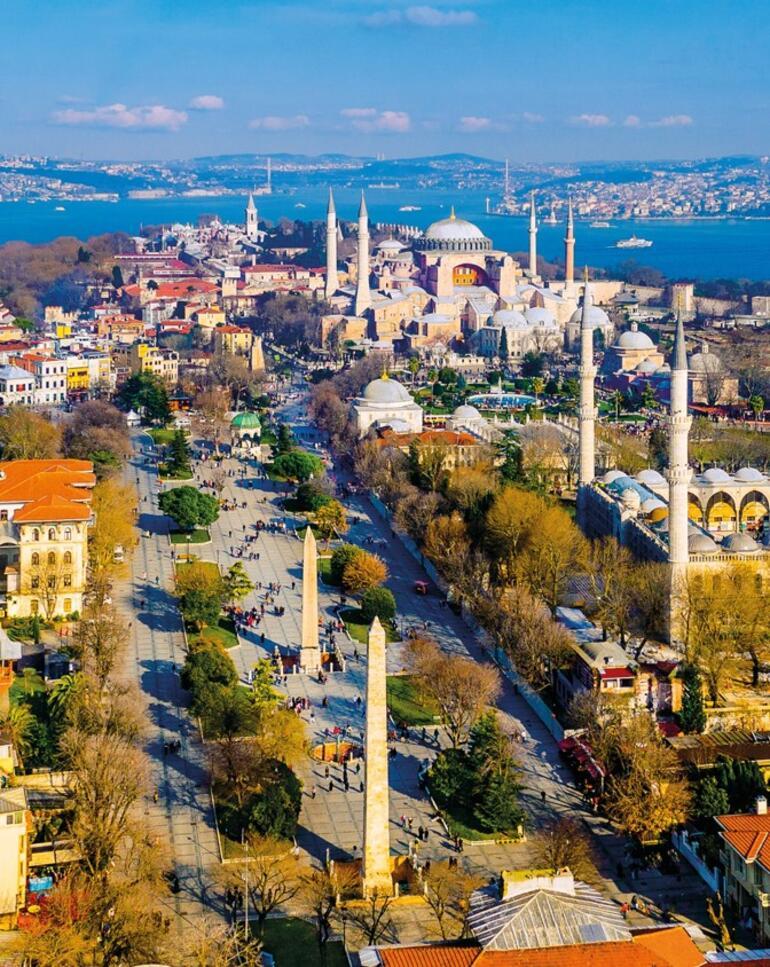 You can see the Istanbul reflection of the tradition of placing the obelisk in the hippodrome in Sultanahmet Square, i.e. as a sign of strength in the hippodrome of the past. As you walk through the courtyard, you will see three different columns. In the middle and the most magnificent Theodosius column. It was built in 1450 BC for Pharaoh Thutmose III and was housed in the Karnak Temple in Egypt. The date of his arrival in Istanbul is 390. The other column is known as Serpent or Burmese column. The pillar, where the heads of three bound snakes form the three legs of a golden vase, was erected to commemorate the battle in which the Greek city-states united and defeated the Persians in 479 BC. It was placed in front of the Apollo Temple in Delphi. Emperor Constantine brought the column to Istanbul in the 330s. There is also a knitted obelisk. It has a slightly thicker craftsman. It is located at the southern end of the hypodrome, little is known about it. It is thought to have been founded by Constantine or Theodosius I. 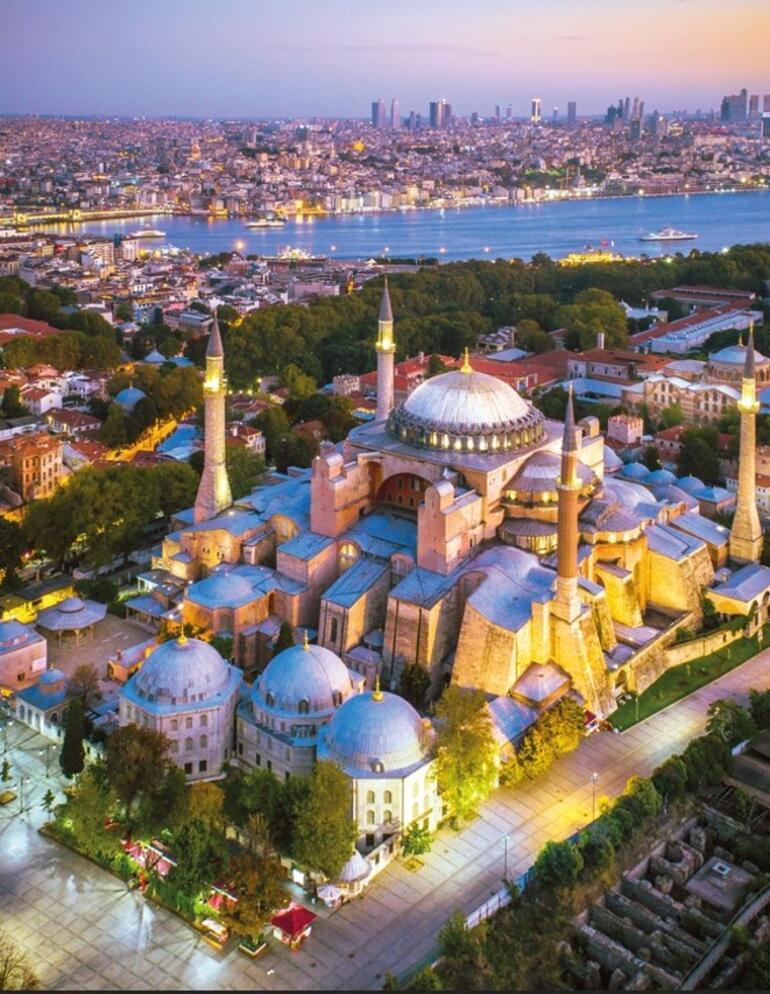 After many temples were demolished and rebuilt in the same place, the foundation of today’s structure was laid in 532; It was completed on December 26, 537. Hagia Sophia was in ruins when Fatih Sultan Mehmet conquered Istanbul. He immediately ordered that it be converted into a mosque, but did not change its name. Thus, Hagia Sophia became Hagia Sophia. It was converted into a museum in 1935 by order of Atatুrk. Part of the building, the door of which is outside the Sultan’s meeting place, has been a mosque since 1991. It was reopened in 2020 as a mosque. When its majestic dome almost collapsed in 558, the young Isidoros and Anthemios, nephews of Miletus Isidoros, recalculated everything and built today’s dome, which is 56 meters above the ground. The Hagia Sophia dome, which collapsed and was repaired during the Byzantine period in 989 and 1346, never collapsed after the addition of the walls containing the architect Sinan, and survives to this day, largely with modifications made by young Isidoros. 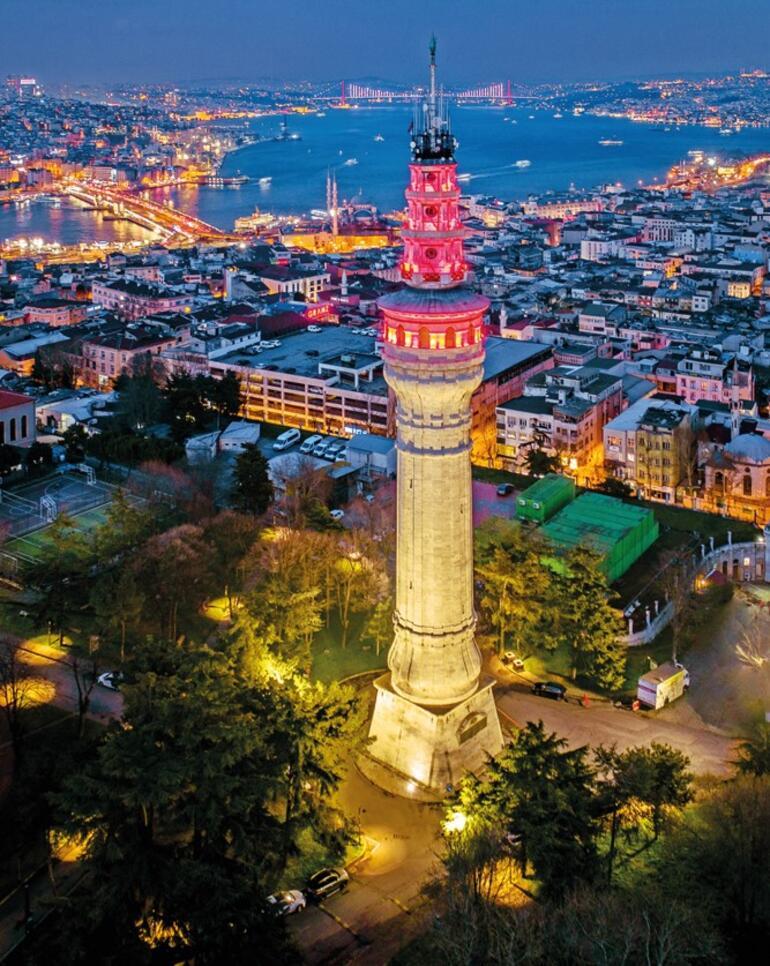 The unveiled fire tower in the garden of Istanbul University gently glides between them, beautifying the city’s silhouette with its elegant architecture. The most important problem in old Istanbul was fire. Fire towers have been set up at various places in the city for the solution. The tower, which was demolished and rebuilt many times, took its present form in 1828 during the reign of Mahmud II. 118 meters high. Its architect is Cenecarim Balian. 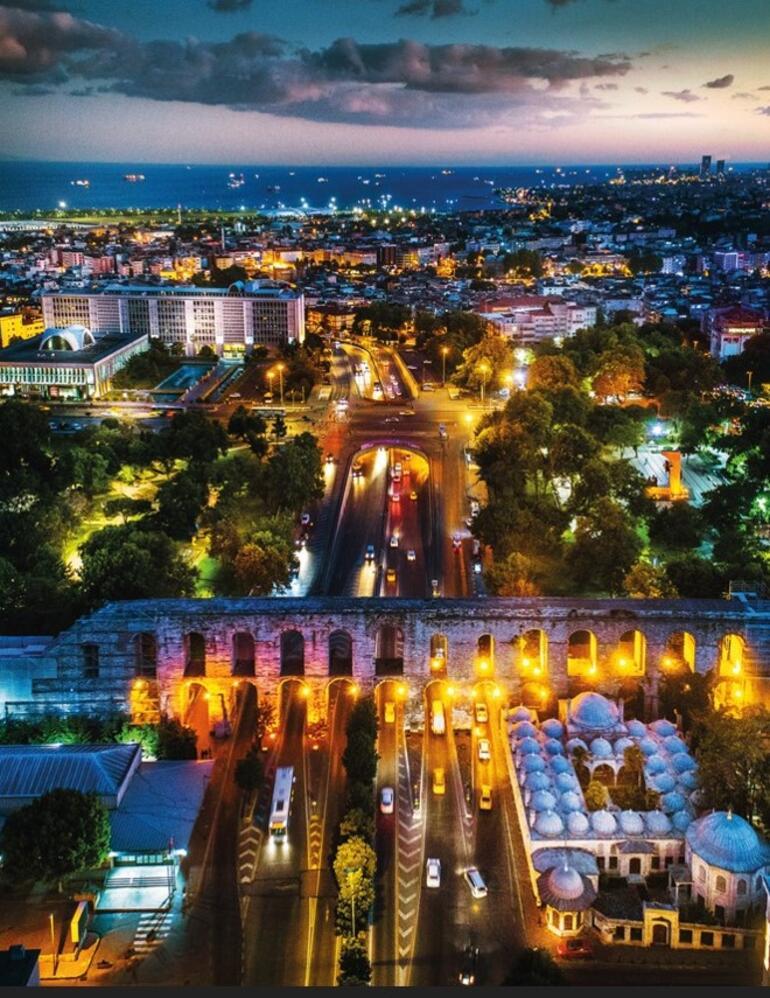 The most beautiful waterways: Valence Accudact

Istanbul has always been a city known for its water and shape, but the problem of drinking water has always been solved. Wonderful reservoirs of engineering and architecture, as well as excellent cisterns with fountains, fountains, fountains and baths, reservoirs make it possible to find water all over Istanbul. The Bozdogan, or Valens Aqueduct, formerly known as a drug, is also the city’s oldest reservoir. It was built in 375. 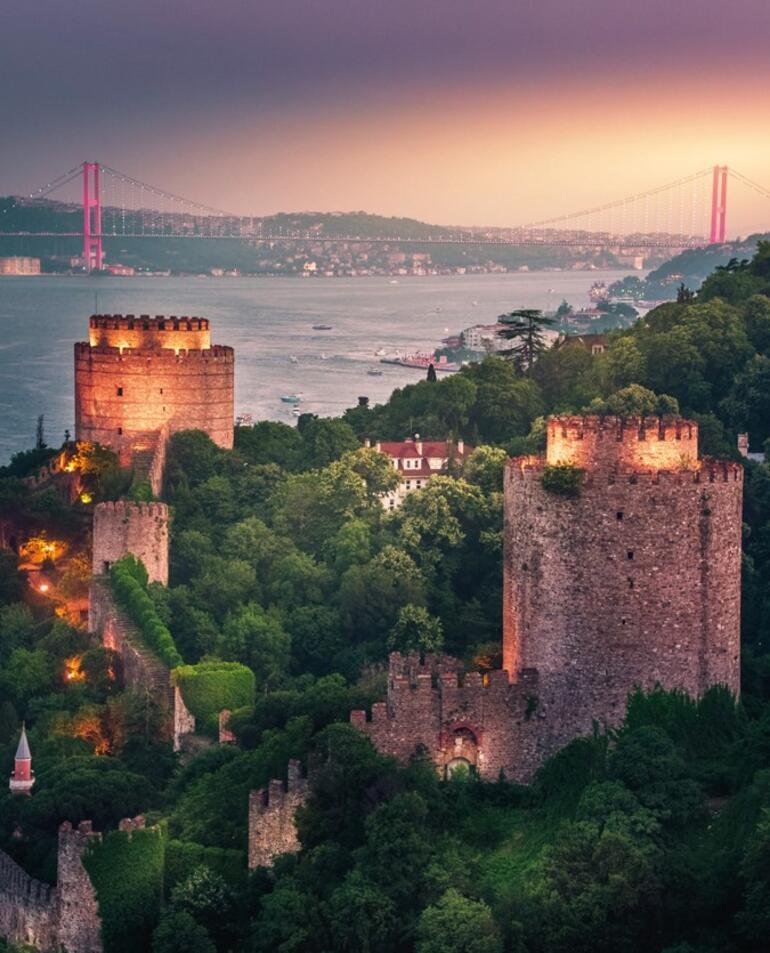 For Mehmet the Conqueror, taking Istanbul was the purpose of his life. One of the most important steps that led him to his sacred purpose was to build the castle in the narrowest and most flowing part of the Bosphorus on the European side, because with the construction of the castle, the city was helped from the Black Sea. Was cut off. Fatih chose the opposite of the fort, built by his grandfather Yদldিরrm Bayezid, another sultan who was in love with the conquest of Istanbul towards the Anatolians. You’ll see Rumeli Castle in the spring, when the stone walls spread purple, or when it glows at night in Istanbul’s landscape. 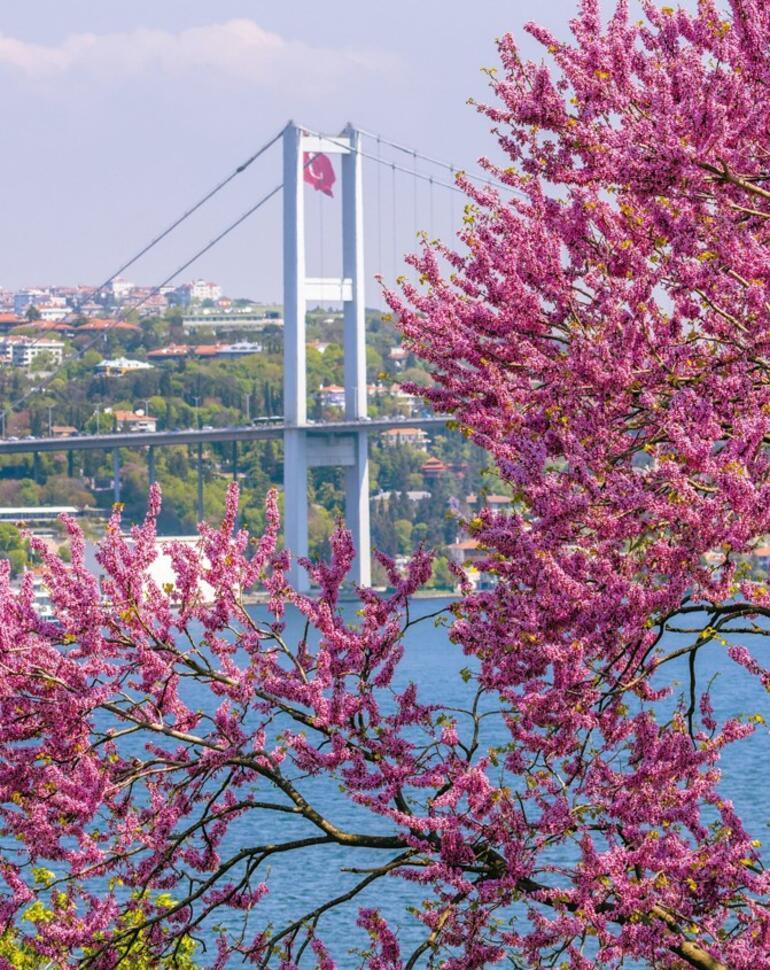 Throat rate in the world: Throat

The Byzantines once called this great waterway the “necklace of the world.” Emperor Constantine invaded the Bosphorus and chose Istanbul as the new capital of the Roman Empire. In addition to its beauty, the Bosphorus has been considered a treasure for many centuries, largely because of its strategic location. The coast of the Bosphorus, which stretches for about 30 km from Saraibarnu to Anadolukabhagi on the exit of the Black Sea, is more beautiful than any other palace built during the Tulip era. The Bosphorus has 366 first, second and third degree waterfront mansions. When we add a palace that is not historic, the number increases to 600. 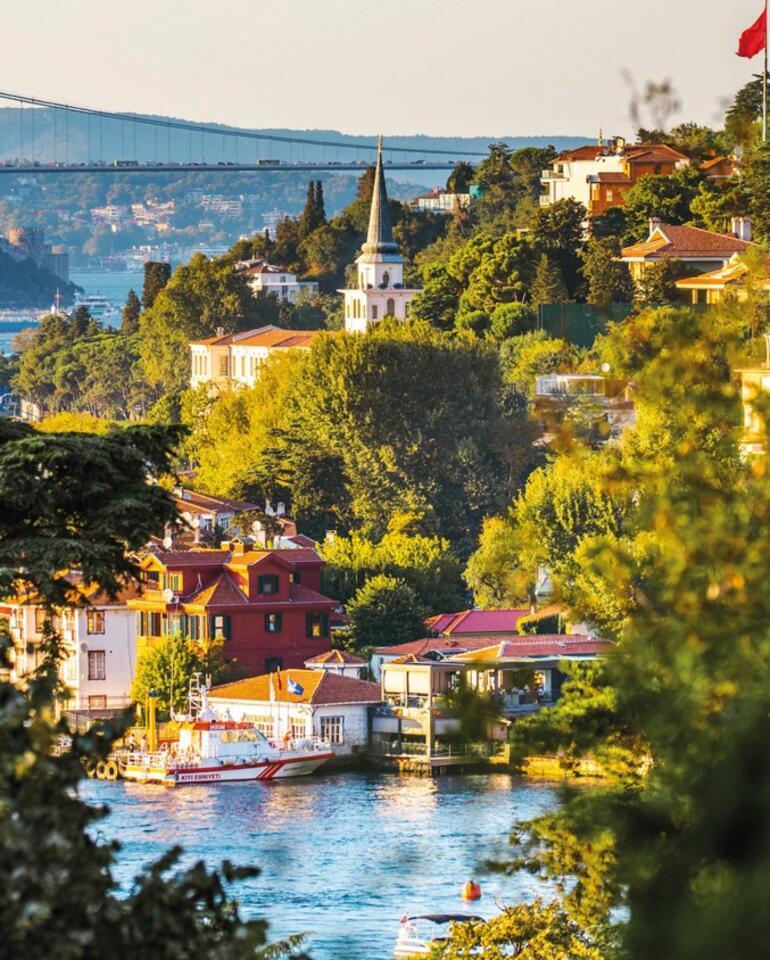 One of the oldest districts: Çengelköy

An essential stop is to drink tea under the famous Plane Tree, have a coffee break on the side street, greet the palaces and hang out with the shopkeepers who keep the surrounding land alive. Ivlia Chelebi writes that after the conquest of Istanbul, it took this name because there were many hooks and hooks in the district. Another account states that it was named after Capt. Niederia Chengeloglu Tahir Pasha, who built a mosque by the sea. 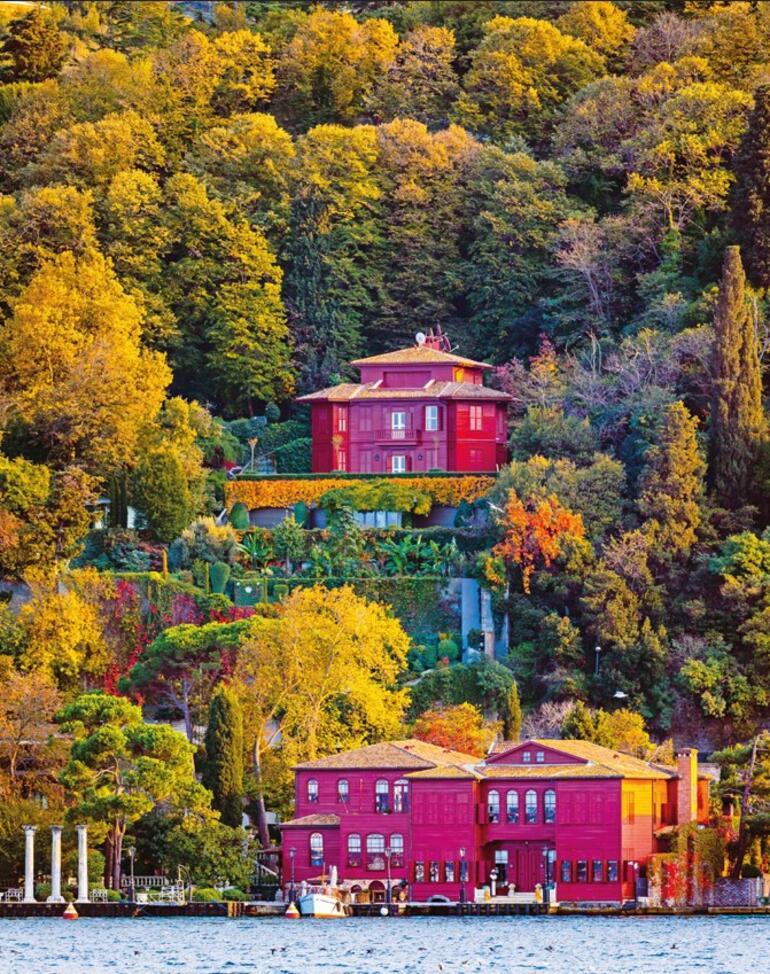 Candili means an elegant invitation to the aesthetic and romantic world of the mansion … Count Astrog Mansion is the most impressive of the Bosphorus mansions. A little further on is the Abu Affandi Mansion, one of the favorite places in the television series. The longest of the Bosphorus buildings is the Cyprus Mansion with 21 rooms, built in the 18th century for the Grand Vigier Mehmet Izzat Pasha. The palace built for Adil Sultan, daughter of Mahmud II, the 30th Sultan of the Ottoman Empire, is also in Kandili. 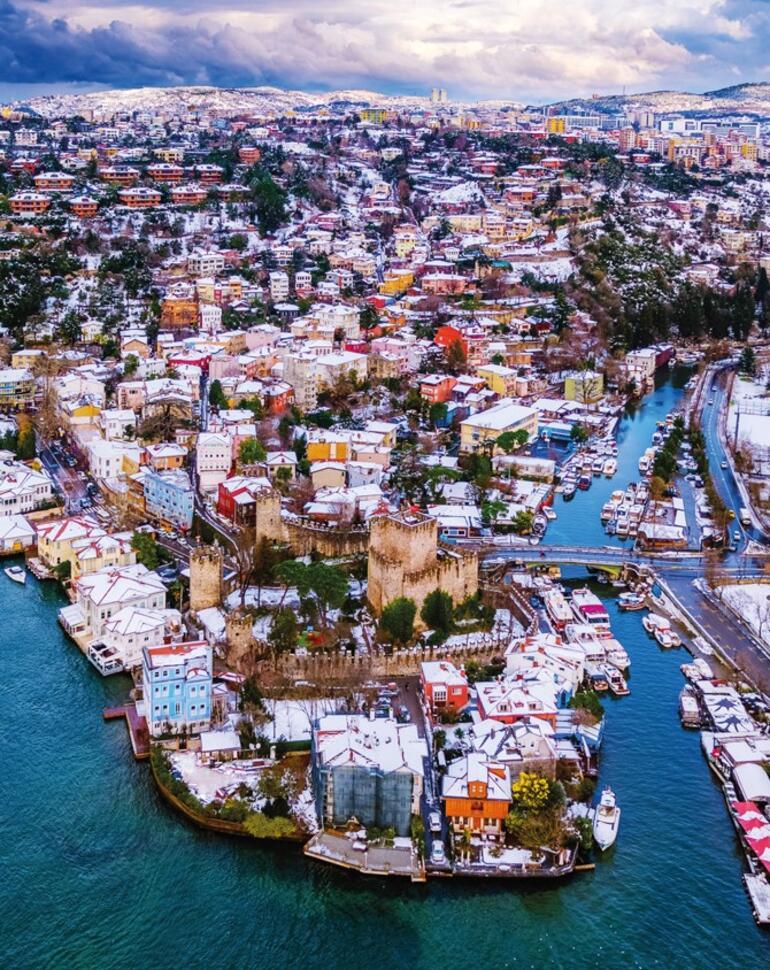 The dream of conquering Istanbul of the Ottoman Empire and the dream of becoming a ‘Heralded Commander’ did not start with Fatih Sultan Mehmet. Yildirim Bayazid was the first Ottoman sultan to try to make this dream a reality. Victory was not possible, but the fort, where the Goksu Stream emptied into the Bosphorus and where the ancient Jupiter Temple was located in the past, survived the siege. Anadolu Hisari has three watch towers and walls around them. The outer walls were joined by Fatih, who made his grandfather’s dream come true. 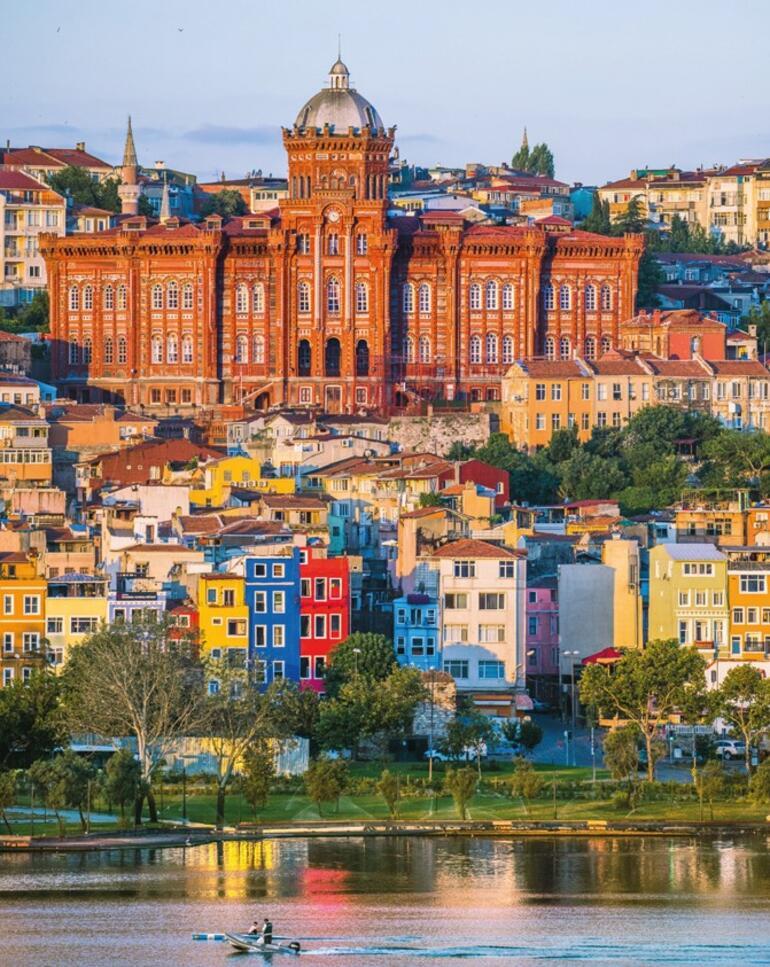 This huge red brick building, built by architect Pericles Demedes in 1881, using materials imported from France, is sometimes called the ‘Red Fortress’. Those who make this definition are not unfair, because it is more like a school than a palace or a castle. Especially if you are on a boat trip to the Golden Horn, it is impossible not to see the building and not be impressed by its splendor.