A different profile of a president who chats with ball pickers before a match, goes to the stands and tries to inspire fans, who breaks up fights when appropriate, who comforts first-team players, who stands by his side, the winner or Haruk, and congratulates the opponent. Knows; Murat Ozkaya …

Murat Ozkaya, president of IUPPSOR, is one of the names that adds value to Turkish football, the profile he draws off the field.

Although past tensions between the two teams led to play-off series, the match played at Eyüp and Bandirma had beautiful images reflected on the broadcaster’s camera after the match, despite having a tribune event.

President Ozkaya, who consoled Kokelispo players who were deported from the field last week, said in a match where Suat Arsalanboga had garnered criticism; Despite much discussion about the penalty decision and the goal-scoring goal, he took to the field to congratulate the Bandirmaspo players who were eliminated in the play-off semifinals. Ozkaya consoled his teammates and congratulated each other on their success in the final.

Tunç Kayacı: “I was optimistic about Turkish football. It’s a special image for a president who has invested so much to congratulate the opposition.” # SuperLigroad pic.twitter.com/SV1rRZsZ7S

It changes the look of EYUPSPOR

Murat Ozkaya, who started playing football at the Besiktas infrastructure and later played for a basketball team in Galatasaray, changed the face of the club where he was born and raised, presiding over Ipspoor.

President Ozkaya, as soon as he took office, first closed the club’s 13 million TL loan and removed all assignments.

Eyüpspor first managed to stay in the league, under the management of Ozkaya, who started working on the relegation line in the 2nd league in the 2019-20 season.

Private university dormitories have been rented out in the epidemic

Ozkaya, who took special measures to prevent the risk of contamination during the epidemic, rented a university dormitory to accommodate football players in existing facilities to reduce the risk.

In the facility they lived together in the same room, even in some rooms there were 7-8 players together. To prevent this, we rented a private university dormitory that was empty due to the epidemic and our football players lived in sterile single rooms. So much so that we have tried to prevent the virus from infecting our team by allowing our football players to play in the same position in a room away from each other.

The purple-wrapped team won a historic championship the following season by building a strong squad by league standards. Eyüpspor broke Altınordu FK’s record of 81 points at the end of 34 matches in the 2013-2014 season, beating 1922 Koniaspor 1-0 in the 34th week match, raising his score to 82, the highest ever. 2nd league. 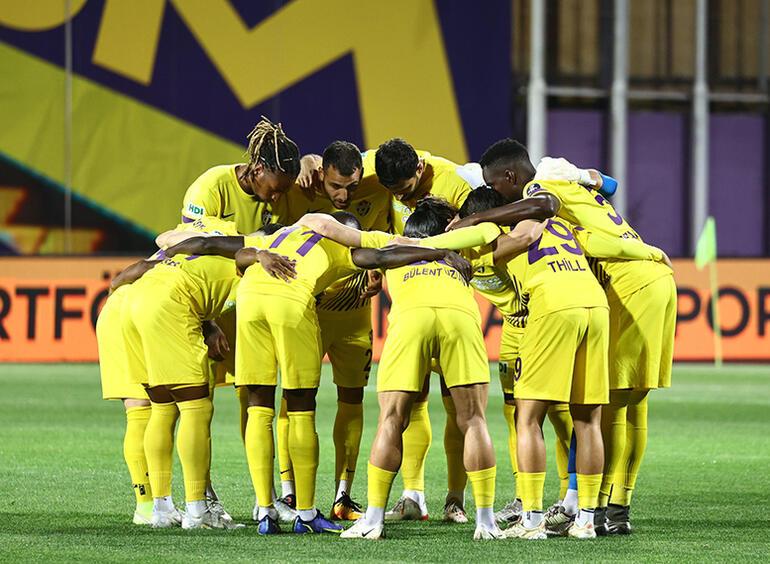 Eyüpspor, who were promoted to the TFF 1st League last year as champions, continue on the road with coach Jaffer Turan, who helped the club advance to the next league. When Eyüpspor, which had a very good start to the league and was shown as one of the championship candidates in the first season, entered a period of confusion, Jaffer Turan quit his job and continued on the road with Hamza Hamzaolu. Here at the end of the tissue inconsistency, Ibrahim Uzulmez took office and put the team on the play-off rim. Istanbul’s purple-clad team failed to hold on to a 1-0 lead in the first match against Bandirmaspor and finished the league with a 3-0 score. 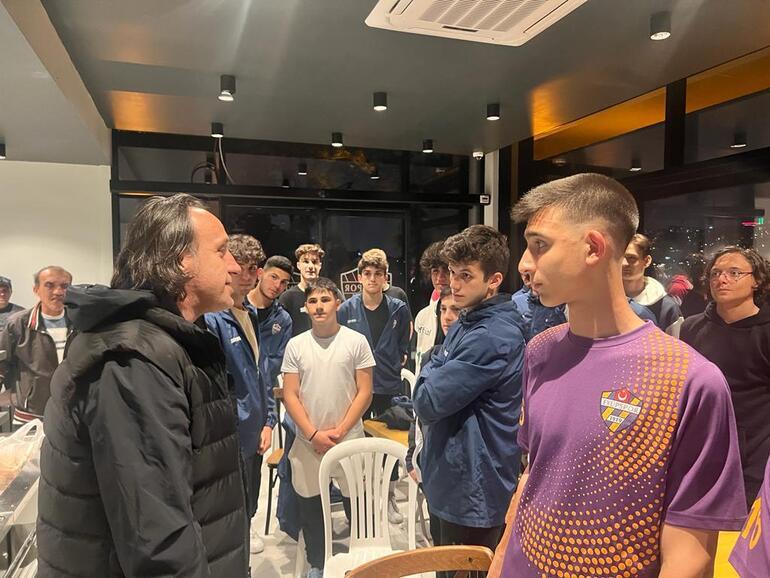 A team has given its advantage for infrastructure

Ozkaya, who renewed the facilities where the A team worked on the infrastructure for years and brought them into Turkish football, also pioneered the modern facilities built in Kemberburg for the A team.

President zkaya ‘Why Eyüpspor?’ He answers the following questions:

I have been from Eyüp for 50 years. When I was elected president in 2019, the club’s debt was much higher. It was even harder to pay the salaries of the employees, but with the work we did and the sponsors we got, we became one of the clubs with the best economic conditions so far. My goal is to build Eyüpspor as one of the most popular neighborhood teams not only in Turkey but also in Europe, with sustainable economic structure, facilities and exemplary stadiums. For this our work continues uninterrupted. Work continues on our project to build the existing historic Eyüp Stadium into a vibrant boutique stadium, an example of which is widely seen in Europe. My biggest dream is a nearby stadium with a capacity of 10-15 thousand people, where people from Eyüp district can spend their days, go to concerts, enjoy movies, shopping and entertainment. Unfortunately, after being promoted to the Super League, we were very upset that Karagumruk did not have a stadium and we played home games in different stadiums and even in the city. We’ve already rolled up our sleeves to avoid it. When we get to the Super League, we will be a role model club with stadiums, facilities, management and of course its fans.

The stat project is next

A draft of the stadium project was also prepared at Eyüpspor, which places great importance on establishment and institutional structure.

Eyüpspor Deputy Chairman Fatih Kulakis has announced that they are building a very modern and functional facility in Kemberburg and they will announce their stadium projects soon.

President Murat Ozkaya used the following statements about the establishment in an interview with the Hurriyat Spoor Arena after the 2019-20 Championship:

We have short, medium and long term plans, we aim for short term championship. In the medium term, our first goal is to support infrastructure, and our second is to build stadiums. Our infrastructure is very weak. When we look at the infrastructure in Turkey, there are a lot of football players, but they have not reached the level of this team. It hurts me a lot, and that’s why we’re going to give the infrastructure a lot of support and strength. In 5 years, you will see at least 10 football players from the Eyüpspor infrastructure in any age group of Turkish international teams. In addition, our stadium project is very important to us because many members of the press, from our esteemed President Recep Tayyip Erdogan, play ball at our stadium. Our stadium deserves a new conversion, we need to build a beautiful stadium here so that it can be open 24 hours a day, 7 days a week. Those in Turkey who thought about the stadium, where there is 24/7 life, but none of them did. To be able to realize our dream, we first turned our field into a hybrid turf for the stadium. Our stadium project will start in 2022 or 2023 and I hope we can dig first.

IPSpore President Murat Ozkaya and Vice President Fatih Kulakis have announced the story of the championship, medium and long term goals, club structure and extraordinary dreams in the sports arena. We remember that interview;