Scientists say that children may be at higher risk for monkeypox, while pets are less at risk of contracting the virus.

The monkeypox virus has particularly affected the continent of Europe. The number of people infected with the virus, which has been seen in more than 20 countries, has exceeded 250.

While the public was concerned about the virus, a statement from UK scientists came to clear their minds of question marks.

The UK Health Safety Agency reports that the risk to the general public is low, “We tell people to be careful about new rashes or sores that can appear as spots, ulcers or blisters anywhere on their body.” Made a statement.

What are the most common symptoms?

“Initially, monkeypox causes flu-like illnesses: fever, headache, muscle aches, back pain, swollen lymph nodes and fatigue. Within one to five days, a rash appears, usually spreading first to the face and then to other parts of the body, including the genitals. The rash is like chickenpox. It starts as a raised point that turns into a small, fluid-filled blister. These bubbles turn into crusts which eventually fall off. The illness can last up to four weeks, but in most cases it resolves on its own without any treatment. ”

What if a person is tested positive for monkeypox?

“If a person is suspected to have monkeypox, a PCR test will be performed, as there is no specific treatment using skin and throat swabs used for Covid-19, and the UK’s National Health System (NHS) is currently treating mild to moderate symptoms. Patients may be advised to stay home until they recover.

The UK Health Security Agency is contacting teams with high-risk identification of confirmed cases and advising them to stay in isolation for up to 21 days. However, patients may also be vaccinated against smallpox. ” 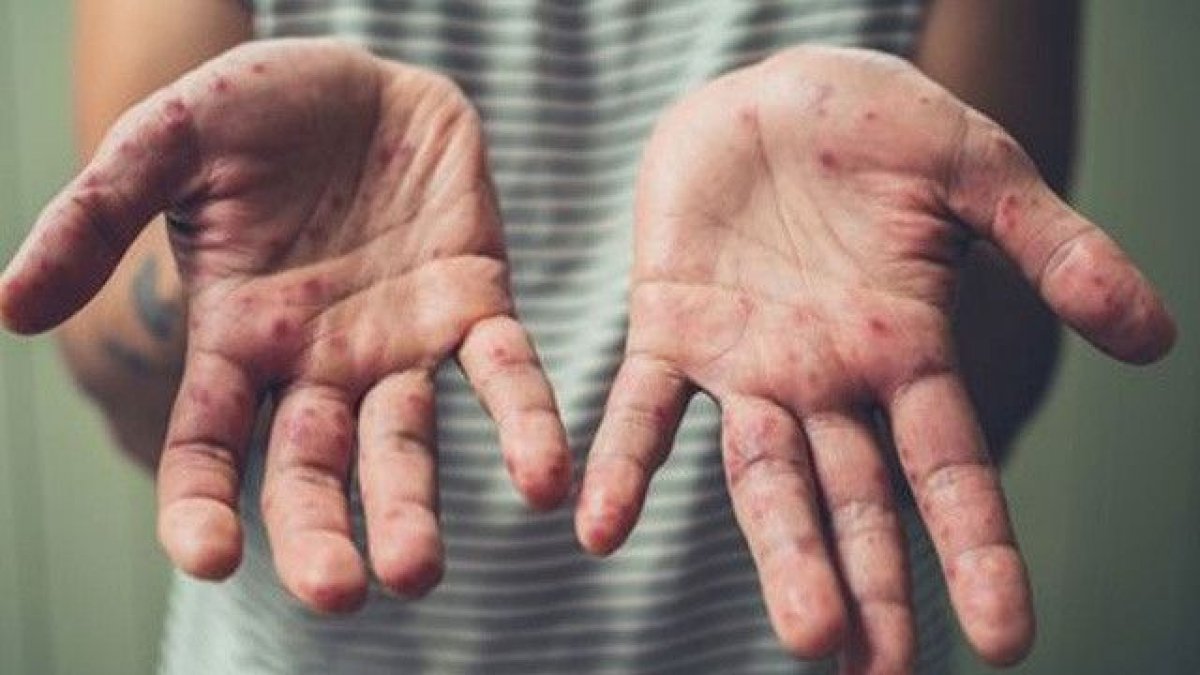 “Scientific consensus is that there will be no new coronavirus”

“Like the virus that causes Covid-19, monkeypox has spread from animals to humans, but this is the only point of similarity. The general scientific consensus at the moment is that there will be no new coronavirus, it will not grow in the same way.

Why do we see the origin of the virus from somewhere in different countries?

“No one knows for sure yet, but there are theories. In fact, the monkeypox threat has been growing for years. There was an outbreak in the United States in 2003, with a total of 72 confirmed or suspected cases recorded in the states of Wisconsin, Illinois and Indiana.” The infection was imported from a consignment of exotic animals, including prairie dogs and six African rat species.

Nigeria was affected by the outbreak in 2017, with 558 suspected cases, of which 241 are still ongoing. The most popular hypothesis is that the increase is related to a reduction in the use of the smallpox vaccine, which provides some protection against monkey disease. “

Is it a sexually transmitted disease?

“Sexual contact, like HIV, is not the primary route for the spread of monkeypox. However, skin-to-skin contact during sexual intercourse can cause infection if one of the partners has a monkeypox lesion.”

“There are two species of monkeypox and the West African species is less viral. The Central African or Congo Basin virus is more deadly. People with weakened immune systems, young children, pregnant women and the elderly are at higher risk. Mortality rates for both were set at one percent and ten percent. Severe monkeypox can cause pneumonia, a severe lung condition and sepsis, a potentially fatal immune system response, swelling of the brain and cornea, loss of vision due to damage to the clear lens in front of the eyes.

Is it more dangerous for children?

“According to the very limited data available, the answer is yes. The World Health Organization (WHO) warns that if children become infected, they may be at risk of serious illness, possibly because their immature immune systems make it harder to fight infection. Monkeypox is most common in children. Children play with wild rats and then become infected. Often the first event in a family is a child who later passes it on to their parents. “

Are pets at risk?

“It will probably pass. The Ministry of Environment, Food and Rural Affairs is currently developing guidelines for those who test positively to stay away from domestic dogs and cats for periods of self-isolation, if the animal becomes infected and subsequently transmits to others.” The concern is that monkeypox becomes endemic to pets and then infects large numbers of people. The British Veterinary Association says that pets are at lower risk of contracting the virus, but it is understandable for infected pet owners to avoid them during quarantine. “