Since the 2008 crisis, Davos meetings have been stuck reading trends and proposing solutions. When the plague intervened, Davos moved away from its earlier glorious days. There has been a lot of talk in Davos, no solution

The World Economic Forum, famous for the Davos Summit, is one of the most important structures that shapes neo-liberalism and globalization. However, it is clear that since the global crisis in 2008, there has been a tendency for Davos meetings to be read and for problems to be addressed. When the plague intervened, Davos moved away from its earlier glorious days. Two years later, the Davos Summit came face to face again. The sessions, which can also be followed online, discussed important issues such as the food crisis, climate change, automation and careers in the digital age. There was a lot of talk in Davos; However, proposals to solve global problems were weak. How to ensure global coordination on issues such as the food crisis and climate change is still a big question mark that countries cannot solve on their own. European authorities, who blocked almost all channels of diplomacy against Russia, only complained against the Moscow administration, which reduced wheat shipments to Ukraine. It does not help if those who are in a position to take action are willing to make a statement emphasizing the importance of global cooperation. However, the cheese ship is not working.

Environmental and humanitarian considerations
Summit participants share methods and technologies used by large companies to reduce their carbon footprint. However, there has not been enough work and discussion on how to encourage SMEs on environmental awareness. The fund pool is too shallow to transfer from developed countries to others to share the cost of environmentally friendly production. Plans to diversify sustainable financing processes are weak. There has been little discussion of policies that could directly affect developing countries, such as the border carbon tax on exports that developed countries could use to gain competitive advantage. Panelists from Davos talked about how some companies have increased the productivity of their employees for smart automation technology; However, there were no credible proposals on how technologies could be developed in a more people- and employment-oriented way. When good practices and case studies do not appeal to a large audience / structure, they are not enough. When this happens, conversations in Davos do not go unnoticed with friends. 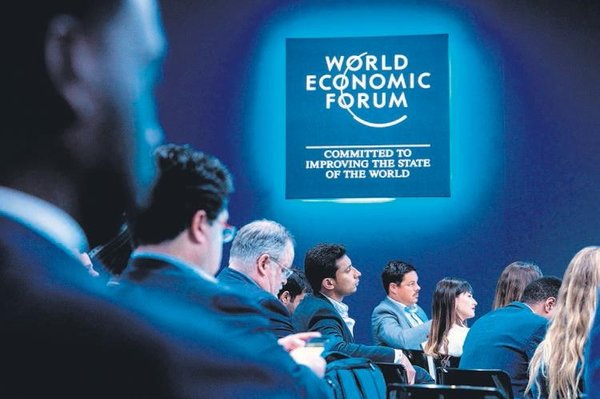 Globalization Not the end
One of the most talked about issues in Davos was the fate of globalization. One of the most interesting events was the session of Thomas L. Friedman, who made a hit by analyzing his book “Lexus and the Olive Tree” and “The World Is Flat”. In his arrogant and aggressive speech, Friedman tried to convince participants that globalization is not dead. The crises, epidemics and wars we have faced since 2008 have hit global hard. That’s true. World trade has lost momentum, the supply chain has been disrupted. Western nations, which for many years have been pursuing an embracing strategy to integrate Russia and China into the global economy, have now begun to implement a policy of control against these two powers. Despite all these drastic changes, it would be unrealistic to claim that globalization will die. Globalization is a transformative phenomenon. There is a critical difference between the first wave of globalization between 1870 and 1914 and the second wave of globalization between 1980 and 2008. Although the two world wars, the Great Depression of 1929 and the Cold War, intervened, globalization somehow found a new way and began to emerge in another format. Globalization is now renewing itself through a transformation. Western countries and their companies will not be allowed to produce in China without question. The West will try to send the factories back to their own countries. However, due to various reasons such as aging population and high cost, this transfer is not possible. So the need of developing countries for the production of western countries will continue. Supply chains will likely be relocated to nearby areas (nearby) or to geopolitically friendly countries (friendshores). This is a sign that globalization is being transformed rather than disappearing. On the one hand, in the Asia-Pacific region, Central Asia and Africa, China is trying to turn globalization in its favor through its strategies and actions. The second wave of globalization was in many ways extreme; It was problematic and unfair. Now the West is worried about the excesses of globalization. Through a good reform process, globalization can be brought in a format that will further benefit humanity. However, Westerners are far from sincere in doing this transformation properly and fairly. Therefore, there is a need for a more inclusive reform process that speaks to more countries.