Highlights of President Erdogan’s speech are as follows:

I want May 31, World No Tobacco Day, to raise awareness of this deadly danger in every part of our society.

The tobacco epidemic is the biggest global health threat, as it ranks first among the preventable causes of disease and death. Despite the fact that 100,000 people die of this disease every year in our country, we do not want to continue fighting this epidemic.

We have continued our government’s healthy youth policies based on the prevention of substance abuse, such as tobacco, alcohol and drugs.

However, there are some people who want to get around this struggle, such as hookahs, cigars, electronic cigarettes, instead of familiar cigarette brands. We are aware of all of them. 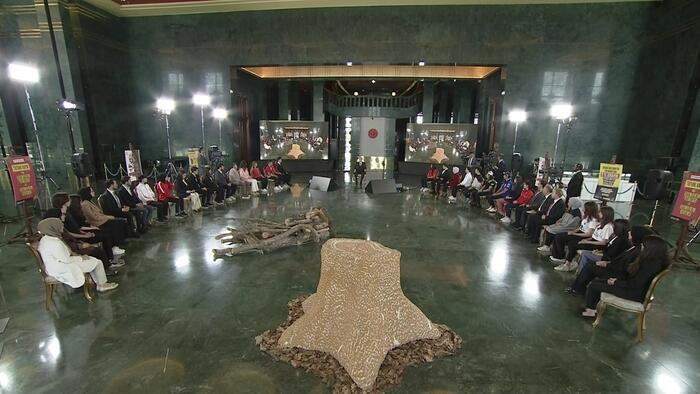 In 2008, a public service ad for Green Crescent’s ‘Don’t Light Your Cigarette or Me’ campaign was shown. Erdogan was later asked if he knew the child actor who starred in the public service ad.

President Erdoানan said that the actor who acted in the public service advertisement was Berat F. Parlor, who was then 4 years old.

Berat F. Parlor, who later picked up the microphone, made an interesting statement about cigarettes.

“Exactly 14 years ago, when we were shooting this public service ad, I came to Ankara with you. I came with my mother at that time. You asked my mother,” Do you smoke? “, You must have quit. My mother has cancer at the moment, we have been battling a disease for 8 years. The doctor’s first question to my mother was ‘Do you smoke?’ It’s done. And the day my mother asked this question, she quit smoking. My advice to everyone from here is, you should not smoke at all. Absolutely avoid the smoking environment. “ 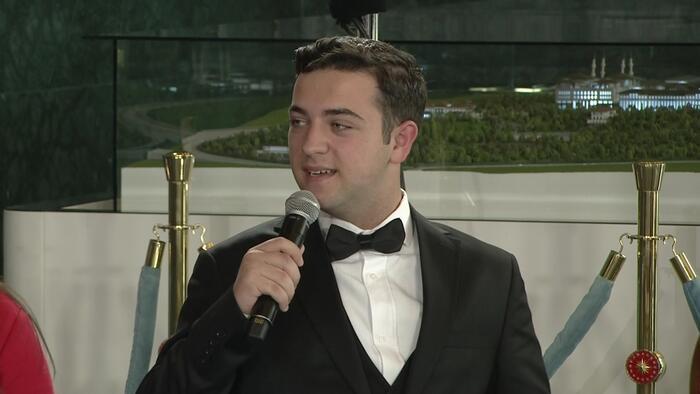 “The harm of smoking at home is far more harmful than the outside. The doctor’s first question is ‘Do you smoke?’ Who asks a cancer patient about it. When he smokes, I say, ‘Come on, quit smoking because we love you.’

Suat Arı (Physical Education & Sports Teacher): I have made 120 students active licensed athletes in the village. I just want to say that I am grateful for the law you have passed and for what you have done for a tobacco free country.

Omar Farooq Saidam (Finnish Athlete): I started swimming to beat the asthma and I beat the disease. When I came in contact with cigarette smoke, I was having trouble breathing. I mean, kids need to grow up in a smoke-free environment.

President Erdogan: I also came here from playing basketball. I scored a lot, I scored 36 points. We have 36 out of 50. We won, different … 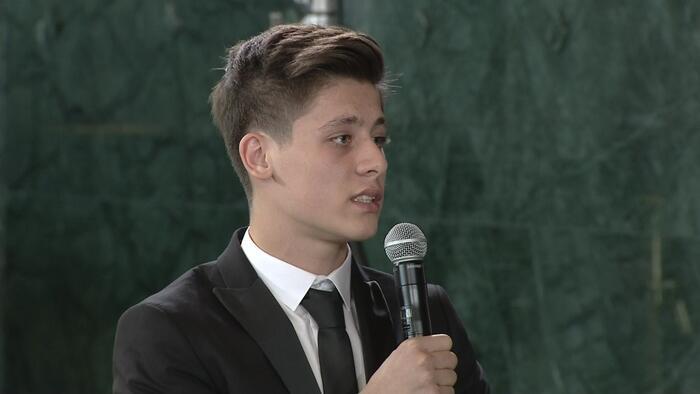 Project Architect: There were two different studies. The work you see on the left is made of fiber material, I have given the stump form of the tree. What you see on the right is made of tree husks, they were not cut in any way, we dried the trees, they were made without cutting, they were collected. The surface consists of about 25-30 thousand collected butts. We put them on the surface using the tree’s own texture. The motive is actually killing the tobacco industry nature. Let’s not throw away our cigarettes, let’s not pollute nature, let’s avoid cutting down trees because of this industry. It also causes drought and the soil dries out due to the chemicals in the butt. 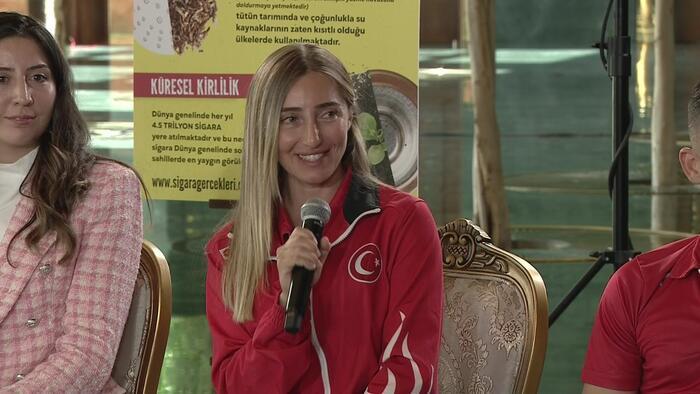 Shahika Councilor: I notice the same thing in the water as well as in our trees. I came across the butt while diving. Butt can stay in nature for up to 10 years. Fish also eat butt. As an asthma patient and a national athlete, I know how much smoking affects the air we breathe. I am also deeply saddened by the poisoning of the planet.

President Erdogan: As an asthma patient, it is very, very interesting, especially when he lands on a ground where breathing is almost impossible. How do you achieve this?

Shahika Councilor: He has turned difficulties into advantages for sports. Sport has enlivened it.

Mirai Ulas: I am a paramilitary sailor. I’m third in the sailing world. Our lives depend on water. Our natural water resources are polluted. 4.5 million baht are thrown into the earth, most of them end up in our oceans. Filters are among the 10 most common plastic wastes in the world. I found lots of cigarette butt waste in the Bosphorus. During that time when I came in contact with passive smoking, I fell ill and could not participate in training. 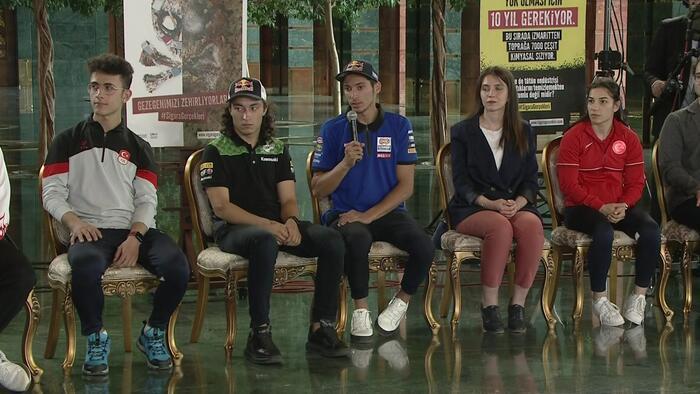 Begum Esra Ertan (Specialist in Molecular Biology and Genetics): Since I first received an award with my projects in 2017, I have been the recipient of numerous awards and grants at home and abroad. Tobacco waste can stay in nature for a long time without dissolving. It also does a great deal of damage to nature and our economy.

President Erdogan: Whether they say electronic cigarettes or something else, these are all scams. How we make money, all the way. This is no different from the other called electronic cigarette. It damages both the bladder and the body. We will not give opportunity, we will give our best. The hookah thing has been on the agenda lately. Hookah is no less harmful than cigarettes, but much more. We are making some preparations to save our nation from harm.

Furkan Butcher: We know that genre art does not miss the opportunity to impress young people, even in cartoons. There is an incentive to smoke in studies.

President Erdogan: In my first meeting with Elon Musk, I would say that it should be spent in the fight against smoking. If they spend it, we can achieve it faster. Digital promotion makes it difficult for us. 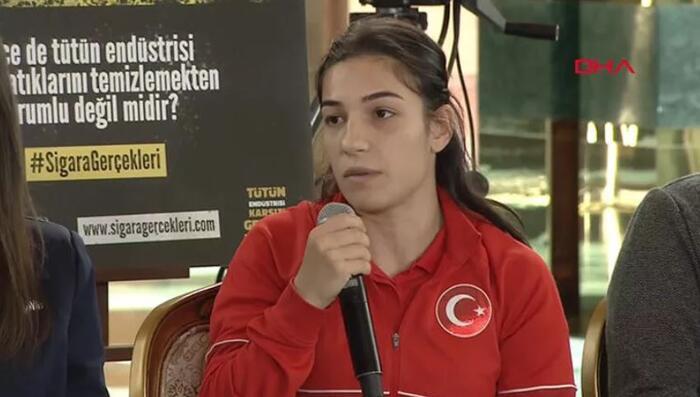 Call Easy: I started playing this game when I was 14 years old. I live in Bagsila. The place where I was sitting is bad. Cigarettes in the hands of middle-aged children. As a teacher I am also disappointed. I am asking the school administration to be more careful in this regard. These children must be brought back to our country. My environment is very bad. My coach is trying to win those kids as much as possible. We held their hands.

President Erdogan: We won 5 golds in the last championship, right? 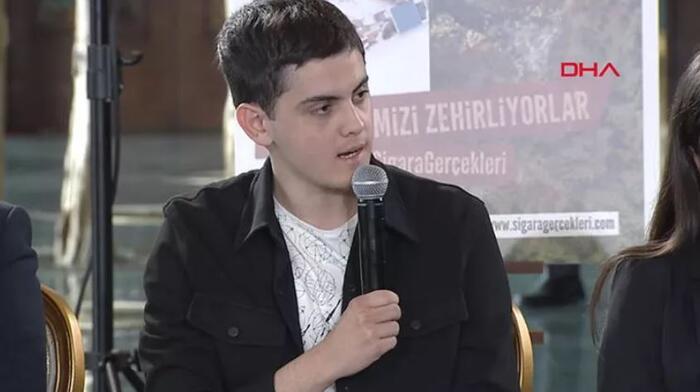 Amirhan Kurtulas: I invited him to the Nobel Prize ceremony with my Artificial Intelligence project. My biggest wish is to come back after my studies and serve the country. Cigarettes and tobacco products damage genes that affect human cell division. The harmful genes of smoking mothers can be passed on to their children. I want R&D center to be set up.

President Erdogan: In this way of the Nobel, if any Turkish person gets the Nobel Prize at such a young age after Aziz Sankar, you will be our greatest pride. They will invite you as the guest of honor and steal a finger of honey. This is their problem for me. They also have to overcome this problem.