To encourage the use of bicycles, an environmentally friendly and healthy means of transportation, the United Nations General Assembly has declared June 3, 2018 as “World Cycling Day”.

On this day, international and local events are encouraged to support the development of cycling culture in the community.

According to data released by the Dutch Cyclists Association, the country has 2.3 percent of the world’s 1 billion bicycles, with an average of 1.3 people per bicycle.

Bicycles, which are mostly used for commuting and transporting children to and from school in the country, are also preferred for recreation regardless of the weather conditions. In this context, bicycles are used for work (22%), school (18%) and shopping (14%). Also, 31% use bicycles for recreation and 16% for other purposes. 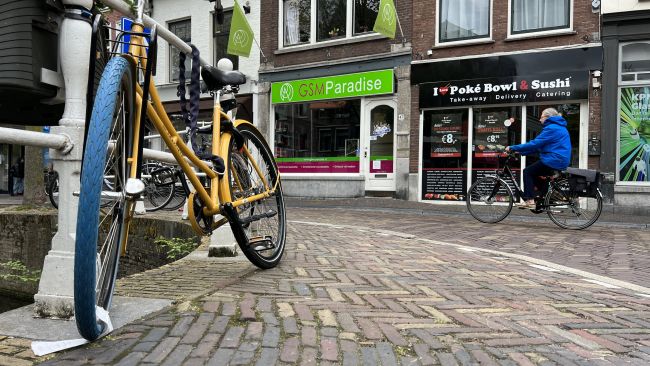 In the Netherlands, where cycling is a way of life, about 1 million new bicycles are sold each year Half of these are electric-assisted bicycles that provide extra power when paddling, thanks to the battery in it.

Most people who are familiar with bicycles at an early age use second-hand bicycles.

In a country where shared bicycle applications are active, there are about 22,000 bicycles at more than 300 different points. After renting and using these bikes for a fixed fee, they are returned to the place where they were taken.

In a country where there are 37,000 kilometers of cycling paths that run close to the circumference of the world, an average of 888 kilometers are traveled annually and about 15 billion kilometers are cycled across the country every year.

The bicycle, which is preferred because it is beneficial for health and prevents traffic congestion, especially in big cities, is also a popular means of transportation along with its economy. 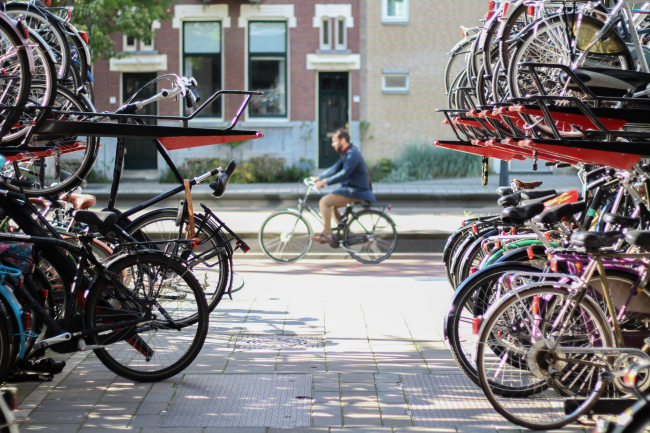 The world’s largest bike park is in Utrecht

If 10 workers use their bikes instead of cars three days a week and cycle uniformly for 20 minutes at work, it saves the employer 18,654 euros a year in fitness, productivity and avoidance of absences.

Although reserved for cycling around train stations, the city of Utrecht, which is considered the center of the stations, has the largest bicycle park in the world with a capacity of 12,500 bicycles.

Half a million bicycles are stolen annually in the Netherlands. The financial loss of the stolen bike amounts to 600 million per year.

Among the countries of the European Union, the Spaniards are in the middle level in terms of cycling.

According to a survey published by the Global Consumer Survey in 2021, 24 percent of Spain’s 18-64 age population prefers cycling to urban transport at least twice a week.

Where 7 percent of Spaniards use bicycles every day, 48 percent of the population define themselves as cyclists.

The government aims to increase the daily use of bicycles in transportation to 10 percent by 2030.

In Switzerland, where sales of bicycles and electronic scooters have increased since the Kovid-19 epidemic, 69 out of every 100 households have at least one bicycle.

The sum of national and urban bicycle paths in the country, where an average of 320,000 bicycles are sold every year, has reached 8,500 kilometers.

Although the country has 9 national and 54 regional bike lanes, local governments are increasing the number of bike lanes to reduce traffic congestion and promote environmentally friendly transportation.

There are 81 million bicycles in Germany, where sales of bicycles and electronic scooters have increased, as in Switzerland.

Münster is known as the city of bicycles in Germany.

Germany imports 20 percent of its bicycle demand from Cambodia.

The most popular bike path in the country is Elbradweg. The road from Cox’s Bazar to Bad Scandau on the Czech border is 860 kilometers long.

In particular, the state of Berlin is increasing the number of bike lane roads to promote environmentally friendly transportation.