The incident took place on September 3, 2018, at 22:00, in a one-storey house in Ismail district. The man, wearing a ski mask, entered the Buuken couple’s home, whose door was open, and shot dead retired officer Matin Buuken and his wife, Nekla Buuken. Bushra Buuken, 24, the couple’s daughters, who were at home, also fainted from the attacker’s butt. Bushra Buiken, who pretended to be dead and then jumped out of her bedroom window and got into her neighbor’s car passing by, went to Gendarmerie and reported the incident. The Gendarmerie team that came to the house found the lifeless bodies of the couple Nekla and Matin Buuken.

The first MHIIR dispute has been acquired

The investigation, which began after the incident, focused on the fact that Ugur, the son of the Buiken couple, and his daughter-in-law, Betul Buiken, may have been killed in a previous Mihir dispute. In this regard, the family and relatives of Ugur Beyuksen, his wife Betul Buyuken and Betul Buyuksen were detained. The suspects were later taken into custody and released.

The Grand Family was killed instead of the neighboring family

It is alleged that the ambassador provided the information to Hussein K.’s parents. It was determined that Esra Tas Hussein K.’s mother MK and his father MK decided to assassinate and persuaded Abdullah Bashdemir. Esra Tas, her boyfriend Abdullah Bademir, 47, and Zekaria Oken, 40, with whom the couple had been in the same neighborhood, and 25 others, including her cousin Mustafa Oken, were arrested on July 13, 2021.

The suspects, Abdullah Bademir, Esra Tas, Zechariah Oken, and Mustafa Oken, were arrested and brought to court. One of the prisoners, Mustafa Oaken, died in prison on August 17, 2021. Jacqueline Oaken, who was jailed on charges of ‘aiding and abetting murder’, also objected to the length of her detention and was released on February 4. 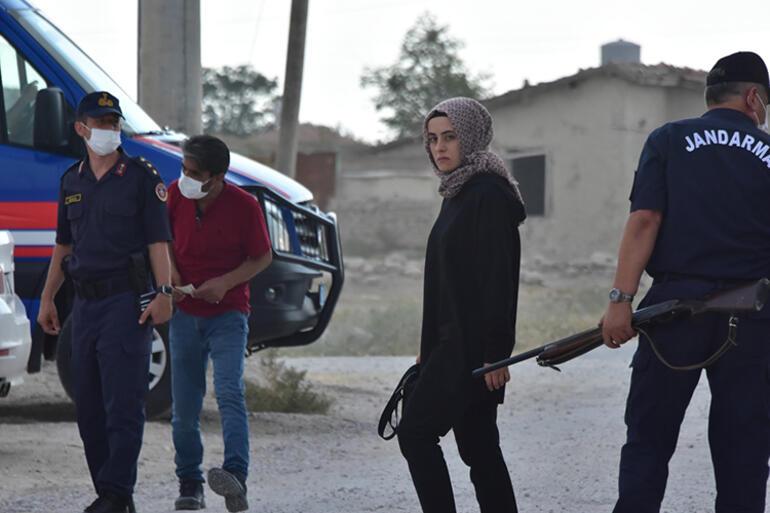 First the Afghan Shepherd, then the security officer was arrested

Abdulhamid Uzbek, an Afghan national who at the time worked as a shepherd on Abdullah Bashdemir’s farm and then left Konya for Ankara, was arrested on charges of ‘murder for rent’. During the investigation, the Uzbek was released on 22 October 2021 under conditions of judicial control. Ertugrul Chelik, 47, who was detained during the investigation and worked as a security guard at a facility under Kumra Selchuk University, was arrested on April 22, 2022, and brought to court. 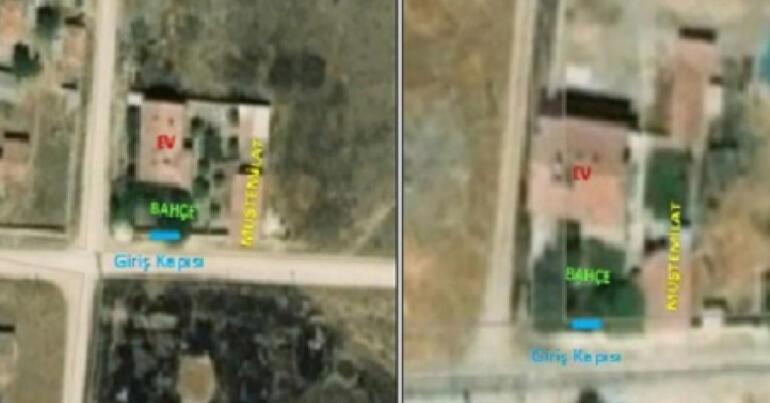 They will go against the judge in September

The charge of double murder has been accepted in the 5th High Court. Detainees include Esra Tas, Abdullah Bashdemir, Ertugrul Chelik, who will appear in court for the first time on September 21, and released Jacqueline Oaken, who was sentenced twice to life in prison for “murder by design.” And 3 allegations of ‘violation of immunity to living in a decent manner’. They were tried for up to a year. Etugarul Chelik was sentenced to up to 1.5 years in prison for “common injury” to the Buenan couple’s daughter, Bura Buenen.

Busra did not kill that dead

Details of the 128-page complaint have been released. Within the scope of the investigation, it was decided that 97 people, including family members of the Büyükşen couple and an Afghan shepherd working on Abdullah Bashdemir’s farm, had not been tried.

It was reported that Ertugarul Chelik, who allegedly killed the Buiken couple, was identified by Bushra Buiken, who pretended to be dead on the day of the incident and survived. In his statement, Bushra Buiken said, “He was the man who entered our house, shot my father and hit me in the back of the head with the butt of his rifle, injuring me in terms of height, weight, physique. , Eye makeup, eye color, eyelids and bags under the eyes. “I can definitely identify this person,” he said. Hussein K. How the parents’ house and the Buuken couple’s house got confused was explained in detail with satellite photos.

The indictment states that Esra Tas Hussein K. His mother MK and his father MK decided to kill him and he persuaded Abdullah Bademir, who was responsible for ending his relationship with the married Hussein K. . Hussein K. How the parents’ house and the Buuken couple’s house were confused was explained in detail with satellite photographs. 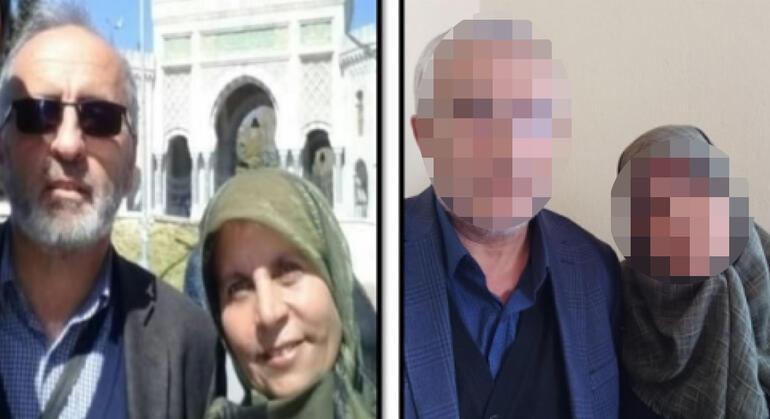 It is alleged that the ambassador provided the information to Abdullah Bademir. “I asked Zekaria Oken for the address of Hussein K’s father’s house, where he lived in Ismail Mahalsi. In the interview I gave on the last day of the incident, I said, ‘Once you enter the village, there will be a mosque behind you, your left house.’ Hussein K’s father’s house. He said. I shared this address with Abdullah Bashdemir on the day of the incident, “he said. 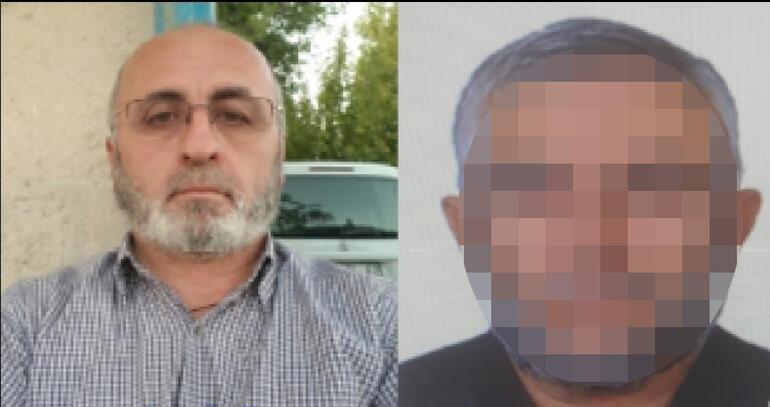 Allegedly, the Buuken couple and Hussein K’s mother and father were described as physically similar. The allegations also included a light commercial vehicle belonging to Hüseyin K.’s workplace and a car belonging to the slain Matin Büyükşen. 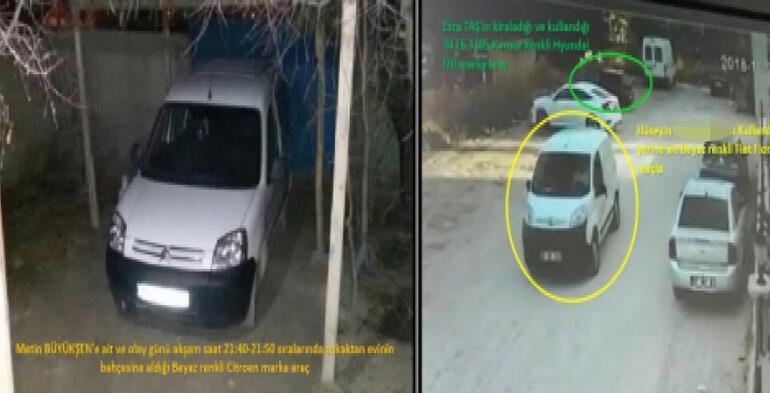 He went to Gendarmerie and asked about the big couple.

In the indictment, it was stated that after taking the statements of the people around Esra Tas into the scope of the investigation, Abdullah asked the officer of Bademi’s Gendarmerie, with whom he had met earlier about an incident, whether his girlfriend was involved. The killer. The indictment states that this is the first time that Bademi has revealed the murder here and tried to show that he was out of the event.

Event time bargaining with their friends

It is alleged that Ertugarul Chelik, who was arrested as a murder suspect to testify that Esra Tas and Abdullah Basdemi were elsewhere at the time of the incident, was hosting a ‘barbecue’. His friends at the social facilities of Selchuk University in Apa district where he worked. It is learned that Esra Tas, Abdullah Bashdemir and Ertugrul Chelik disappeared for a while during the barbecue.

Esra Tas said in her statement:
An hour or two later at 20.00, Abdullah Bashdemi slapped me on the back. I don’t know who he meant.

‘Judges and prosecutors must be connected’

The allegations also include phone conversations between Esra Tas and his family from the prison from which he was detained. Esra Tas was advised not to tell anyone what they knew about her family prison incident and not to talk about everything on the phone because of the possibility of her being heard, the phone conversation said.

Another phone call from Esra Taş stated that she had asked her mother, DT, to take the clothes tied to the chin of the deceased and to pray on the day of court, “Let the judge’s face be tied, the prosecutor’s face be tied.” It is also reported that Esra Taş advised her mother in keeping with her superstitious belief that “you will tie it and untie it 3 times”.