Mahmut Tohti Emin, an eyewitness to the Chinese invasion of East Turkistan in 1949, said that the Chinese, who had been in their country for three years, had not returned for 73 years under the pretext of “disciplining things” and had been exploiting them underground. Underground resources.

East Turkestan, formerly ruled by an Islamic administration, has been bloody for 73 years since it was occupied by the Communist Chinese administration in 1949. The Chinese, who went to East Turkestan to sort out their so-called issues and help them develop, were under severe pressure, especially during the reign of Mao Zedong, and the people were treated and worked as slaves in their own country. In difficult situations.

Mahmoud Tohti Emin, 61, who witnessed the occupation of East Turkestan and has not heard from 36 members of his family at the moment, told Ilkha what happened in those days.

“I remember the Communists occupying our homeland, East Turkestan, in 1949. I know how they came to be and how they ruled. In fact, we had a government then. As far as I know, Kashgar has a local government,” Emin said. We had an excellent government, such as captains, corporals, judges and muftis. The Chinese came and said, ‘We have come to regulate your affairs and to assist you in the development of your government. We will be back in 3 years. ‘ But they have not returned for 73 years. I even know the songs of that time. The Chinese said, “They sang a communist song called ‘Big 8 Principle’. The song. We will cover the damage we have done. “They did not even exist. No information was leaked, no one could go out. Even if the letter revealed that his relatives were abroad, they would be exposed and punished.” He said.

“Even though my father was very rich, I had to farm because of the discriminatory policy.”

Emin said, “My father was very rich and had a lot of money. He had land, fields, cattle, a lot of resources. He always told me to study and in fact he taught me. I studied in a madrasa. 10 years. Then came. The Chinese Communist Party. My father was discriminated against. He did not give us a job because he was rich. So I was forced to work as a farmer. ” He said.

“By destroying our scholars and intellectuals, they have left us ignorant.”

They said that when the Chinese came they would support their development, they were deceived. Learn about educated people. “They revealed all of their backgrounds for the purpose of ‘teaching jobs’. Later, all of them were destroyed on the pretext of nationalism and separatism. Used iodine. What came out of people’s mouths as a reason to complain against them. In this way, they leave the people without scholars and knowledge, “he said.

“There was a barbarism in East Turkistan, where they ruled with the idea of ​​Marxism and Leninism.”

Emin said that under the name of ‘land reform’ in 1951, during the Vietnam War, which began in 1952, he established cooperatives on some state lands and confiscated grain and food in exchange for human sweat. Then Mao Zedong died in 1979 and replaced Deng Xiaoping. The people have got some rights. There was some independence from the 1980s to the 2010s. We can get religious education, though not on a large scale. Ownership of our property was restored. We had it before. No rights. “Even if you had a pen, it belonged to the state, not to you.” The state is said to have met all its demands in return for its work. I have seen them. They did, they killed some of them. It was a total atrocity. “

“They want to erase East Turkistan completely from history.”

He was quoted by BBC reporters as saying that his son, Abdul Ghaffar, who was mentioned in the new infiltration police zone and whose only crime was to take Islamic teachings, had been arrested. Emin continued his speech:

“My son was sentenced to 7 years in prison. I heard this when I returned to my hometown in 2017. I learned that my eldest son was also sentenced to 11 years in prison and he was sentenced. One of my grandsons was sentenced to 5 years. No ethnic genocide. What if all of this is because East Turkey has a lot of resources. Oil, coal, gold, uranium, arable land. They want to erase us, the owner of these resources, East Turkistan from history. China’s goal is to destroy clergy, academics and community leaders. They do not expose this robbery and looting to others. He is destroying our intellectuals because he is afraid to remind them again that Uyghurs are actually an independent country and an independent country. A nation with free will. Then he destroyed the youth. They listened to the intellectuals of the time. They were trained by the clergy. They were aware. They knew everything. They wanted to stop them because they knew they would rise. Against them.

“Islam came to East Turkistan before Turkey. From Karakhanid to the Seljuk period, the people here were Muslims. According to Koneh’s list, more than 2,000 people were arrested in the village where I live. The population is around 10,000. “Their main goal is to completely dominate Turkestan. We have never bowed down, we will never bow down. They will not be able to destroy us. They are dreaming. We have won. The Battle of Talas, the Battle of Gallipoli and all the battles of history.” Says

“We demand justice and fairness”

Reminiscing that the United States had supported East Turkestan because of the “China trade war” and had always invested in China before, Emin said, “The Cold War paved the way for increasing oppression. China took this opportunity to exploit East Turkestan and become economically stronger. Now he wants to dominate the world, but it is not possible. Because China is an oppressor and no one loves the oppressor. Allah also does not like the oppressors. We are not oppressed by oppression. Our demand is to seek justice and rights. Their way. This is our land. This is our land. We have rights. We have the right to regain our freedom, our government. However, the Chinese say that it is an integral part of our land. They call us separatists, they call us terrorists. They discriminate against us as fundamentalists, extremists. The real separatist is China. ” He said.

Who is Mahmud Tohti Emin?

He is presumed to have been born in 1941, although it is not certain that he was born in the village of Lenger, in the Sulukishlak district, in the Koyhir (Eskihir) district of the Kasgar province in eastern Turkestan.

Emin, who remembers the Chinese invasion of East Turkistan very well and was a living witness to what happened in 1949, gave birth to five children from her marriage while in East Turkistan.

Engaged in agriculture in his hometown, Emin came to Turkey in 1991 and started working in a hospital, after which he obtained Turkish citizenship. 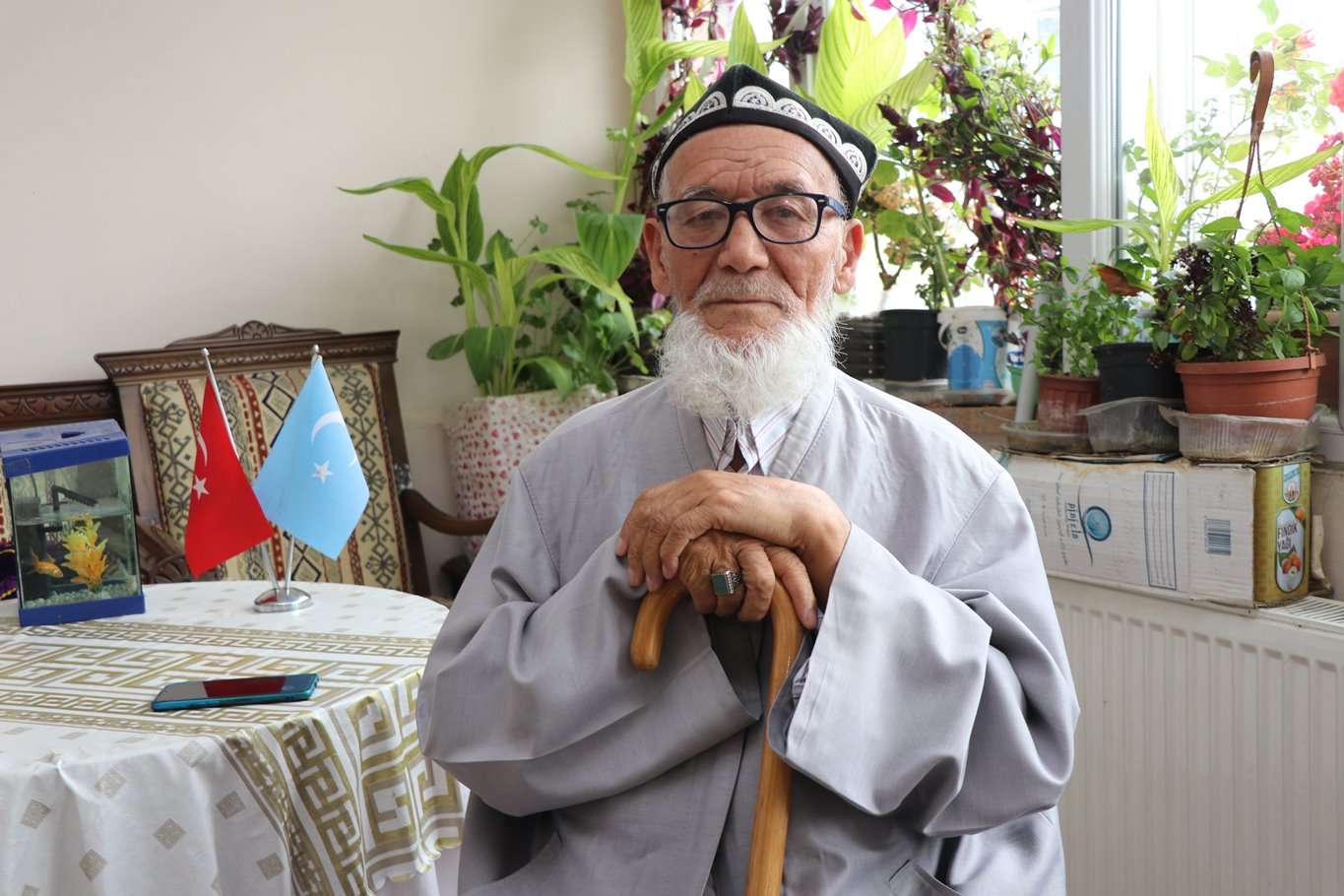