(Ali Ulvi Kuruku Bay’s brother, a member of the IRCICA jury, Azhar graduate, writes in nine fonts, while his students saw his teachers put together beautiful writing, saw himself as a student for 90 years that he did not excel in the art of calligraphy, and feared self-pride.) Do not give a signed letter to anyone. He was a humble calligrapher who has long transcended his own feelings and with this behavior imposed a heavy responsibility on our calligraphers today who are unique and have no precedent in the history of calligraphy. May Allah have mercy on him). 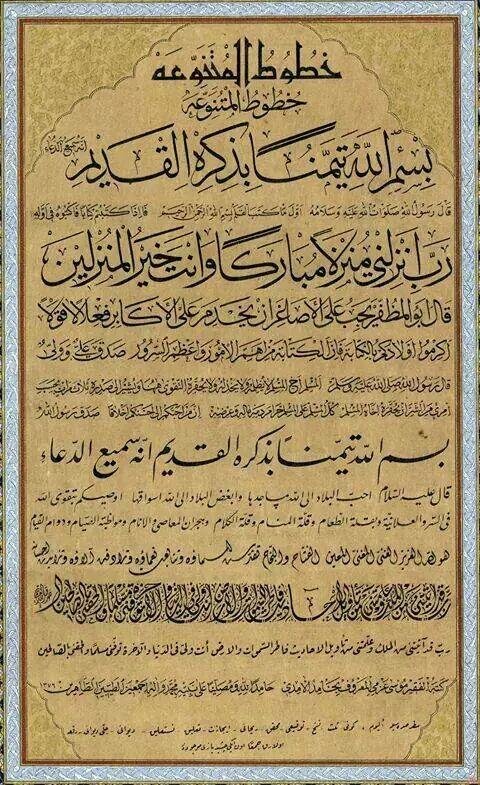 When the pain of the venerable writer and poet Mevlana Idris did not turn to ashes, the second lost calligraphy shocked the world. Ahmed Ziauddin Bay, brother of the late thinker poet Ali Ulvi Kuruku Bay and student of calligrapher Hamid-e Amid, passed away this morning (11.08.2022) in Medina-e Munever. Ahmet Ziauddin Bay has been dealing with health problems due to diabetes in recent years. He died at the age of 91. I heard of his death from the calligrapher Jackie L. Hashimi, who was engaged in the calligraphy industry here (in Saudi Arabia) and from Bender El Omari, one of his students living in Medina. Today (12.06.2022), after the morning prayer at Masjid An-Nawabi, he was transferred to the rest of the senate cemetery. Inna Lillah and Inna Ilahi Raziun.

The calligraphy of IRCICA calligraphy jury member Ahmed Ziauddin is different from our classical calligraphers. He could write aesthetic writing with nine types of writing which we call akalam-tis. However, he saw himself as a calligrapher for 91 years and did not want to gain fame on the line. There is a misconception among calligraphers that he does not show his writing to anyone. However, he did not publish his writings, but burned them so that there would be no disrespect to those great calligraphers. I felt this extreme humility when I offered my condolences to his family. Ali Ulvi Bay’s prayer, Surrey Haneem, showed the same humility when talking about his father and complained that the Anatolians had almost blown my father off. At the very least, I wanted a writing sample to make this article a hotbed. Unfortunately, he stated that no writing was found, citing his daughter’s statement, and his father, Ali Ulvi Bay, confirmed that everything he wrote in his memoirs was true. I have summarized Ahmed Ziauddin Bay, who wrote beautifully from nine types of writing, from the memory of his elder brother Ali Ulvi Kuruchur: After writing his biography, I am leaving you alone with the account of Ali Ulvi Bay, his calligrapher brother. Of course, Ali Ulvi Bay should be the one who describes him best. 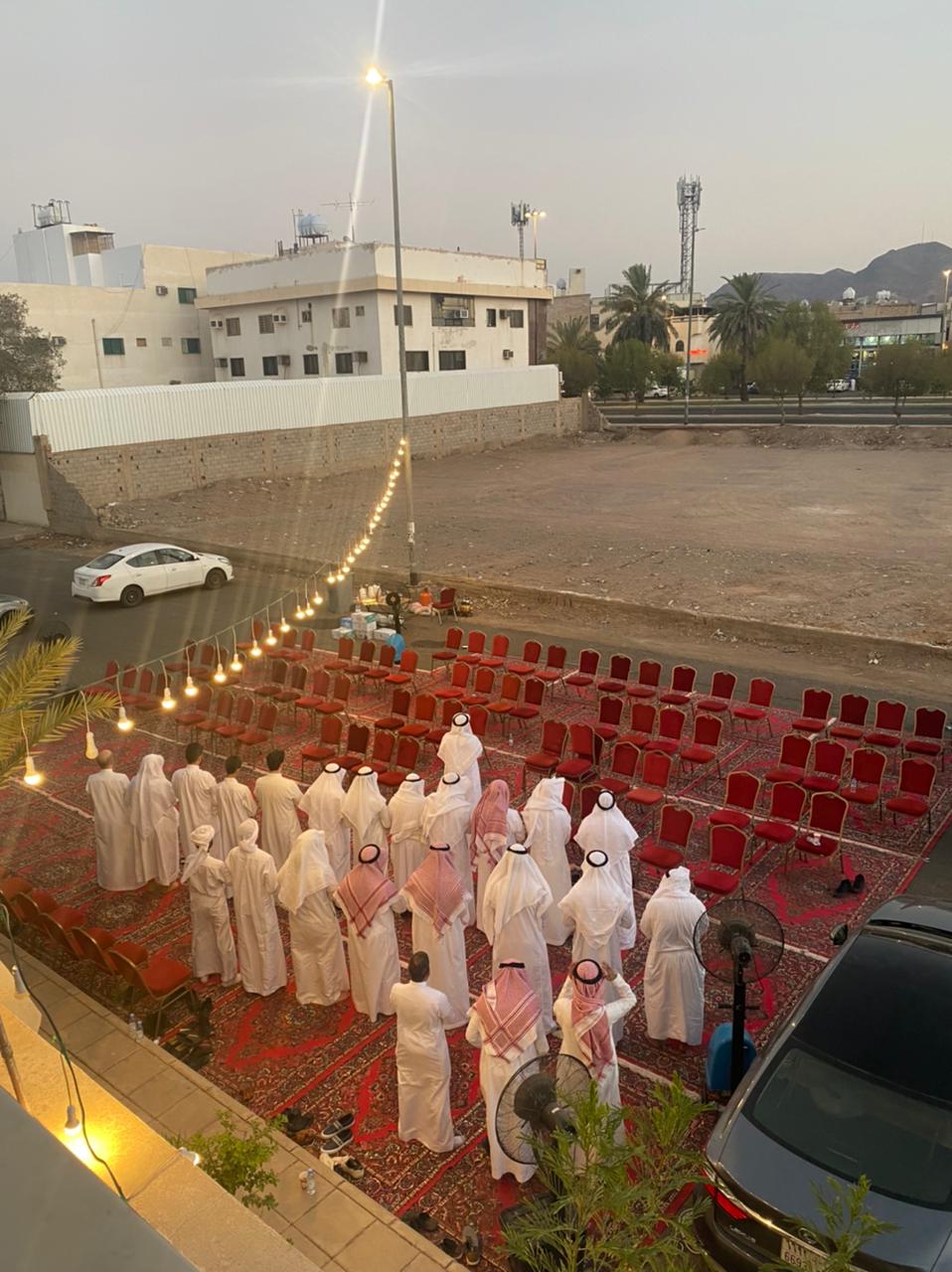 The late Master Ahmed Ziauddin Hi. Born in Medina-i Muneve in 1349 (Gregorian: 1931). He was sent to Cairo for university education. While studying at Azhar University, he studied calligraphy at the Tahsinul Hutut Madrasa in Cairo. In 1953-1955, he took lighting lessons from his school teachers as well as Sayyid Ibrahim. He returned to Medina in 1956 and taught religion and Arabic in various schools. He made several trips to Istanbul and learned from the great calligrapher Hamid-i Amidi. Hamid Bay asked him to write a letter to a continent asking permission. For various reasons, he could not present it in writing. His love for learning the deep secrets of calligraphy did not fade. He also learned from the late calligraphers Mustafa Halim, Ahmet Kamil, Abdul Aziz Errufa’i, Kamal Batanaye and Nekmetin Okaye. Because of his deep knowledge of the secrets of calligraphy, he is a member of the jury in the calligraphy competition organized by IRCICA every year.

Calligrapher Ahmed Ziauddin was the father of two children and distinguished himself as the master of all the subtleties of the 9 types of calligraphy. He had a collection of original and valuable calligraphy by Sami Effendi, Muhammad Sevki, Muhammad Sefik, Muhammad Nazif, Ahmed Kamil, Ahmed Arif, Hamidul Amidi and other great calligraphers.

My brother was a mortal in calligraphy:

“My brother Ahmed Ziauddin”Bad phil hatHe is an inquisitive calligrapher who writes nine types of Islamic scripts in the most beautiful way. When he was a student at the Tahsinul Hutut School of Fine Arts, which was opened by the late Abdul Aziz Er-Rifai of Egypt, while still a student, he looked at the writings of the great calligrapher, Husnu. Sayyid Ibrahim Mekkawi, Nasib Huwani: “Ahmed Zia, we are correcting your writing. They used to say, ‘We don’t want to see, Mashallah, Barkella, we want to say that your hand will not get hurt’.”

Although my brother Ahmed Zia is a calligrapher with this ability, why doesn’t he create Islamic calligraphy, thuluth, sally, naskh, rika, taliq, diwani, ikaje, rehani, kufik, all these in the best way? How much work does he have? When asked, Ahmed Zia is a very humble person and answers as follows:

“In our century, we have seen Hamid Base and Halim Base. While Rakim, Shefik, Kazaskar, Sevkis, Samis, Hamid, Halimus, Hassan Riza, who are considered imams of calligraphy, who have flooded the world with calligraphy as well as their writings, I have something I don’t like. I have to write because I have to write. “ 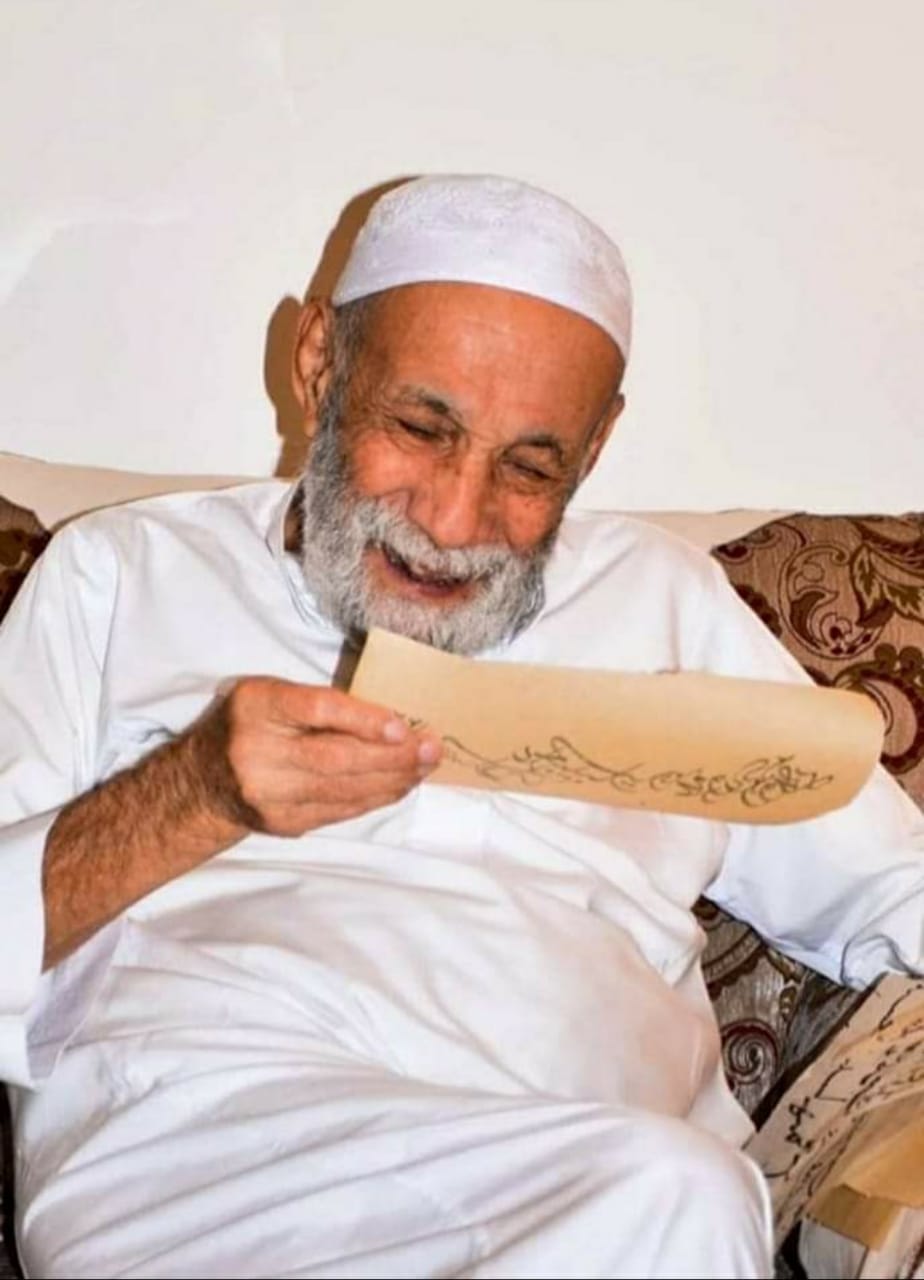 I wish Zia Bhai would write a Qur’an.

Zia Aidin Bay, nephew of Musa Topbas, who collected very valuable calligraphy works. He understands the line and writes well. He collected many valuable plates, inscriptions and masks. He said:

“My boss! … If you had skills like your brother Zia Bay, I would write to the world. He recently wrote an essay, My Lord is a witness, it is permissible for me to say Hasan Riza. He wrote such a beautiful divani, Sami is right … he has a pen so fast. But this modesty makes him unable to work. ”

Writing until the evening then burns

It’s a sad one. There is no one to write what brother Rika wrote today. In other words, I know and see living calligraphers. I pray to my lord that I be able to write a Quran for brother Ahmad Zia.

“What has he written so long, my teacher, as Plate? So how many, say, wrote a hundred? And on what occasion did he write it? I answer: “Brother writes for 45 years till evening, in evening he burns them …”

Alas অংশ and that’s part of being upset about. No one will believe me. At the moment, there is not a single sign written by my brother in my house!

The late Hafiz Ahmed Kagnisi of Konya was a man who was interested in writing. He requested a letter from his brother:

He said, “Brother Zia, please write me a sign.” Brother, did he write a verse or a hadith? He has written both Naskh, Thaluth and Sally. Also under “Ketebehu Hafiz Ahmed Kaganichi” He signed. Hafiz Ahmed: “It’s not big brother, how can I hang it?” When he says: “I’ve already written it as hanging. It is enough to be with yourself. Looking at the great calligrapher Hafiz Ahmed, I cannot call myself a calligrapher. Replied.

My brother is also a Rakim lover like me. Sefik Bey, Kazasker, especially Şevki and Hacı Arif, who came after Rakim. I think he also sees the writings of Sami, who is considered to have a second altitude and is fascinated.

“Wow, we writers understand, how can you write, servant of God?” When we say,

“Isn’t that the purpose of my favorite, beautiful writing? Enough to look at their writing. “

However, everyone’s wish is this: if Brother Zia spends six months in Medina-i Munever and six months in Istanbul, there is a young generation with the ability to write, a talent trained in the love of writing, if he teaches them writing. ..

While here the brother is training some disciples. He raised Abdul Aziz, the youngest son of the late Mostafa Nekatuddin Effendi. He writes very well. Alhamdulillah, he has started thaluth and sally now. Of course, these are a few.

“Hodja, your brother Zia Hodja, corrected some letters while showing the writing. Showing:

He says, “This is my dad, baby, it’s pulled this way, it’s pulled that way.” They said that Halim Bay was in such a hurry that he could write fast. Your brother Zia Hoja is a calligrapher who writes in a hurry like Halim Bay. I don’t even understand their corrections. He does it in such a hurry, so easily, so easily … I admire a person who has written such a beautiful script, a Delail-i Hairat, a Qur’an “…

The two brothers graduated from Egypt’s calligraphy school, received their first certificate and illumination… he understands it, he understands it too… all nine types of writing that have become profound in the science and science of Islamic calligraphy have become perishable. Calligraphy. Not being able to see a work of my brother, who wrote so beautifully, is really sad and depressing… a strange kindness:

“Among these calligraphers, can I call myself a calligrapher?” I said, “How can I write poetry after Akif Bay and Yahya Kamal? Can I say I can’t write?

For example “Silver Tulle and Flame”Rica, Ta’liq, Nesih, Thuluth, but it would be nice if we could at least put some of my poems in the book!

My master is a very good writer, I do not say that he is my brother. Some calligrapher brothers should not be bothered …

May Allah Almighty increase the life, prosperity, good deeds and beauty of their line. Please have mercy on those who have died. ” AUK