The trend of world football is changing day by day.

The game makes it necessary to maximize physical parameters and ball handling skills in order to widen the field with speed and dominate everything.

As a result, in the last 5-6 years, the fashion of one-shot goal scorers and, in the language of managerial games, the “opportunistic scorer” has lagged far behind.

Examples such as Icardı now gives 1 and takes 4 In situations where they do not share the field with another striker, they become part of what must be borne by the team, not the career.

While the top teams in the game may not have strikers featuring midfield like Benzema and Kane, they may show a tendency to set up ‘fake forwards’ schemes.

Teams can come up with systems where midfielders and winger carry the weight of the goal and completely change the definition of expectation of forward players.

However, the need for a “pivot striker” in the Turkish league is not exhausted.

In a few paragraphs, we will discuss why the center forwards are most successful in Turkish clubs, what obstacles the different models face, and from which direction the mentioned strikers create escape routes.

Let’s start with our mistakes.

Why ‘fake striker’ is not often liked in Turkey?

Recruiting a player from a different position for the forward has several winning goals.

At the top of it is the acceleration of the game.

Top clubs create fake forwards from the wing or midfielders to speed up, recover the ball faster, threaten to take the ball across the court and increase the efficiency of the field.

There are various reasons for this. Of course, they have to score well, take the ball with their backs and make the right decisions in the third zone and make defensive efforts on the field, since they have no role in a single strike like the classic striker.

Rapidly disrupting the defense balance is essential, as offensive line height and shape superiority are limited to fake forward setups. Achieving this speed can also be achieved with a large spiral.

Athletic players who have a good relationship with the ball need to be selected, lines that complement each other and pose a threat to every part of the field, passing and running speeds in every area that can carry the ball. In attack, not just the attack line. In addition, to keep these players at the same level and spread this momentum throughout the season, it has become essential to organize great training programs.

Almost none of the reasons for fulfilling the previous paragraph are fulfilled in Turkey. The performance of the players progresses very fast and the structures in which the skeleton of the team can be preserved for 3-4 years are also low speed teams with high average age. Because we don’t have training practices that will make them dynamic throughout the season.

I remember that recently, among the teams aiming for the championship, Abdullah Avisi tried a fake forward on Basakehir Robinho. Since the team was playing a set game with low tempo, Robinho’s offensive line at the forward end could not disrupt the defensive balance and on top of that, Adebayor, who was planning a second exit, also missed the long ball. 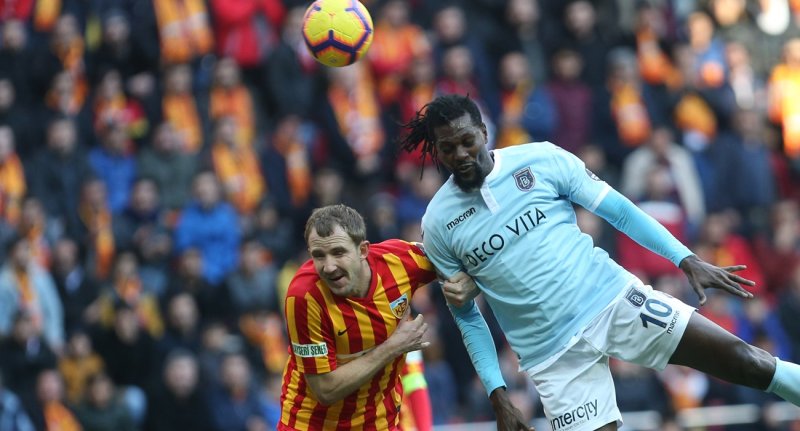 This season, we’ve seen Francesco Farioli’s attempts at fake forwards in Alaniaspore, mainly Emre Akbaba. Alaniaspo finished the season at a good point, but they had problems against many teams who did not know the running area, dropped the ball and played quality set defense.

The knitting method of the Super League is based only on the basic memories of football.

Many teams are defending the defensive front with double pivots and eliminating players from the offensive line. Naturally, this choice affects the speed and quality of game creation. Teams with players who have good perimeter control in front of the defense and those who can shoot the ball without the need for parallel players become very dependent on the health and form of these players. In general, in order to maintain this discipline, they try to prevent factors such as injury and fatigue by reducing stress and speed. However, the game is slow.

Trabzonspor, which increased the score gap to a very high level in the first half of the league, was associated with some complex factors in the second half. In my opinion, there are hints in the following paragraph of this fall. Trabzonspor, who could have shortened the length of the team with Edgar in the first half and carried the front five balls with Berat or Hamsik’s bridge roll in front of the defense, lost three of their players in the second half.

This is where the value of pivot striker comes into play.

By the end of February, Cornelius’ high-ball dominance was the Burgundy-Blue team’s most important third-area transformation weapon.

Trabzonspor, whose first plan has been thwarted, or many of our clubs whose first plan is not high quality anyway, is settled on the opponent’s field thanks to those who play strong back-turn and physically dominate the defenders.

Teams that can’t move fast enough to upset the balance and who don’t plan on exiting the defense at an elite level can move closer to the goal by connecting with attacking players who can play with their backs turned. Also, pivot strikers can be effective in the middle of the side, which is one of the most basic set-opening methods in our league, where the majority prefer to wait behind the ball.

Forwards like these are fast becoming valuable even for wings, which we are accustomed to seeing and demanding in Anatolia.

With our league’s budget and weak player networks, it’s not easy to find players who combine athleticism and skill. As a result, fast wingers are looking for walls and want space. To create this wall and provide this area, we are looking for a striker that can provide stopper marks, mold pulls and rust connections.

In short, center strikers can provide a lot of action that our team cannot do on the field, simply because they are suitable for their player profile, and so they are generally more popular in Turkey than in Europe.

What was the exception?

If we include the teams that do not set the maximum goals, their number is much higher. Because these teams are more convenient to transfer than the teams aiming for the championship. 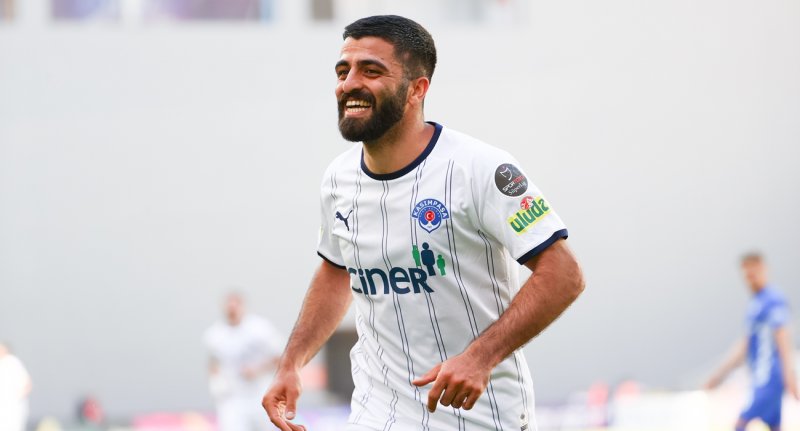 There are examples of some forwards who have played at the championship level or in the team above average, although they have not been counted directly in the center profile, they have succeeded. Examples can certainly be multiplied, but names like Senk Tosun, Umut Bozok, Adam Buik come to mind first.

Although these players are not a copy of the typing that I have covered throughout the article, the difference between them is that they are names that can play behind them. They also offer a wide range of targets.

Burak Ilmaz was the most successful striker who has not been at the center of the league for the last 10 years. In addition to being able to enter many positions and score a clear goal, providing him with a comfort zone according to his style of play was also a factor in his success. With the exception of years of working with Shenol Gunes, he mostly shared field and naturally center guards with other striker partners.

The merger of Shenol Gunes and Burak Ilmaz, which is a clear example of opposition to the whole article, has made its effectiveness different. At a time when Burak was playing alone at the edge of the forward, Senol was pulling the team’s pressure line closer to the middle block, his team had a chance to move when the ball was won and naturally, he was preparing the ‘face-‘. Face the ball ‘environment which Burak wanted. 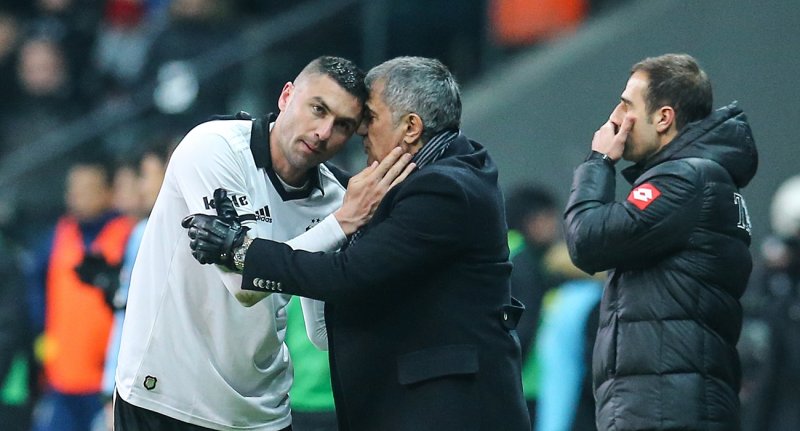 The most obvious examples of this were the 2011-2012 Trabzonspor and 2018-2019 Beşiktaş teams that were able to get results above their squad chances and brighten up Burak, although they did not play an impressive game throughout the match. Strikers who can connect.

Let’s close with the phrase that most of us don’t like.

Forwards like Cornelius, Okaka, Diouf, Adebayor, who spent a season before coming to Turkey and after his career in Turkey like Vedat Muriki, have achieved a great percentage of success in the Super League in terms of their playing structure.

We can even give the opposite example with teams like Fenerbahce, which has been very successful in leagues where it can play face to face and where it can find a place and those who have not invested in strikers (Berisha, Samatta, etc.) and find what they expected. Not getting or Beşiktaş with Batshuai experience after the championship.

Until we can put together a thousand and one truths that can speed up the game, we will continue to see strikers among the players who have achieved stability in the Super League with their back-and-forth game.

Abubakar, Niang, Sarloth, 2018 I am concluding the line by greeting the forwarding applicants in every game like Gomis and my appreciation for them, and thanks to all those who gave their time.