The incident took place at Kumhuriyat Kadesi in Muttalip Mahalesi in Tepebasi district last February. Allegedly, 2 women tried to get on the municipal public bus with line number 59 and number 26 BL 571, ready to get off the stop with a single ticket. The bus driver, on the other hand, did not allow passengers to enter the vehicle with a single ticket as the HES code registered on the transport card was mandatory. Afterwards, the women argued with the driver, got off the bus and talked on the phone for a while. After the phone call, a suspect named Gokhan P (30) came to the stop with his car. The suspect, who got on the bus and got involved in the discussion, started hitting the driver one by one. The suspect, Gokhan P., who drew a knife as the fight escalated, injured bus driver Baris Odabasi, 42, in the legs and abdomen. After getting off the bus, the suspect fled the scene in the car he came from.

Injured bus driver Baris Odabasi was released after his treatment at Eskihir City Hospital, where he was taken by 112 emergency services to an ambulance. The suspect fled the scene and surrendered to police the next day. The suspect Gokhan P., who was transferred to the court after his approach to the police station, was arrested by a criminal judge of peace from where he was brought, and sent to jail. Regarding the incident, the office of the Chief Public Prosecutor of Eskihira, criminal Gokhan P. (27) The non-jurisdiction has decided in the public case filed against him that the culprit Gokhan P. (27) Eskihir argued with the 3rd. Criminal Court of First Instance, on the grounds that the incident could be an “attempted murder.” The complaint was accepted by the 3rd High Criminal Court in Eskisehi.

6 years to 6 months jail was demanded

The indictment alleges a total of 3 years, 8 years and 6 months imprisonment for the accused Gokhan Pir. Defendant Perihan P was sentenced to 1 to 2 years in prison on charges of ‘threat’ and ‘insult’.

In the first hearing of the case held in Eskişehir 3rd High Criminal Court, the arrested accused Gokhan P. And his brother Perihan P., who was on trial, were present. Complainant Barış Odabaşı and the party’s attorneys were present at the hearing. 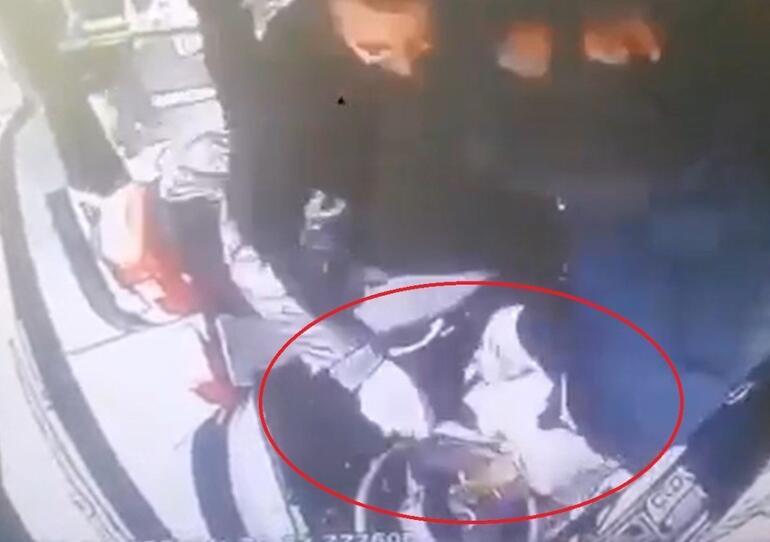 “During the struggle, the knife in my key pocket opened itself and sank into the client.”

In his first defense in court, describing the incident and the moment of the fight with the bus driver, the accused Gokhan P. “I was sitting in the coffee house at the time of the incident,” he said. City bus came forward. My mother and sister were also getting on the bus, I was watching them. They got on the bus and got off the bus after a while. I drove to the municipal bus stop, wondering why they got off. When asked, they said the driver would not allow them to print the card. So I got on the bus to know the condition of the driver. I asked why my mother and sister did not print her card. “Not a single card was printed,” the complainant said. Meanwhile, I took out the escard in my pocket, my intention was to print the card. The client was muttering to himself. I didn’t quite understand what he was saying because it was a mask, but I heard him say something like ‘coyote’ to me. “You have to print two cards,” he said. At that time the complainant tried to stop me with a light hand on my chest. Meanwhile, I told my sister and mother to get on the bus. The plaintiff insisted he would call Gendarmerie, and he muttered. Then he cursed me. So I punched him and he came towards me. We started fighting with each other. During the struggle, a nail knife was attached to my key ring. I took the key chain in my hand, and in the meanwhile, the effect of the struggle opened the nail knife itself. Otherwise, I would not have struggled like this, especially with the nail in my hand. During our struggle the nail knife was opened during the struggle and it got stuck next to the complainant. I did not specifically injure the complainant with a nail knife. I did not have a knife or a cutting tool. I didn’t particularly use the nail knife. The client’s injury is an accidental injury. I apologize to the complainant, I did not act with criminal intent, “he said.

The court has decided to continue the detention of accused Gokhan P. and keep the accused Perihan P. in custody pending trial, adjourning the hearing to a later date.