Becky Burke, who lived her life as an epic!

Becky Bark was born in 1926 in the village of Urdu / Delikkaya.

On Sunday, June 14, 1992, he received God’s mercy in Fatiha. It was placed in the Yup Sultan Cemetery.

His mother Fatma Haneem and his father Mustafa Bay.

(Pictured is Becky, a young high school student wearing a hat, seen with her parents and siblings, her brother Fethi 1940/41 in front)

Our Prophet (peace be upon him) said, “Every pious person is my family.” Becky Bark’s family became a double-edged sword, especially since she lived a very pious life.

“Becky Bark was a nice man, a tough guy. Not everyone can serve her. Her mom was a tough Ottoman woman.”

Baby Becky talks to our prophet in a dream!

– Becky’s brother’s mother aunt Fatma was a very clean and blessed woman. He used to stay with us from time to time. In the 1960’s, we had more than 10 days of guests. He recounted an unforgettable memory at the time:

He used to see Khidr, who was praying many rak’ats between the two pillars of the Hagia Sophia Mosque. I prayed that prayer, but I did not see Khidr. I came home crying.

That night, in my dream, someone said, “Baby, why are you crying so much?” 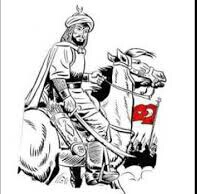 And I showed my son Becky, “I want my son to be an Islamic bodyguard” I said. He hit my son Becky on the head and I woke up.

-Bakir had a dream when he was 8-9 years old. Suddenly he got up and sat up in bed. His eyes were closed.

– I took his hand and said, what are you talking about boy?

“Mother! I saw the Prophet (peace and blessings of Allaah be upon him) commanding me.” Says

Aunt Fatma added: “If I hadn’t woken her up, she would have forgotten her dream!”

Say hello to Aunt Fatma Master and make a request!

When Becky met Bark Master, Aunt Fatma, “Say hi to the master, kiss his hand for me, he will accept me as a student” Said

As Becky Abby was leaving the tour, the master said, “There was a remnant with him.” Says

Becky remembered Abir and said her mother wanted to be a student.

Master; “I accepted him as a student 6 years ago.” Says

When Becky Abby asked her mother about it, she explained:

– While lecturing at a religious meeting, someone told me “Get out of there, light!” He said.

Me too Although I’m not aware of lighting,

“Of course I’m light, let my head be dedicated to light!” I said.

It turns out that the master said that he accepted me as a student then “.

May Allah have mercy on him.

(The man who dedicated his life to his case / Bekir Berk-İ.Atasoy, Generation p, 221)

One day, when he and his mother came to Hagia Sophia, the mosque was surrounded by wooden boards.

On February 1, 1935, the Hagia Sophia Mosque was closed and turned into a museum.

Becker was 9 years old then. Becky, who could not bear the grief of her mother on their way back;

Becky Bark’s relentless and sincere efforts are bearing fruit, and while believers have been praying in the Hagia Sophia Hunker Mahfil since Friday, August 9, 1980; Serving as a museum for 86 years, the Hagia Sophia was officially opened for worship on July 24, 2020, with Friday prayers at the Hagia Sophia-e Kebi Mosque.

“My grandmother, the venerable Fatma Burke, had my father’s background of faith rooted in her personality.

The leader of the family was Bark Bay.

According to my uncle Fethi Burke, my grandfather Mostafa Burke In his youth, he could write Allah with the letters of the Qur’an with a knife on the wall.

It will be because of his merits, his clash with the Pontas gang among the people of Topal Osman.

Kazim Karabeki’s dice When he formed a special unit, one of the most talented and courageous of these gangs was my grandfather Mostafa Burke.

As a result of these services; Dolmabahche is the guard of the palace They started living in Istanbul / Besiktas.

“I think my father dared to speak as sharply as Zulfiqar, dived into the target like a hawk, and his father entered the hearing with a shroud from Mostafa Burke.”

He started school in his elementary school. He was admitted to Gaziosamanpasa Secondary School in 1938.

Kabatas Boys High School(1941), his father did not want to teach him for financial reasons.

One day Becky told her father that her mother and father had taken part in a school discussion; “No matter how high the hill, you have to cross the road.” He said he would not be helpless.

This statement not only made her father happy, but also strengthened her determination to teach her mother.

Works with all his might Balikesi High School He won in the boarding division, continuing his high school 2nd here.