World-renowned Kyrgyz writer, journalist, diplomat, statesman Aitmatov is considered a common value in the Turkish world. Also known as “The Last Writer of the Soviet Union”, Ayatmatov is one of the first names after the Manas epic to refer to Kyrgyz national literature in his country.

Ayatmatov became known in Turkey through his novel Selvi Boylam Al Yazmalim. The novel reflects the plight of the Kyrgyz people in the process of social and political transition through various life stories. Through this novel, Ayatmatov sheds light on the negative effects of rapidly evolving technology in human life. The reader witnesses the fragmented lives of two people who love each other, whose paths are severed by an unfortunate event, and who are finally reunited by a strange coincidence. Through the book, the reader gets a chance to see the broader social landscape of that time from different perspectives.

Aymatov expressed his feelings about the time of writing this book; “Either this is human nature or I am like this; I was always missing something. […] I have spent the last year and a half unmoved, I could not bear the anxiety of my son and wife. I couldn’t sleep at night. Samet’s smile and his position as he fell on his chin could not disappear from my sight. Especially the smell of that baby wafting through me. “

The novel was adapted into a movie of the same name. And it became a classic of Turkish cinema. In the movie starring Qadir Inani and Turkan Sore, Asiya is torn between two men. Elias is the person he loves and the real father of his child. Cemşit, on the other hand, is the person who stays with her in her most difficult moments, who opens her house and heart, who takes care of herself and strives, and whom her child calls her father. Asiya is forced to choose between her great love, Elias and Semcit, who embraced her during her difficult days.

The movie was most memorable with the line “What was love?” Asiya, who is between Elias and Semcit, likes Semcit, the incident brought tears to the hearts of those who say “love is labor”.

‘Day will be the price of age’

Genghis Aitmatov’s response around the world is made possible by his book, De Olu’s Asra Bedel. In short, the novel is a heartbreaking story. Aymatov does not disappoint the reader with this heartbreak. The story is a challenge that keeps hope alive against captivity, oppression and deportation.

In the story, after returning from the front, Yedige Cangledi started working at a small train transfer station on the Kazakh Steps. The events he has witnessed here and remembered from his distant past are in fact the cause of the thunderbolt of a political regime that collapsed like a nightmare in exclusive geography. Aitmatov goes on to say in this novel that the system that ignores man and seeks to mechanize him is in fact destroyed.

As his late old friend Kazangap was taken to the funeral home, Yeddyurappa left one by one before his eyes his own and his nation’s past, with its bitter-sweet and thought-provoking aspects. That day will be ‘a day worthy of a century’ for him.

Presenting the past, present and future together with great skill, Ayatmatov invites us to face the mirror while showing the image of a civilization discovered as a result of the “Demyurg” space research program, an attempt to communicate with the people of the earth. The Ana-bit cemetery where Kazangap was taken is named after a legendary woman named Neiman Ana. Aitmatov; In telling the story of bringing Neyman, he introduced the concept of ‘Manakurt’ to the world.

He uses “Mankurt” in his novels to warn nations that are offended by their history, forget their past, their families, their races, their core values ​​and have no purpose.

The concept of “standard”, also used as a means of separation from society, was adopted worldwide, and the name of the novel became a term used in everyday life. 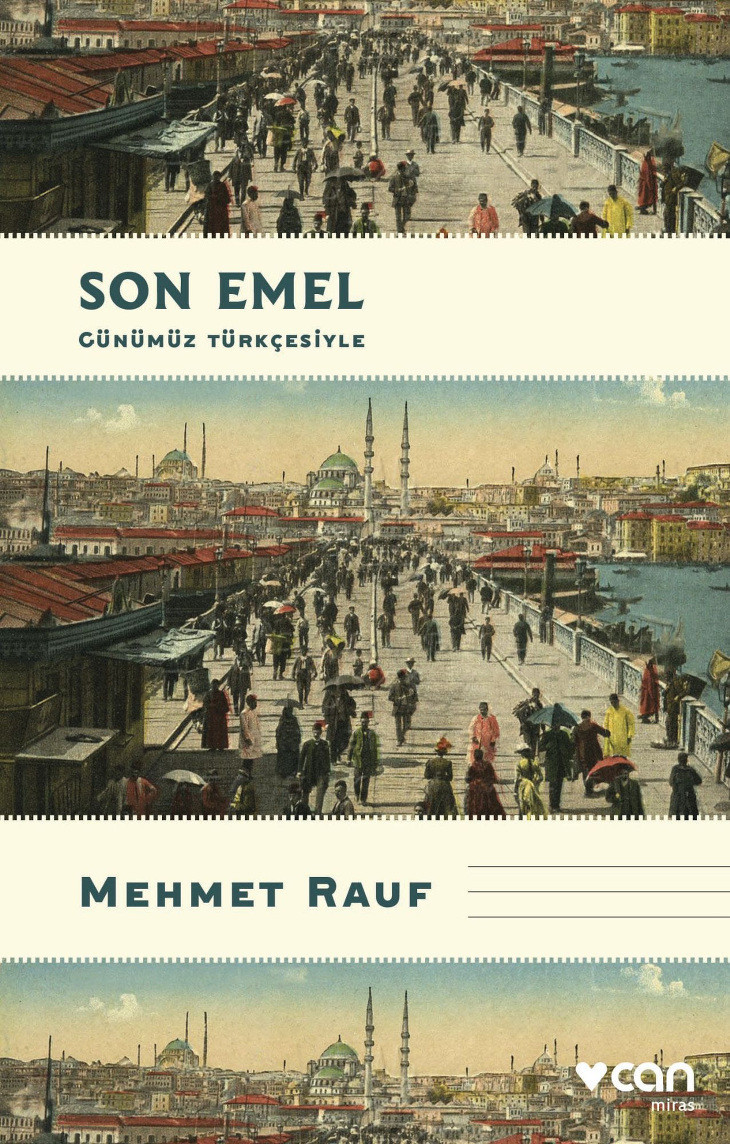 Aragon: The most beautiful love in the world

Aitmatov’s writings include Kyrgyz oral culture, traditions, stories, epics, and folk songs. In the book Cemile, which is also described as the most beautiful love story in the world; “People can’t explain everything, and words aren’t enough to explain everything,” he said.

French writer and poet Louis Aragon; He described the author’s novel Semili as “the most beautiful love story in the world”. And he writes: “Here, in the Paris of the villains, Hugo, Baudelaire, in the Paris of kings and revolution, in this Paris where every stone that the painters boast of as centuries-old Paris is reminiscent of a history or legend, Warther, Berenice, Antoine and Cleopatra, Lescott, Education Sentimental, Dominic, they all fell out of my mind because I read Romeo Juliet, Paolo and Francesca, Hernani and Donna Soul in Semile, I don’t see any of them anymore because I was in World War III in the summer of 1943, the year 1943. On the night of August, somewhere in the Kurkureu Valley, I met Danieer and Semily, who were driving their Zahir cars, and the little Seyit, who were telling their stories. “ 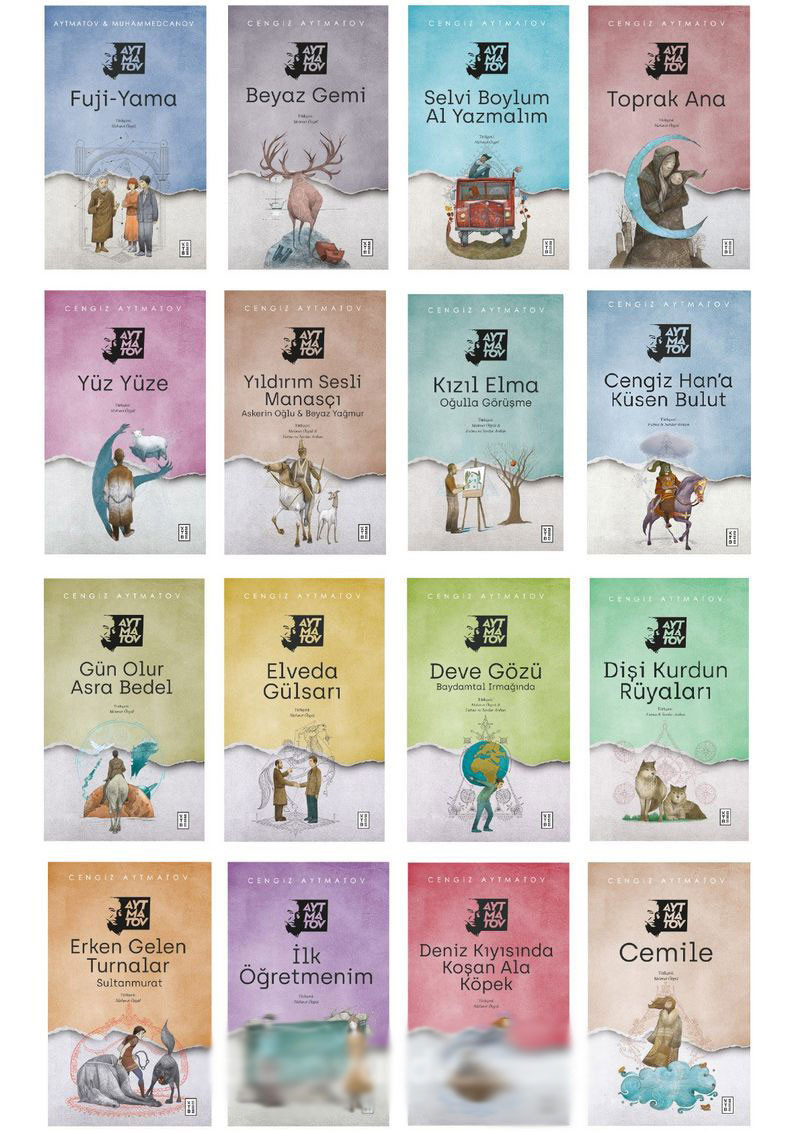 After the death of his father, he returned to the village from Moscow. In the words of Chingiz Aitmatov, this is the place that “grabs someone’s destiny.”

Here, listen to the stories, legends, songs and folk songs of his grandmother Genghis. These narratives not only become “narratives”, they improve. The Aitmatov family moved to Kirovsk in 1938, where they continued their education at the Russian Regional Boarding School.

2. In 1942, the most difficult year of World War II, he dropped out of school and, despite his young age, became secretary of “Colehose”, a tax officer and worked as a Russian language teacher. Growing up back and forth by personally observing the pain reflected in the faces of hungry, sad and helpless people who have lost their children and spouses. Aitmatov uses these observations in almost all of his works.

After the war, he moved to Kambul with his family, and in 1946 he entered the Veterinary Technical School. Under the influence of his teachers, he started reading Russian classics. While writing poetry, he started writing and translating stories on the advice of a teacher.

Chingiz Aitmatov wrote his first story, “Journalist Seuda”, which was translated into Russian and published in Pravda in 1952. He attracted the attention of literary critics through his writing and was invited to the Gorky Literary Institute in Moscow, where he taught creative writing to improve his writing skills.

He joined the Soviet Communist Party and the Soviet Writers’ Union in 1957, and in 1958 joined the Faculty of Letters in Moscow. He worked as a Central Asia correspondent for Pravda for five years.

In 1963, he was considered worthy of the Lenin Literary Prize for his short stories “The First Teacher”, “Camels Eye”, “Semily” and “Selvi Byloom Al Yazmalim” and his “Tales from the Mountains”.

He fell ill while filming the novel The Day Happens Asra Bedel. He died on June 10, 2008.

The state is the fuel of human fuel.

Man is always the same, he does not develop as much as a hair.

They say there is hope as long as there is life.

The hardest thing for people to do is to be human every day.

I am never different from my boyfriend, I am his hair, I am his breath.

What happens when a branch breaks, as long as the trunk of a flat tree remains intact.

I could close my eyes, put my ears, but I couldn’t think.

What a beautiful song the elders sang! Each song is like its own history.

If emotion is nothing but song then why be ashamed to sing?

People today accept themselves as he is; But it is his nature to be someone else tomorrow.

Strange creatures, those people! They were not stable, they shouted and raised their legs.