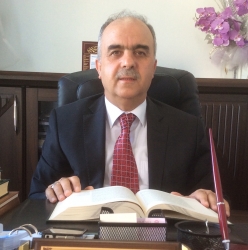 In the name of God, Most Gracious, Most Merciful

In Islamic morality, the child’s duty to parents is emphasized, and the subject is widely covered, especially in the Qur’an and Hadith.

Both the Qur’an and the Hadith focus on the duty to respect one’s parents and to treat them well, right after the obligation to worship Allah.

Indeed, in verse 83 of Al-Baqarah chapter, the eight things that were entrusted to the children of Israel and promised to obey (Misak) were, at first, the obligation to serve Allah alone. And kindness to parents (Ihsan) is shown first.

Similarly, chapter 151-153 of Surah An’am, where the main moral responsibilities of Muslims are listed. It is seen in the verse that after worshiping Allah, kindness should be shown towards parents.

It is seen in the Qur’an that in the 23rd, 24th and 25th verses of Surah Isra, the issue of respect for parents has been included extensively.

In these verses it has been mentioned that it is obligatory to take good care of one’s parents after worshiping Allah. Even parents seem to be obedient whether they are Muslims or non-Muslims, virtuous or sinful.

In the 23rd verse of Surah Isra, which he read at the beginning of my sermon, as a simple expression of disrespect to parents, “Don’t tell them Ordered.

Scholars of tafsir and ethics refer to the expression “an inner trouble”.A.They say the word “includes all kinds of disrespect and rebellion.” In verse 24, it is requested that parents be protected with a sense of humility arising from feelings of empathy.Say: O my Lord! Please be kind to them as they showed me kindness and compassion as a child. ” To pray Requested.

It is significant that empathy is cited as the main cause of respect for parents, and thus emphasizes the importance of emotional bonding between parents and children.

Because the feeling of empathy is the basis of material and spiritual interest between children and their parents. Since God’s grace and favor depend on His mercy, asking God for mercy on one’s parents means seeking all other divine grace.

In the Qur’an, the story of the ancient prophets also emphasizes the power and importance of emotional bonds between parents and children.

For example, Hz. As a result of Noah’s persistence in unbelief, in the verses describing his struggle to save his son who was not allowed to board the ark before the flood,

In Herz verse (Taha 20 / 38-40; Casas 28 / 7-13) the greatness of parental love and compassion for their children is described by the efforts of their mother to save Moses who was worried about Pharaoh’s death, the pain of separation and the joy of reunion. Is published.

In Surah Maryam, Hz. Verses (41-48), which describe a conversation between Abraham and his father Azar, it is interesting that they show how a child should treat his parents.

Here, Hz. Abraham called his father Azar “Father, my father” at the beginning of each word; Although his father was a polytheist and used extremely rude and threatening expressions, he maintained his dignity, “Peace be upon you, I ask forgiveness of my Lord for you. “ (Mary, 13/47) says.

In Hadith Sharif, which I read at the beginning of my khutbah / khutbah: Satisfaction of God, with the consent of parents; God’s wrath over parental dissatisfaction “ (Tabarani) means our beloved Prophet.

In all the hadith sources in one hadith, Hz. The Prophet (peace and blessings of Allaah be upon him) listed the most important deeds according to their value to Allaah as “timely prayer, kindness to parents (Birrul-Walidayan) and jihad in the way of Allaah” (Bukhari, Adab, 1; Muslim, Iman, 137). Again, in a long hadith written by Bukhari and other hadiths, it is seen that the first good deed that enables people to accept their prayers in difficult situations is respect and hospitality towards parents (Bukhari, “Adab”, 5; Musnad, II, 116). .

In addition, the hadiths on the moral duty to parents state that rebellion against them is forbidden and that rebellion is generally “LawIs expressed by the concept of ‘.