We are in 2015. The Öztanık family, who have lived in the Levant of Istanbul for three generations, have a very important meeting at their home. The young representative of the family, with a gas pen in his hand, draws balloons on the whiteboard and excitedly shares his dreams of business life with his father, brother and company executives. It offers a business model centered on the real estate industry, in contrast to a team of 5 people. “We will have hotel management on our roof. Below this will be the side areas. We will specialize in the kitchen. We will run restaurants from all departments and train qualified staff. We will create an office hotel concept. “I’m talking about a spectrum that will open up like Matryoshka,” 29-year-old Ismet Ozatnik managed to show the dreams of those who listened to him that night.

The foundation of the Lucis Initiative, which was created by Father Lutfi Oztanik, his brother Senk, and his own name, was laid that night. Lucy has invested in the country and in England for 7 years, where the family has built their second home since 1980. In addition to the hotel (Avantgard Collection), the number of people in Istanbul and Bodroom has increased to 5 and which are also famous for their cuisine. ), In July last year, a new ring was added to the wider investment area for integrated facility management (Soluto Company provides services for this purpose). The acquisition of the world-famous Market Hall opens a new door for the Öztanık family. Become multiple restaurant operators under one roof.

Owned by UK-based Venture Capital Fund Jis Court Partners (GCP) and one of the most well-known private equity funds, Bridgepoint, Market Hall has a total area of ​​5,300 square meters, 24 kitchens, 8 bars and 1,500 square meters. Meters in 3 branches in London, Oxford Street, Canary Wharf and Victoria. Has the ability to sit. It serves as the largest food market chain in the country.

Ismet Oztnik, founder of the Lucis Initiative, aims to open up to Turkish brands through their London investment, noting that “we will open 3 or 4 more branches in London. We plan to expand the field from Europe to the United States and to new countries. “ 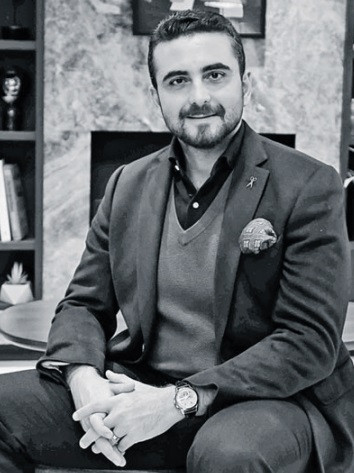 It will also grow in e-commerce

İSMET ÖZTANIK defines Lucy as the investor’s roof over his head. The main backbone is tourism based services sector. আমরাztanık said, “We have become a major investor in our Lydiana e-commerce company to build an investment culture and achieve vision. “Our strong support for the Endeavor initiative has inspired them all.” Öztanık also serves as a partner and advisory board member of Colendi, a financial services platform that helps customers, merchants and financial institutions overcome the limits of corporate bias in credit cards.

We have to work sincerely to bring the young generation forward.

Representing the ancestral side of İsmet Öztanık, the Öztanık family has 4 independent hotel operators. “On my mother’s behalf, 7 different hotel companies work with us in the Sevahi family. In other words, the hotel management is in our genes, “said Oztanik. 161 buildings with the most traffic is almost my child, ”he says. Mentioning that the building was 23 years old at the time of purchase, Ismet Ozatnik said, “If we are entrepreneurs and big decisions with my brother Senk at that age, we can say that we are luckier than most of our colleagues. My father Lutfi’s reputation and confidence are important to us. “With the snow, the damage is done. Sister. The young generation is valued for the family. The young generation should not compromise in working with sincerity, loyalty and honesty. Success is not always just for you. It is a tightrope acrobatic,” he said.

25,000 square meters of real estate is being developed in Shishil

Final preparations are being made for a project important to Istanbul, on which Lucius has been working for many years. At the junction of Shelley’s busiest streets, including Rummeli Avenue, construction will begin on an area with 25,000 square meters of usable area, including three facades, very close to the district symbols. The project, which is designed with a multi-service approach where accommodation, passages and independent businesses will be located, is operated in partnership with Turkish and German companies. “We have some more time to talk about the location and details of the project,” said Ismet Ozatnik. “We are planning both a modern period and a timeless architecture. . ”