I hear the name of the person I talk to lately. It is admired and amazed. We are committed to getting to know Halit zgür Sarı better. He came to the studio in the evening after finishing the day’s shooting of the set. Even after working all day, he still has a smile on his face. Tall, dark, gentleman …
It fits all screen standards. She loves to hang out. We had a coffee and started the conversation.

Women in particular love you. In a short time, the number of followers has exceeded one lakh. You start appearing in the lead roles. However, there is no information about this. Where does your story begin?

My mom and dad are from Antep. I was born and raised in Istanbul. My mother was a housewife and my father was self-employed. I have an older sister, she was lucky for me. I have always seen your support. I can say that mine was an unpleasant, classic growth story.

You study economics at Bilgi University. Why not economics and acting?

I don’t even know, I was good at math, maybe I chose that (laughs). But I did not go to university by choosing the department according to my character. I have already left school for acting.

So is acting in college mixed in your blood?

There was always a fire burning inside me, but I didn’t know what that fire was. I found the reason on the way to college.

So what are you

I don’t think the life I was in was connected to the academic world. I realized I had to leave school.

How was your family’s reaction?

My family found out about this two years later (laughs).

Two years? For a long time. How did you manage to hide it?

I was going to school from home, I was meeting my friends all day, I was taking acting training. Then I walked home as if I had just returned from school.

How did you admit it?

Let’s just say I had to admit. My sister is also a graduate of the same university, everything works online. When my sister wanted to see the results of my course, I said “I dropped out of school”. They didn’t respond as well as I expected … if I had said it from the beginning.

Was the goal really acting or did you want to be famous?

Fame was not my concern, nor was it a consequence for me. Being a well-known person is not a big deal to me, to be honest.

What is important to you?

No matter what I do, I want to be good at anything! This is how I work in agriculture, whether I am a teacher …
I’m acting and trying to do better. I have a motto for myself: I have no idea of ​​being, I am in the state of being, on the journey of being. I love and enjoy it.

Yeah Al that sounds pretty crap to me, Looks like BT aint for me either.

We first saw you on screen four years ago. You are now in the lead role. Is it scary to be lead?

It’s not scary, I’m not doing anything different from what I was doing four years ago, I’m acting again.

How was the journey for you?

For me, in life in general, the path you take is important, not the result. In my journey, I put luck in the first place and effort in the second place. In the past too, I have followed this path with love, faith and work.

If you weren’t handsome, would you be here today?

I will If I ask you a question …

Now you are interviewing me. Did you surprise me

I’m sure you’ll be curious about me even if I’m not handsome!

Good answer. Every day a new player enters our lives. What is your difference?

It’s like a clich, but I really love my work. I am also a person who lives with my heart.

What does this mean?

Those who work with their brains out there are more tactful people. I stood beside my heart. This is not a choice. My heart has not failed me yet.

Among the strong youth of the new generation who show you. Are you young

I’m a junior too … I could play a character you wouldn’t call John tomorrow. That’s why when you say “yes, I’m a junior …” then the next “o” is very important. 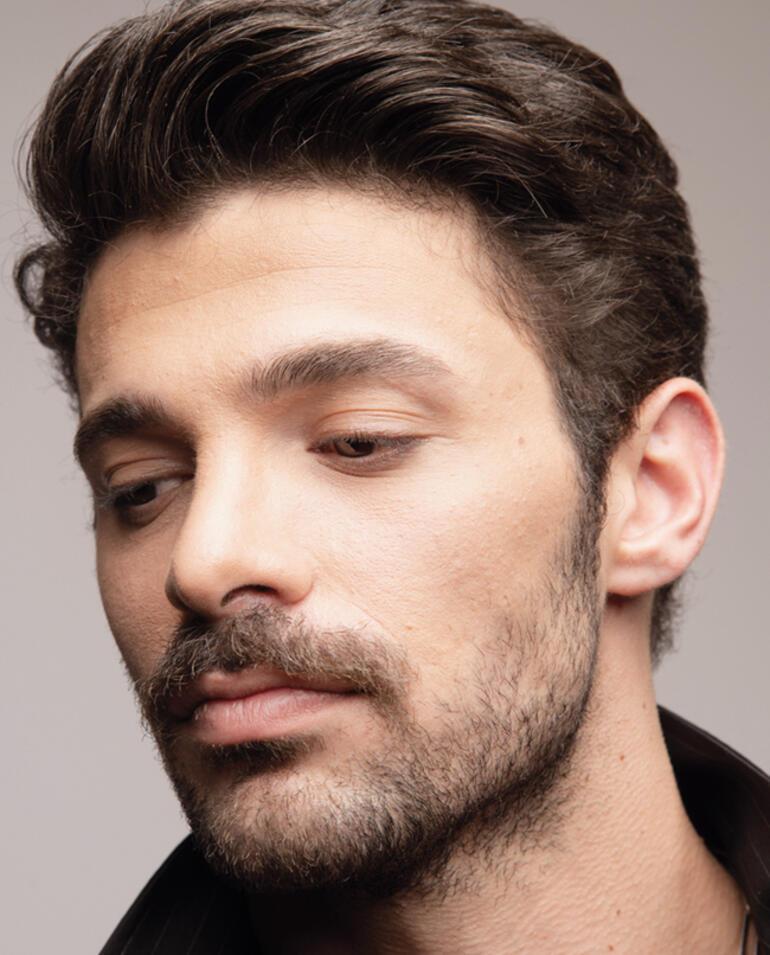 I’m going to have a bad day if I don’t apply oil to my hair after I get out of the shower.

If we talk about your new job … how would you describe your character from your own perspective?

I played two characters named Pamir and Levant. Pamir is a commissioner, he is good at his job. He is a cold-blooded man who can do anything. In the story, Pamir changes his identity and becomes a Levant. Nowadays, in the character of Pamir and I in the character of Halit, we are in the process of exploring the Levant. This search is fun.

Based on the name of the series, what is hidden in your life?

As such I have a strange superstition.

Nowadays, I often see dead animals on the highway and when I see them, my day will be worse. My mom has a necklace she bought, and I feel bad if I don’t wear it. I didn’t apply oil to my hair after I got out of the shower
It’s definitely a bad day (laughs).

Love can be the attraction of opposite characters, who are very similar and have to maintain their relationship. It seems wrong to me to put love in one mold.

How would you describe love?

Love is something that is hard and requires patience.

Are you realistic or romantic?

Both … but I’m too romantic.

What was your most romantic move?

Once, I completely covered a girlfriend’s house with balloons, made a path with candles and prepared a beautiful dinner table.

I am obsessed with the king’s crown

What do you want to get the most?

First, my biological family, then the ones I have chosen, the ones I now know as my family, let success and health be with me.

What’s one thing you can’t stop after you start?

Lying … because lies give birth to lies.

What was the most embarrassing thing you ever did?

I was staying this morning, I was going to the set, a rap song of my choice came out in the car. I was driving, singing and dancing hilariously. I turned my head and saw our set in the next car!

Do you look at something without looking away?

The king’s crown. I have a crown obsession.

This is the first time I’ve heard …

What do you pay attention to on a first date?

What can you not tolerate in a woman?

What would you be if you were an object in your girlfriend’s house?

I will be the mirror

Last year, you had 40,000 followers on Instagram, today it’s over 1 million. Does fame scare you?

No, because nothing will change in my life. Neither the people of my life, nor the way I live my life, nor my thoughts about my own existence … so I feel very comfortable about it. You know, it can scare some people, surprise others, and make me stumble. I shouldn’t talk too much, but again, I’m surrounded by so many wonderful people that I trust them so much.

Has the interest of women changed with this popularity?

I don’t want women’s attention to be directly proportional to fame, Hakan.

Do you get obscene offers on social media?

I’m not at a time when I’m thinking about something like that. I am a very lucky person, surrounded by people who care and protect me. I also want to make the most of this opportunity and I know its value. And I’m really obsessed with my work. I work hard five or six days a week.

Are you in love right now?

I’m not really at a time when I’m thinking too much about love.

There is no limit to my dreams, the sky is my limit

There are many who find you handsome and attractive. Do you like yourself

Don’t take it physically, I like myself overall. Even in my humane way … if I had life again I would want the same thing.

So let’s come from the human side. How would you describe yourself to someone who doesn’t know you at all?

You can have a lot of fun with me, you can chat, you can trust me.

What about their darkness?

I can blow your mind a lot. I am a person who likes to talk and chat. I can ask a lot of questions. That’s me, and I’d like to take such.

What do you most wonder about when people meet you?

What makes you angry in life?

Lying When I catch it, my reaction is to fall asleep fast. Injustice bothers me too.

Now I dream … See you again after five years. Do you think you will sit next to me?

First, there is no limit to my dreams. The sky is the limit for me … so I am confident in my dreams. I dream too much. Maybe that’s why some impossible things can happen. Then I dream now. When we sit down after five years, I want to tell you, ‘I’m a much better player than I was five years ago.’ I’m not writing anything now, but when I go to work, take a bath, brush my teeth, stories form in my head. I could do one of them and explain it.