Hatice, who met her father boxing at an open gym in Malta’s Akadag district when she was just 9 years old, reached the gold medal she won first at the Under-22 European Championships and later at the 2022 World Boxing Championships. , An easy way.

In the wrestling movie, world famous actor Aamir Khan played the role of the father of a former wrestler who wants to make his daughter a champion.

Although Hatice’s father, Kerem Akbas, was the champion of Turkey, he regretted not being able to get an international degree like the father of film.

Like the wrestling movie, “If I can’t be myself, I’ll have a daughter.” Kerem Akbaş, who traveled with the idea of ​​his coach, received a Father’s Day gift with a gold medal from his daughter.

World champion Hatice Akba talks about how she started boxing.

“My dad started a boxing gym. We started playing with him as 3 siblings. My dad started raising us from a very young age. In fact, my other siblings and I achieved good results. My other siblings didn’t continue, I continued on my way. Got it. Since we live in a small town, it doesn’t matter. “My luck was with my father, because he was also my trainer. No matter what anyone says, we have ignored it. “

“My father is the architect of all my success. He never gave up his support. I won two gold medals in a short time,” said the 21-year-old national boxer, looking his father in the eye with great affection. 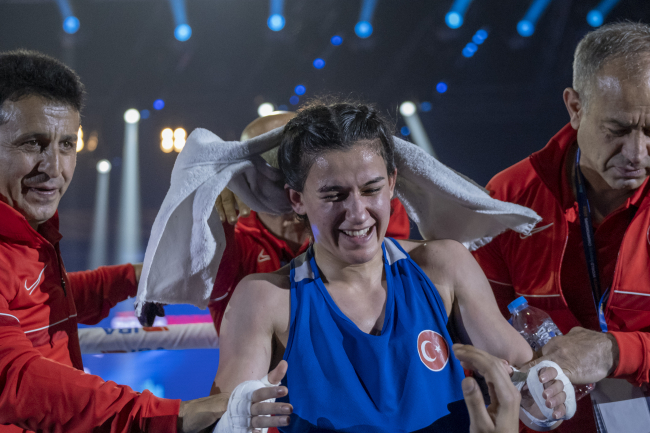 “My final match was with a British boxer. It was great. When I won, my dad and I ran to everyone. Others were crying and hugging,” said Hatice, who never forgot the memories she had with her father at the European Star Boxing Championships in Ordu. “I will never forget that moment. It was my first big championship. It was a good feeling.” He expressed those moments.

“After the success of the bus, Turkish boxing has moved to a better level in the world. I want to bring a gold medal for my country. In Paris. I want to go to the undefeated Olympics,” said Hatice, referring to her biggest dream of winning the 2024 Paris Olympic Games. Says 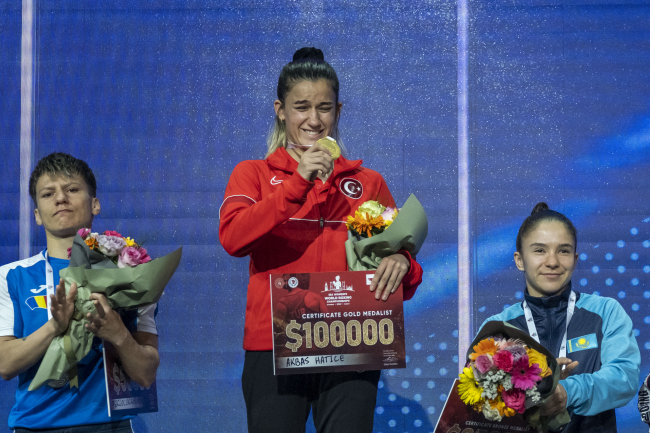 Kerem Akbaş: They have officially turned our ‘wrestling’ into a movie

Father Akbas, on the other hand, spoke of his daughter with tears in his eyes. Kerem Akbaş says he became Turkey’s boxing champion in 2010.

“When I became the champion, my daughters were only 8-9 years old. My son was also 10 years old. I opened a gym in our district. It was a construction site. We lacked materials, our gloves were torn. I had to do it. Give it to me. ‘ I said ৷ “The president of the federation is Eyüp Gözgeç The President of the Fenerbahçe Club, Ali Koç, has taken great care of us Now we want a beautiful boxing hall named after Hatice Akbaş from the authorities “

Akbas says he is very proud of his daughter’s success.

“They officially turned it into our ‘wrestling’ movie. In the same movie they said, ‘You are like father and daughter’. I said ‘yes’. I wanted my daughter to be successful and be an example to girls. I have worked for this medal for years. There is happiness and tears in this medal, everything. “

Akbas also talks about the feelings of Hatice after winning the World Championships in Istanbul.

“During the World Championships, when the referee announced the winner, I was very excited. I still couldn’t hold myself back when I said that. My heart almost broke. I said, ‘Oh my God, what’s going on. Good luck. Our next goal is the Olympics. We will hoist the Turkish flag. We love our motherland very much, our goal is bigger. “