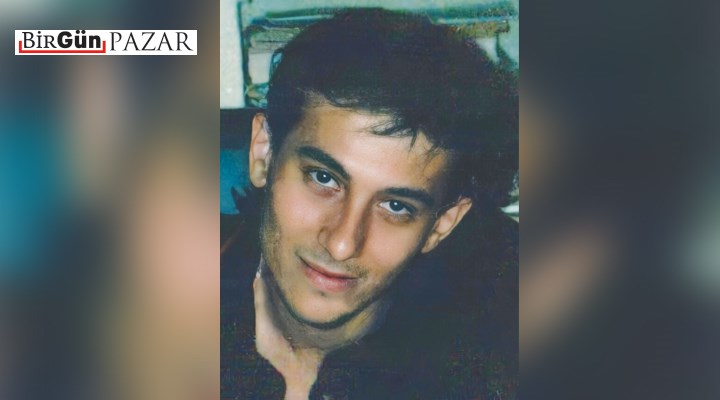 Ayhan Deacon, a member of the SOL party, died on 16 June in Bursa.

I was born in Bursa Kuplupina’s Mahalesi Gunes Soka. A few years before I was born, my parents bought half an acre of land and then they built a building with six shops and a house. This building is not like my parents’ house in Hurriyat Mahalsi, because it is not in a garden, it has no roof, the roof was leveled so that one floor could be reached in the future (two more floors were reached in the late seventies) … The definition of “adjacent order” is heard nearby. The buildings will be built north of the plot and when the adjoining buildings come together a road will be born here. Realizing that the road could give rise to something, Headman says, “Let it be called Gunes Sokak, let it rise like the sun.”

One of the first words I remembered on the street when I was a kid was “The boy is tempted”. When someone buys something, they will explain that they made a mistake: “We bought it because the baby was tempted …” My sisters were reading Hey Magazine and they were constantly imitating. My father would scold me and say, “No, we can’t, because your friends will imitate.” Everyone was buying everything for their kids, because kids are always jealous of each other.

I don’t know if we’re really imitating, it shouldn’t be hard to encourage a child to do something. One of our neighbors bought a folding ladder, which was not very common then, and when my dad said, “Good-bye, use it,” the neighbor said, “We weren’t going to buy it, but the baby was tempted.” Expected … Although I do not understand why our neighbor’s child prefers a staircase, for some reason, I suddenly felt myself. I found this ladder while taking care of it.

Many people love their father, and especially when the father dies, many false myths are created after that. Since I lost my dad at a very young age, I don’t fully understand whether the words he said to me were an illusion in my memory. Imagination of memory raises my suspicions. On the other hand, I vividly remember my dad bringing a banana or chocolate home, hiding it in a paper bag as if it were a crime tool. “Don’t eat these,” he would say, “your friends can imitate.” If a paper bag was used instead of a mesh, we would realize that there is something valuable in it: if there is something wrapped in a paper bag, it is valuable.

They used to draw beautiful fists on the walls of the neighborhood. I would spell what I wrote: “Kill Surya Fasi Fasi Shijjajjammam.” It was the quarter of revolutionaries. Upholsterer Hassan Abi, grocer Nejat Abi, carpenter Saban Abi, everyone had to be a revolutionary. Everyone was listening to Orhan Gansbe, every repair shop had a mujde and a postcard. Orhan Gensebe and Mujde were also revolutionaries. I was afraid of Kanchi Uncle Sevat, he can’t be a revolutionary.

We used to go to the mosque to recite Quran. The Qur’an will be recited in the hut next to the mosque. I would love to go to the mosque if I don’t pray. It was a huge playground, we would smolt on the carpet, no one would be mad at us. Singing “Allahummessalillah” together in the Tarabeeh prayer would have upset me, and I thought that anyone who heard it would stop ignorance and become a Muslim immediately.

One day while going to school, I met Ayhan Abir. He was six or seven years older than me, when I was eight, he was fifteen. Ayhan Abi was not like the others, he was a true revolutionary. At night I saw him writing on the wall of our alley. “Hello,” he told me. I don’t think anyone has ever said “hello” to me with so many faces before. People would usually say “What’s up” or “Kerata Tumi” or something else, but Ayhan Abi would say “hello” as if I were a big man.

Our neighbor was Circassian, the people next to him were Albanians. In my grandfather’s words, “Makers were everywhere”, we were Georgians, but why didn’t anyone take note of the fact that my mother was Pomak? They called Kurtik, the neighbor next door to us, and their sons replied, “We are pure Turkish, we are from Polatli.” There were also people who were called “grocers” even though they did not sell any fruit.

I haven’t heard the word “Alawite” yet, but we were taught that we are “Sunni, Hanafi”.

There was beer drunk in the cafe, beer drunk in the street, Cheng women drank beer on the night of Mehdi, and street weddings smelled of anise everywhere. A neighbor had a calendar printed with a picture of a naked woman, and one of my father’s travelers hung it on the wall. When my dad pulled out the calendar, a friend of his said, “These guys are young, let them see the photo.” I don’t understand why the boys are looking at the picture.

While Ayhan Abi was writing on the wall, a policeman came silently and shot him in the back. He was about to die on arrival at the hospital. We grew up while he was in the hospital. In my childhood, Ayhan Abir had a thing like meeting him in a sick bed. Ayhan Abir’s leg did not hurt as the bullet hit him in the spine. Every time we went to the hospital or to his house, he would greet us with a smile and say “hello”.

We grew up feeling ashamed that we were walking and running. What if Ayhan Abi sees us? What if he takes care of us? We hid our walk in paper bags.

We worked in Akin Abir’s accounting shop, we played chess, Ayhan Abi played baglama and guitar for us. We’ve heard of Suat and mailsmail Abi with Eagles, Styx, BeeGees. We read Kumhuriyat until the end. I met Marx, Engels and Lenin on Sun Street. We laughed when we saw Aziz Nassin’s book there, went to California with Steinbeck, went to Russia with Gorky.

As he grew up, no one was left on the streets, no one died, no one went to Nudufar in Mudanya. We kids won the university and ‘threw the lid’ on Istanbul.

As the buildings rise, the sun will not rise on our streets, I will not go year after year. The urban transformation of the neighborhood has taken place, and the whole house that my parents gave their lives for was paid a price for which I could not afford to buy a porch in Istanbul.

Only Aihan Abi remained, he liked my post on Facebook. Sometimes it sends a very short message: “hello”

This is a quote from Ateş İlyas Bassoy’s book “If You Will Love, Radical Love”. Our tribute to the memory of Ayhan Deacon.