exp dr. Meltem Can Ike issued a statement on ALS on the occasion of “World ALS Day” on June 21. Dr. with information about the disease. Dr. Meltem Can İke, “ALS (amyotrophic lateral sclerosis – motor neuron disease) is a disease that develops due to damage to motor nerves that stimulate muscles and lead to muscle weakness. Although the exact causes of ALS are unknown, genetic and external Makes connections. And the motor neurons below are destroyed. If the muscles are not stimulated, voluntary movement cannot be done as it should be, “he said.

The initial symptoms of each patient will not be the same, said Dr. Dr. Weakness or thinning of an arm or leg is usually the first sign of a patient. Difficulties in performing normal daily tasks (difficulty holding pencil, difficulty carrying glass, difficulty buttoning up, difficulty walking, stagnation and falling) are observed, Ike said.

exp dr. Ike goes on to explain: “Sometimes the disease begins with difficulty speaking or swallowing. The patient himself or his relatives notice the lisp and nasal passages. These symptoms include muscle spasms, pain and cramps. The respiratory and chest muscles become weak. Infected and have difficulty breathing. Uncontrolled crying and laughing. The disease does not affect all the muscles of the body. The patient can control his bowel and urination. The heart muscle is not damaged. “

Talking about who can see the disease, Dr. Dr. “The disease can occur anywhere in the world and in people of all walks of life. It is more common in men. Although the average age of onset is 55, it can be seen at a young age and at an early age. Advanced age. Approximately 2-6 people out of millions of people are suffering from ALS. It is estimated that 6 out of them will have ALS, 90% of all ALS patients are sporadic and 10% are familial ALS. It has been speculated that the structure of the gene encoded by the superoxide dismutase (SOD) enzyme, commonly found on chromosome 21, has been shown to be degraded. However, it has been determined that a substance called ‘glutamate’ Plays an important role in neurological infections, more than normal in ALS patients. Excess glutamate damages nerve cells. Smoking and heavy metals can disrupt cell metabolism, oxidative stress and weakened immune systems. Such as lead, mercury, in contact with aluminum; Environmental factors such as infections and head injuries are among the causes of ALS. 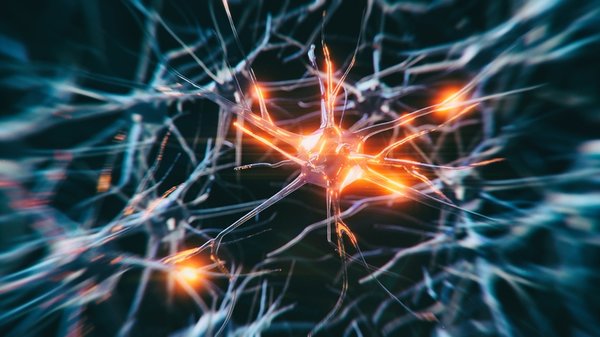 exp dr. “Alzheimer’s disease is diagnosed on the basis of signs and symptoms, electromyography (EMG), magnetic resonance imaging (MR), some blood and urine tests, and examination by a neurologist in the light of cerebrospinal fluid (CSF).” Course of ALS “It occurs differently in each patient. Although the survival time is usually 4-6 years, there are many patients who live 10 years or more. There are ALS patients who have lived for more than 20 years. Good medical care and social support. “

exp dr. Emphasizing that there is still no definitive cure for ALS, Ike concludes: “However, it has been shown that relezol, which inhibits glutamate secretion, slows the progression of the disease, prolongs the patient’s life and allows the patient to live longer. It works over time. There are many factors that contribute to the formation of ALS. Since it is effective, research into many new drugs for definitive treatment of the disease, intensive research on gene therapy and stem cell therapy is ongoing. Respiratory rehabilitation, physical therapy, swallowing and speech therapy, emotional support should be prescribed according to the patient’s needs and applied as soon as possible.